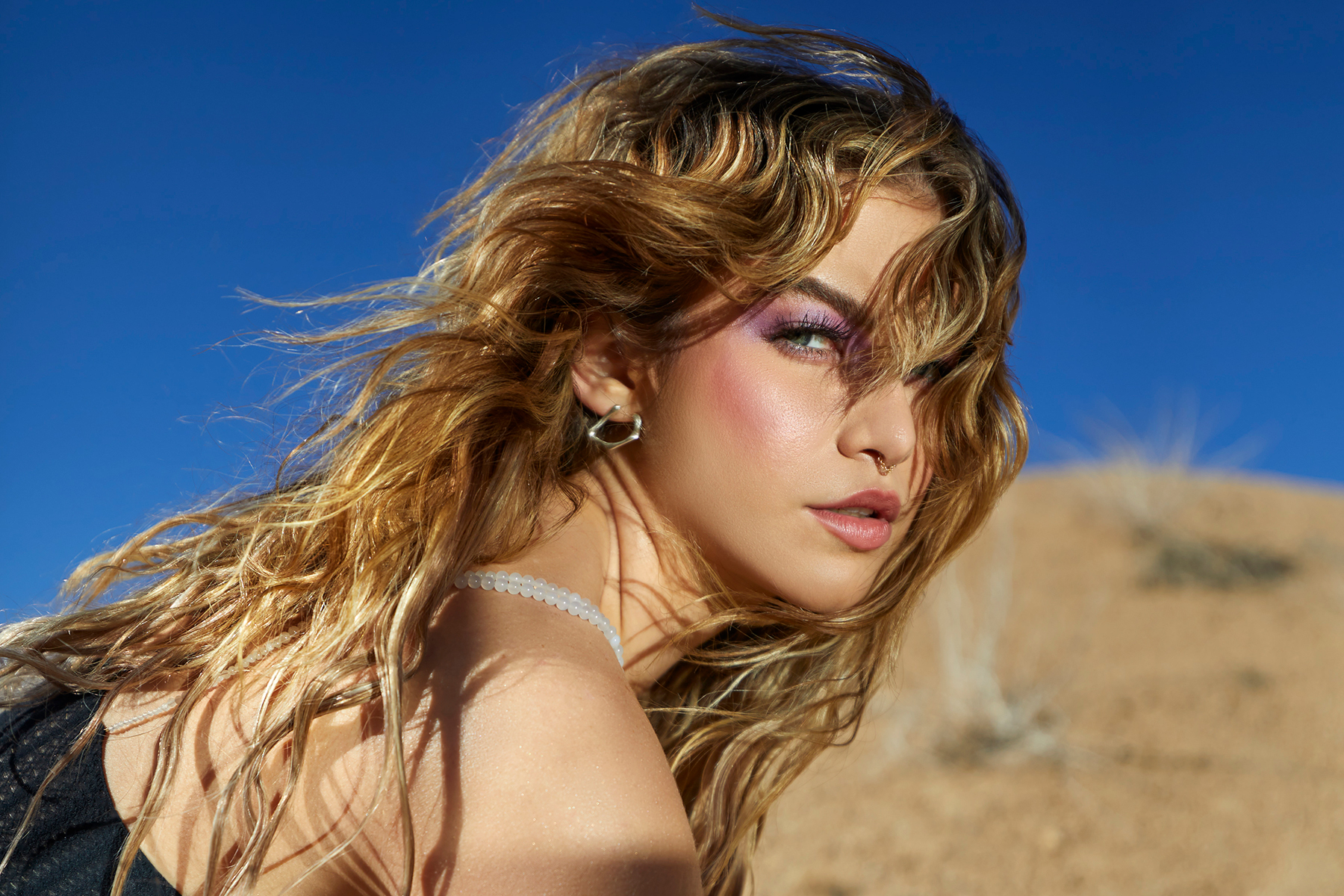 Sofia Reyes Breaks Down the Maximalist Thrills of Her New LP

A cactus, a mermaid, a cowboy hat, and la Virgen de Guadalupe all grace the cover of Sofía Reyes’ new album, Mal de Amores. It’s all on purpose. “I am a very maximalist person,” she says. “I accepted that a long time ago.” The dibujos on the cover, created by Mexican graphic designer Perrito, coincide with the wide array of emotions and genres — pop, regional Mexicano, reggaetón, trap, bachata — that Reyes captures on the record.

Reyes explains that she wanted to balance the “childlike” side of her, the colorful “bunch of emotions on the album,” and the maturity she’s gained since her debut record, Louder!, five years ago. “It’s been a beautiful, beautiful journey,” she says.

The 17-track set balances her most viral collaborations — 2018’s bilingual earworm “1, 2, 3” with Jason Derulo and De La Ghetto and 2019’s pop hit “R.I.P” alongside Rita Ora and Anitta — with a handful of more experimental tracks on which she sings solo, such as album closer “Palo Santo.” With such a wide array of sounds, Reyes admits that making Mal de Amores cohesive was the most difficult part of the process. ” ‘How can I make this album sound like it’s one world?’ ” she recalls asking herself. But she’s proud of the outcome: “That was a challenge for me. But I did a good job.”

Calling from her home in L.A., Reyes walked us through some of her favorite songs, including some feminist anthems — and her dad’s favorite track, which is influenced by her hometown of Monterrey, Mexico.

I’m gonna start with “Mujer.” I feel like the intro of that song represents the whole concept of the album. That song is very pop-urban, it has a little bit of cumbia in it. That’s one of my favorite songs because of the topic. It’s very empowering. This is who I am. I am a woman. You can say I do good, I do bad, you can say that I do this or that or whatever — but I’m a woman. That’s just how it is. The song represents femininity in a divine way.

This is the last song that we put on the album. It talks about the last relationship I was in. The emotion is definitely very present in it. I was dating this guy and he randomly came to visit me here in L.A., and then one day randomly, after me thinking that everything was perfect, he was like, “I’m gonna go stay in a hotel.” It was weird. So I tried to put this humorous twist to what happened.

With “Gallina,” I was searching for a sound that would take me back to my roots in Monterrey. It has influences of cumbia from the city I’m from en el norte de México. It has this dark humor. The chorus says, “Tú no tienes huevos” [“You’ve got no balls”]. I thought it was fun to talk about this in a different way since it’s something I actually felt. That’s how I talk to my friends, so we put it in a song. Even though I’m from Monterrey and grew up there, my parents would play all types of music. Two years ago, I started searching for the sound of my roots, and I realized that there’s so much for me to learn. It’s exciting to explore. I wanted to give myself the challenge to put my roots into my music. For the next album, I want to go very, very deep to my roots de Monterrey, y de Mexico.

This one is a very easy song to understand. It’s very beautiful, uplifting. I wrote it at a stage when I was falling in love. It feels magical to me, but also it was a challenge to make it minimal. With this song, that’s what I went for. I wanted to keep it very simple and honest and flow-y.

This is the only song that has regional Mexicano in it. I haven’t released these songs, but I was exploring corridos and a bunch of things that we didn’t put on the album. Maybe I’m going to release them later. “Amigos” is very me. I love how Danny Felix plays guitar, and I really wanted that in the song. I wrote this track two years ago, and I could see a big potential, but I wasn’t able to execute it the way I had in my mind. It was frustrating for me because I didn’t know what to do. Literally, I had to stop working on it, give it a break, and then come back. When Danny added the guitars and then Adriel Favela wrote his verse and put his voice on it, the song got to the place I was visualizing. It’s my dad’s favorite song. 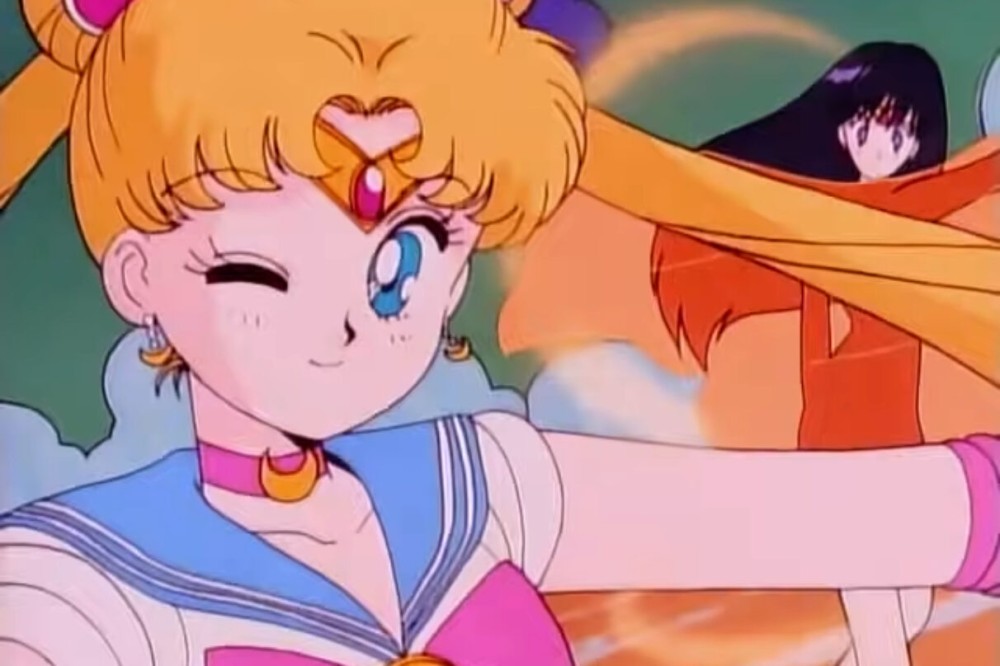 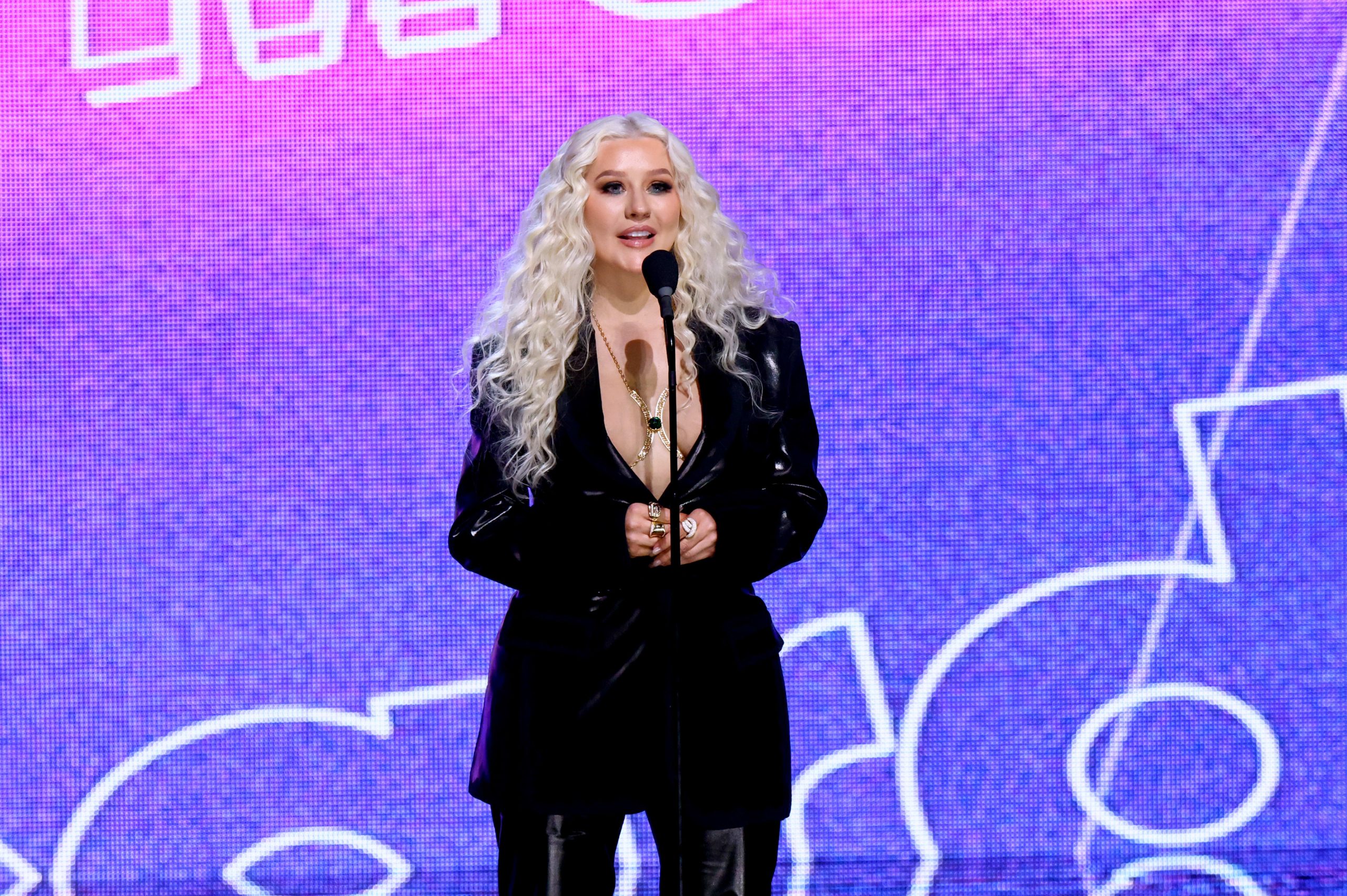 Christina Aguilera Is Set to Release Next Spanish-Language EP