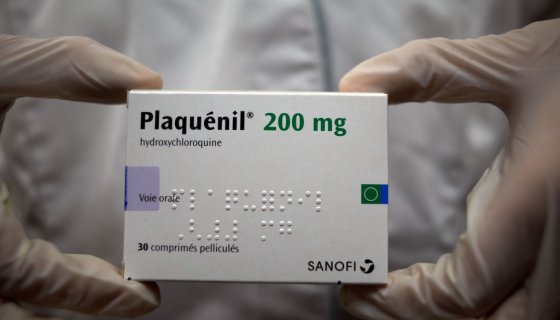 The Tuskegee Experiment of 1932 that subjected Black patients to the disease syphilis under the guise of public health and observation was a 40-year ordeal that remains a stain on America’s past. A Texas doctor applied a similar tactic on a much smaller scale after he used his deep GOP connections to secure hydroxychloroquine, and gave the medicine to elderly patients, sometimes without their consent.

NPR shared in a new report the harrowing details of the actions taken by Dr. Robin Armstrong, who is the medical director and physician at The Resort at Texas City. Armstrong is proudly touting what he calls a positive response to hydroxychloroquine treatments that he gave to a handful of patients although controversy surrounds the drug used to largely treat malaria, but is also used for patients suffering from lupus and arthritis.

The drug has been praised in some respects by the likes of President Donald Trump although the medical community is shunning its application due to serious side effects that include headache, vomiting, stomach cramps, mood swings, heart failure of which can sometimes be fatal.

The drug has not been approved by the FDA and is currently under a clinical study round to determine its best use but the growing pandemic has leaders and health officials scrambling for answers. As NPR notes, Armstrong, who ran out of the medicine, used his ties to the GOP to secure more hydroxychloroquine but amazingly admitted in the piece that he hasn’t always been forthcoming about using the drug on his patients.

NPR spoke with Dr. Katherine Seley-Radtke, a medicinal chemist at The University of Maryland, Baltimore County. She shared with the outlet that while the drug certainly has proven positive in treating some conditions, enough isn’t known to give to the wider public.

“I just find it amazing that everybody, including the President, thinks that this is just no big deal to go ahead and take this,” Seley-Radtke said. The 2018 Miami Ultra Music Festival Has Officially Sold Out