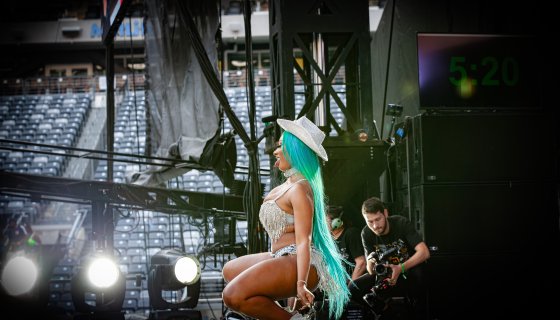 ‘s “Hotties” are nothing to play with.

On Wednesday (Jul 15) after reports surfaced that the Houston Hot Girl was shot while in Los Angeles, Megan took to Instagram to give the real details about her injuries. , Megan took to social media to dispel rumors that shot her, adding that she was already injured prior to .

In a lengthy Instagram post,  set the record straight about what happened the night Tory Lanez got pinched, and she was allegedly hurt. TMZ initially reported that Megan was considered a “victim.”

“On Sunday morning, I suffered gunshot wounds as a result of a crime that was committed against me and done with the attention to physically harm me,” Megan revealed. I was never arrested, the people officers drove me to the hospital where I underwent surgery to remove the bullets,” Meg said in her IG post.

While Meg stopped short of sharing who actually shot her, her caption had many pointing fingers at everyone in the car from Tory Lanez to the “Fever” rapper’s BFF, Kelsey Nicole, who took to IG to clear up rumors after the “Big Ole Freak” rapper’s post contained the caption referencing “protecting her energy.”

“I was never arrested. This whole experience was an eye-opener and a blessing in disguise. I hate that it took this experience for me to learn how to protect my energy,” Meg Thee Stallion wrote.

Kelsey took to her IG stories, clearing her name from being the shooter, but she did add that she was well aware of who did fire shots hitting the “Girls on the Hood” rapper in the foot.

“I want to clear up rumors that I shot Megan,” Kelsey wrote. “I WASN’T the one with the gun and would never do something like that. However I was present.”

While Tory, Meg, and her camp are remaining tight-lipped about who fired the multiple shots, that didn’t stop Twitter from hopping on the case to help solve the biggest “who done it” since Twitter tried to figure out who bit .

While many cleared Tory as a suspect in the streets, it didn’t stop the theories that he was the target from forming as one of the theories, along with the idea that Kylie Jenner was also somehow involved.

ion think tory would shoot her. i think he was beefing with somebody dumbass and instead of them shooting him they shot her foot. REMEMBER he short af which us why they shot towards her foot. they was aiming for his chest #WhoShotMeg pic.twitter.com/nGrM2DA116

Jordyn Woods rolling up after watching that live : pic.twitter.com/1ERJZ38rnk

While Twitter was busy putting in the guesswork, they also had plenty of jokes. From their take on what the “Hot Girl Headquarters” looked like after the news to other fan groups joining the search, Twitter came with nothing but jokes regarding the incident.

All of black twitter trying to find out #WhoShotMeg pic.twitter.com/RBhIoE1dbJ

While LAPD is continuing to investigate the incident, as of press time police have not connected Tory Lanez regarding the shots fired outside of the residence in Hollywood Hills.

Check out a few of the jokes below.

Megan pulling back up to Kylie Jenner house like: #WhoShotMeg pic.twitter.com/dZOiPllRSV

All the hot girls once they find out #WhoShotMeg ??? pic.twitter.com/QNJA64ywpP

Nah deadass who did it WHO SHOT MEGAN! #WhoShotMeg pic.twitter.com/QvOMcgwdBQ

The barbz and Hotties pulling up @ Kylie Jenner house like: #WhoShotMeg pic.twitter.com/dJuGNei9HS

At least they shot her foot and not her hot girls summer Knees. #WhoShotMeg

So Tory in jail, meg in the hospital and Kylie leaves completely untouched hmmmmm…. #WhoShotMeg pic.twitter.com/IMfCPrUy5T

Between black twitter and the H-town hotties, the mystery of who shot Meg is bound to be solved! #WhoShotMeg pic.twitter.com/02h1I3xNDv

Okayyy we all know tory arrested,megan got shot & kylie went home fine. But what i wanna know is WHAT THE FUCK WENT DOWN?! How the hell they go from kicking it to all this bs going down? How they get from point A to point C? #WhoShotMeg pic.twitter.com/VexeCDmcnm

This how the dude who shot Megan gonna be when we find him ? #WhoShotMeg pic.twitter.com/OQHt4xxewG

Wat if I told y’all it was Kylie Jenner who tried to shoot meg??? #whoshotmeg #MeganTheeStallion pic.twitter.com/80NyiiQ7PO 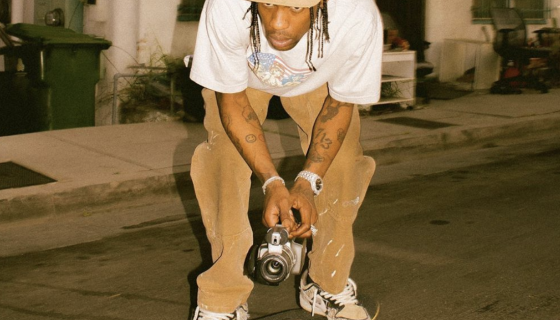