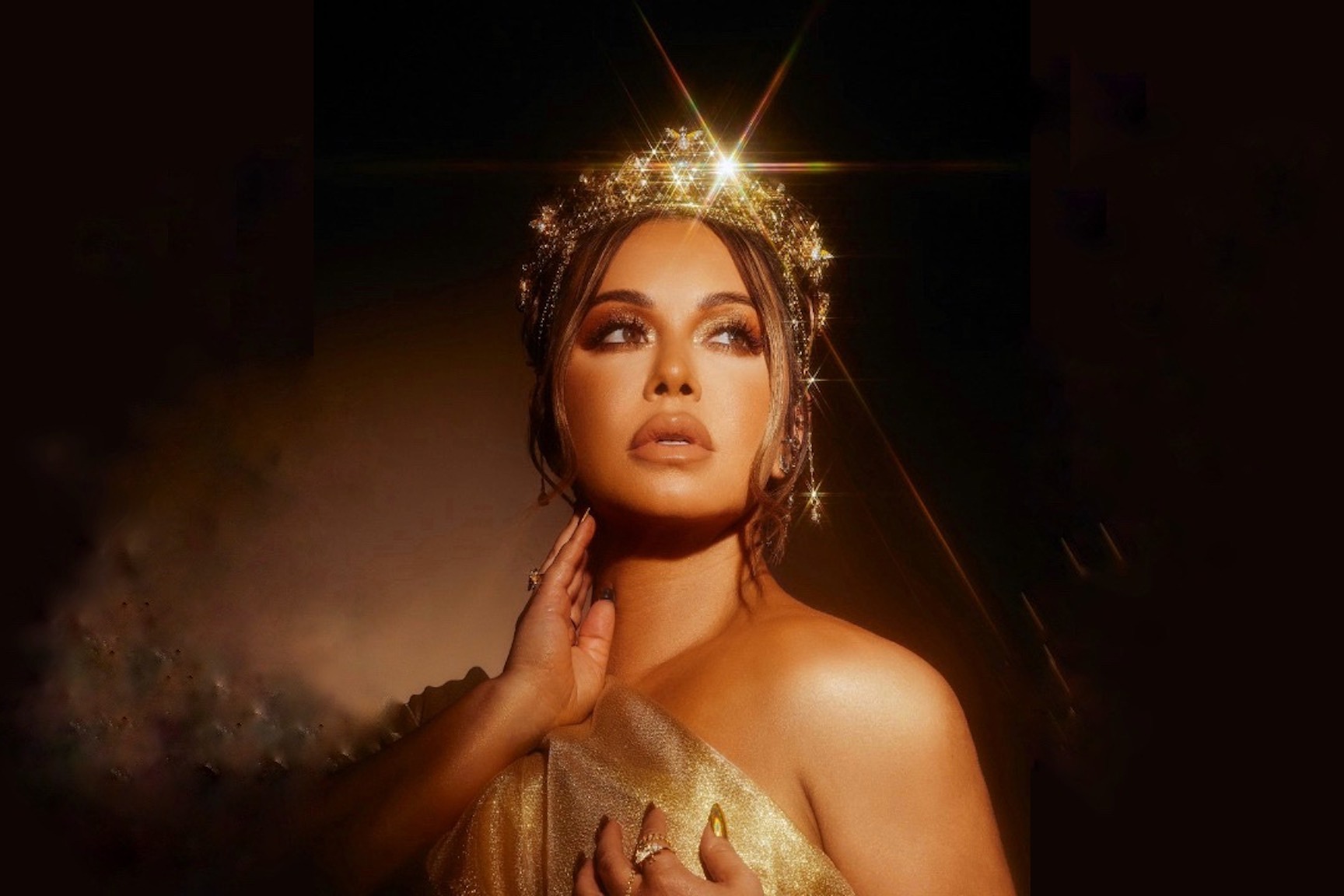 Chiquis Breaks Down ‘Abeja Reina,’ The Album That Made Her Realize No One Can Tell Her What To Do

Chiquis has never shied away from the challenges she’s faced in her personal life — in fact, her recent book Unstoppable, released in February, reckons with divorce, loss, and the responsibility she feels caring for her siblings following the death of her mother, the late Mexican-American star Jenni Rivera, ten years ago.

Chiquis’ fight to make it in the music industry has also been a tough battle that she’s been candid about, but on her new album, Abeja Reina, she’s done talking. Through 18 tracks that range from banda to corridos to R&B, she wants to show people that she’s won her stripes as an artist. “This album has inspired a different confidence in me to say, ‘Dude, I know who I am. I know what I’m going to put up with and what I’m not going to put up with,’” she says on a recent Zoom call. “I’m in a different state.”

'Nothing Is Going to Stop Me': Chiquis Rivera on Her Unflinchingly Honest New Book

Abeja Reina is full of stories about heartbreak, reflecting some of the difficult moments Chiquis has been through over the last couple of years. However, she says she wants people to understand her journey and glean some strength from it. “I’m the type of person that everything that I do, I want to show that and empower and inspire in some way. My music is no different, and I hope people are  going to feel empowered after listening to this album,” she says. “It’s going to take you through a rollercoaster of emotions, but you’re going to end on a good note.” Here are her thoughts on six key tracks from the album.

“Abeja Reina”
I’ve liked corridos since I was young: Chalino Sanchez, Jenni Rivera, Lupillo Rivera, I’ve been around corridos my entire life. One of the very first songs that I sang on a stage, when I was 10 years old, was “La Chacalosa,” my mom’s song. My genre is so male-dominated and has been since forever; my mom came in and broke down those barriers and was one of the very first woman to sing corridos and really hold her own. So I always knew that I wanted to sing corridos. Technically, this is my second one. I have one other one that I did, called “La Necia,” but it feels like this is my first. I just think it’s tight when a woman can bring out those ovaries and say, “I got this.” I see a lot more women singing corridos: There’s Ely Quintero and she sings a lot of corridos, and I love to see women embracing that side of themselves.

This song definitely expresses me in every single part of my life. I feel like I can defend every verse. The chorus says, “For my siblings, I’d give anything.” I think that I have shown that since I can remember. They’re my everything, and I would do anything for them. I believe the message on this song: I am a queen bee, and we are all queens. I come from a world where the women that I admire weren’t born with a silver spoon in their mouth like Jenni Rivera, Selena — all these are women that I look up to, and that’s been my own experience. When you start from the bottom, you grow.

“Cualquiera”
Since the beginning of my career, I’ve always wanted to explore. I’m a risk taker, and I didn’t want it to be any different in my music. I’m always like, “Don’t put me in a little box.” Of course, I love banda, but I’ve always wanted to do a little bit of urbano and reggaeton. I have that swag within me. So, I wanted to bring that out, especially on this album, because I have a plan for my next one and I wanted this to set the tone. With “Cualquiera,” there’s a little bit of flow and, of course, some cumbia. I did a little bit of everything on this album: I rapped a little, I freaking did gospel. No one can tell me what I can’t do at this point. I’m not accepting it.

“La Ex”
I wrote that with Erika Ender [who co-wrote Luis Fonsi’s “Despacito”]. I absolutely love to collaborate. I love to support other women and I’m glad that Erika is the same way. When I asked her if she wanted to write with me, she was not hesitant at all. We sat in a room for hours and it was awesome. She was totally chill. She was so humble about it. We co-wrote that with Motif from Miami and it was fun times. Erika is awesome.  I think it’s important for women to support each other as writers, and I just thought it was so cool that she accepted, because she already had a massive hit, but it was fun.

Usually, I’m a lot better at writing when I’m heartbroken, so that’s how a lot of the songs were written. The very first song that I ever wrote was “Esa No Soy Yo,” which was a heartbreaking song, and “Paloma Blanca,” which was for my mother. I need to have an idea, and I do my writing without the melody and then the melody comes later.

“A Lo Menso”
The crazy thing with a “A Lo Menso” was that I co-wrote that with Luciano Luna, and we wrote through WhatsApp. It was during the pandemic, and I was going through it and I said, “I have this idea for a song. This is the name; this is the title for it.” And we worked around that, and I would just send him Voice Notes and I’d go, “This is what I wanted to say,” and he would write back and go, “What do you think about this?” It took us about a good week and a half to finalize that without speaking on the phone once, without seeing each other — it was all through WhatsApp. It’s the craziest thing, but it worked out perfectly. And then he just sang it to me on the guitar, and I was like, “Oh my God.”

During that time, I was feeling like I had been bamboozled and I’d fallen in love that way, and I shouldn’t have ignored certain signs that I did. That’s basically what I wanted to say. That was a tough time, but during those tough times, that’s when beautiful things come. They grow out of those hard moments, the painful moments. I’m grateful, because I got a few things out of that experience.

“Entre Besos Y Copas”
This was the very last song that I recorded for the album. It was the one that I was like, “OK, this is it. This is the one that’s going to seal the deal.” We wrote it with Eddy Castillo and Eddy Santana. I wanted one of those drinking songs and arrangements where you’re like, “Oooh, I’m going to grab my tequila.” And that’s what we got. At first, I was worried that it wasn’t going to make it on the album, but thank goodness it did. It took me about three times to finalize that song. I kept saying something wasn’t right, so I went three times. I was in Brownsville, preparing for my tour, and I was like, “Find me a studio. I need to finish this song,” so I finished it in Brownsville, Texas. I wanted to make it perfect. For me, it’s crazy because banda sounds different in every part of Mexico. I want it to be from Mazatlán and for you to feel like the instruments are just crying. It was super important because I wanted something so people could see that I can hold my own in banda — because it’s not easy. Vocally, you’re competing with 16 freaking instruments. It’s hard.

It took me a while to really feel comfortable and really own it. But I knew how I wanted it, how high I wanted my voice, how forward I wanted it to appear in the mix.  I’ve learned a lot through these past almost seven years of my career. I wanted to show my vocal range. For me, it was important, especially with this album and especially after winning the Latin Grammy [in 2020 for Best Band Album], when there were people that still did not believe. I said, “I’m going to show them on this album. I’m not going to take it anymore.” When someone tells me, “Oh, she can’t sing,” I know how to sing. There’s absolutely no one that can tell me that I can’t. I’m going to give them two middle fingers and be like, “Listen to my album.”  It’s hard to go from belting to coming down and finding that sweet spot of still being sexy and not sounding like you’re yelling.

“De Contrabando”
This was more of a sexy vibe. I had little LED lights. I put on a candlelight. For me, it’s important to feel everything, and that’s why it took me so long to finish this album and to select the songs and to say, “This is a song that goes with the story I’m trying to tell.” I commend and I admire people that can just go and like, boom, boom, boom, do five songs in a night. I can’t. I have this crazy pressure because of who my mom is. For my hardcore fans, I just want them to be proud and to see how much we’ve grown together, from my first album to this album. I know they can feel it because I have fans that have been with me since day one. For the people that have never heard of my music, I hope they enjoy it. It’s good. I can confidently say that. And even people that aren’t maybe necessarily fans of my type or my genre, I think they can fall in love with one or two, three songs on this album. 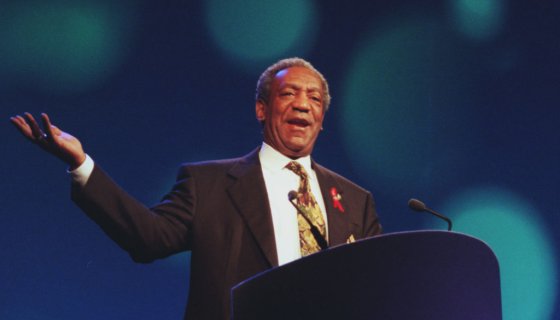