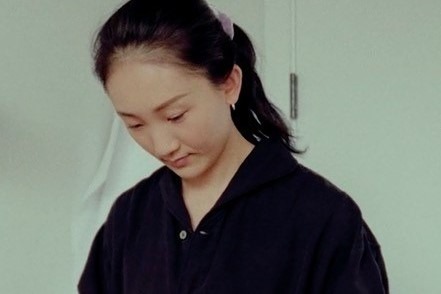 “These highly skilled workers so deserve to be seen, to be supported, and to be celebrated,” says Nay Huang, a factory manager in New York’s garment district. She’s one of eight Asian women spotlighted in Invisible Seams, a new documentary which draws the curtain back on the seamstresses and patternmakers working behind the scenes in the fashion capital.

Having poured her savings into taking over the atelier she worked at when the owner retired, Huang found herself at its helm as the pandemic struck. As lockdowns were enforced in the city and around the world, sewing machines were moved into seamstresses’ homes, and rolls upon rolls of pre-cut fabric were delivered, turned into tens of thousands of pieces of PPE.

While the public took shelter from the pandemic, Huang’s employees and the wider Asian garment district workforce faced another threat: a wave of anti-AAPI hate crimes which increased 339 per cent across the US in 2021.

“For the past year or so, in America, especially in New York, there’s been a lot of hate crime lobbied against the Asian community, in particular Asian women. It’s been terrible for the community, and I’ve been personally really moved and shook by everything that’s been happening” says Jodie Chan, executive producer of Invisible Seams. “My office is in Times Square and there was a woman who was pushed onto the tracks there. I go to this station every day, you know, now I don’t wear headphones when I’m on the train, I don’t stand on the subway until the train comes, it’s just things that are pervasively in your head the entire time.”

Chan was born in Hong Kong and grew up in Sydney before heading to New York to study fashion marketing at Parsons. Having worked in the industry for 12 years, she’d met many skilled people from every level of the industry but noticed that only a select few were deemed worthy of the spotlight. “It’s always been around models and creative directors and big time CEOs, but it’s never really about the hands that make the garments, and if it is, it’s these very romanticised European ateliers of Chanel and Dior,” she says.

As hate crimes peaked, Chan came across the work of Jia Li via the short film Spicy Village, which followed the story of restaurant-owner Wendy Li as she tried to keep the business afloat against the tide of COVID and racism. “It was this really intimate portrait of her, in which she was interviewed in Mandarin, in her native tongue, and it was so beautiful. As I was watching it, I was like ‘I wish there was something like this but about the Asian seamstresses that I’ve worked with in New York’,” says Chan.

While the film was conceived against a backdrop of racism and violence, Chan was determined that the film would not amplify stereotypical tropes of demure, voiceless women undertaking sweatshop labour. Not an exposé or a cry for sympathy, Invisible Seams is a celebration of skill.

We watch as studio manager Liangqin Chen deftly drapes, pins, and fits a dress on the form, and hear the story of Fanny Huang, a patternmaker who arrived in the US with $600, and honed her craft to “satisfy [her] own love of beauty”. Patternmaker Inni Choi discusses the excitement of living in New York after experiencing it through the eyes of Vogue and Elle in Korea, and seamstress Ai Qin Shi describes the sense of achievement she gained from making a dress for First Lady Michelle Obama.

As we hear their stories and watch them at work, the sound design underpins the proficiency and beauty of their craft, isolating the sound of thread travelling through cloth, scissors slicing through pattern paper, and machine needles humming.

“A lot of my work is zeroed in on the sensory experience of work, so it was important to me to reflect that in the film. How does muscle memory inform intuition? What does it sound like to work amidst these machines? What is running through your mind, what music or sounds are you listening to? All of those details create the big picture,” says director Jia Li.

Language was also important to Li, who interviewed the women in both English and their native languages. “[It’s] respecting the dignity and humanity of everyone involved to represent and interpret their stories as intended,” she says.

Honouring the women’s language also serves as another tool in breaking down perceptions. “Too easily, people just clump different demographics of different women together into these voiceless masses. When people talk about these ladies, they say they’re quiet, they’re shy, they don’t want to talk,” says Chan. “I’m like, have you heard them talk to each other in Cantonese or Mandarin? They’re not shy!”

Joy Mao, a young designer and recent Parsons graduate is also keen to shoot down unfounded stereotypes. “From my perspective, the reason why there are so many Asian women in New York who are involved in the garment industry is because of the pattern of immigration. And because of those historical circumstances and the labour that was available to immigrants who didn’t necessarily speak English, the garment industry became a big anchor,” she says in the film. “That’s why there are so many female Asian garment workers in New York, not because we have small delicate hands. Oh god that makes me so mad!”

While the film subverts the expectations of who an Asian garment worker is, it doesn’t shy away from reality either. One conversation in the film, for instance, charts how many women initially worked in garment factories out of necessity, skill and survival intertwined, while in another Ai Qin Shi says, “I don’t dare to live in other areas where other ethnicities live. Whenever I leave 8th Ave [Brooklyn Chinatown], it’s like I become mute.”

Chan hopes that in making the film she can build what she calls a “bridge of empathy”, not only by illustrating the value and nobility in atelier-based work, but also by centering the humanity of a group of people who have been homogenised in our collective conscience.

“Naturally, a big part of the Asian community was really excited about it, which was incredible, but I think for me it’s about getting people who are not Asian women to see it, so they can be in their shoes and have that level of empathy and understanding,” she says. “I want a cis white male based in, say, California who’s not in the fashion industry to watch and be like “these women exist” and next time they see someone in the downtown LA garment district they have a better idea of their lives and who these women are.” 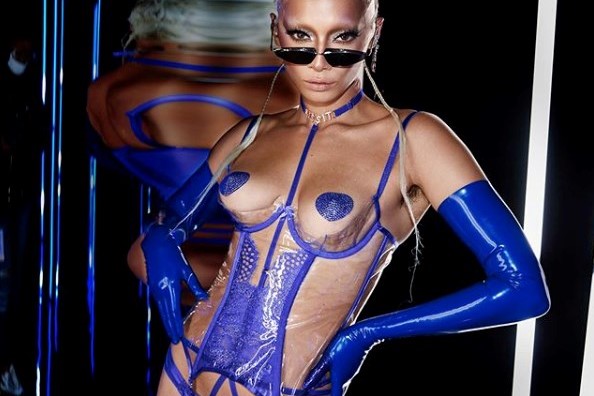 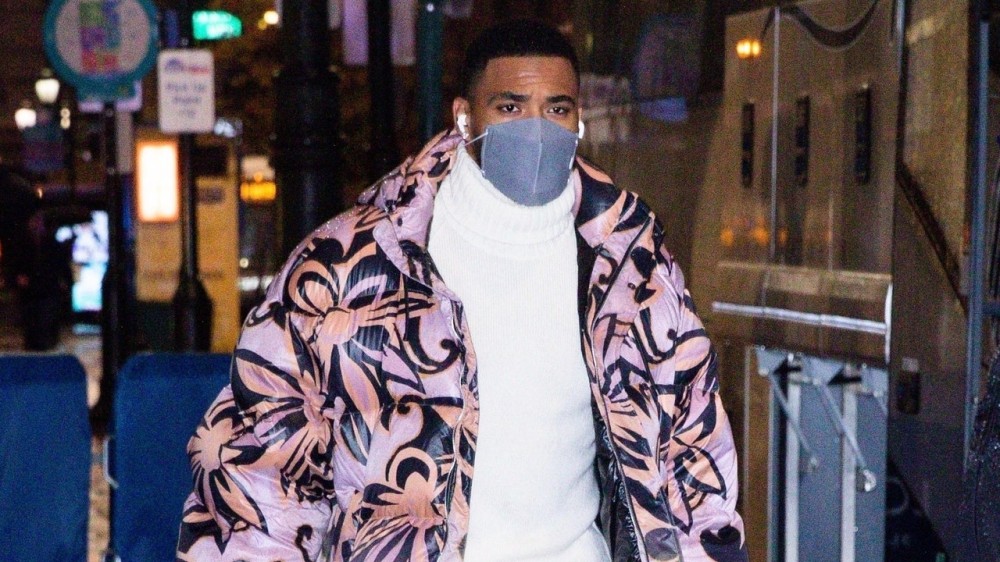 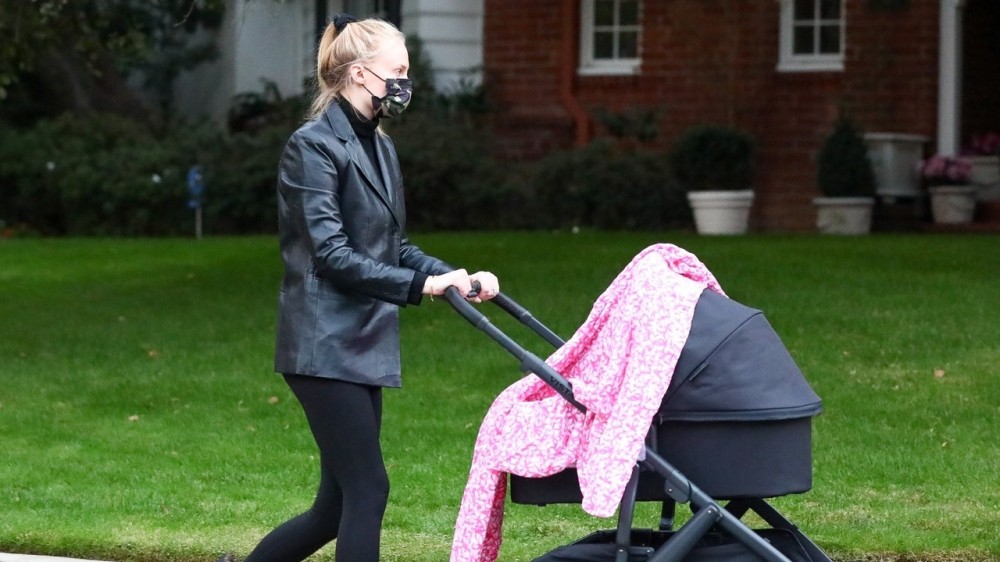