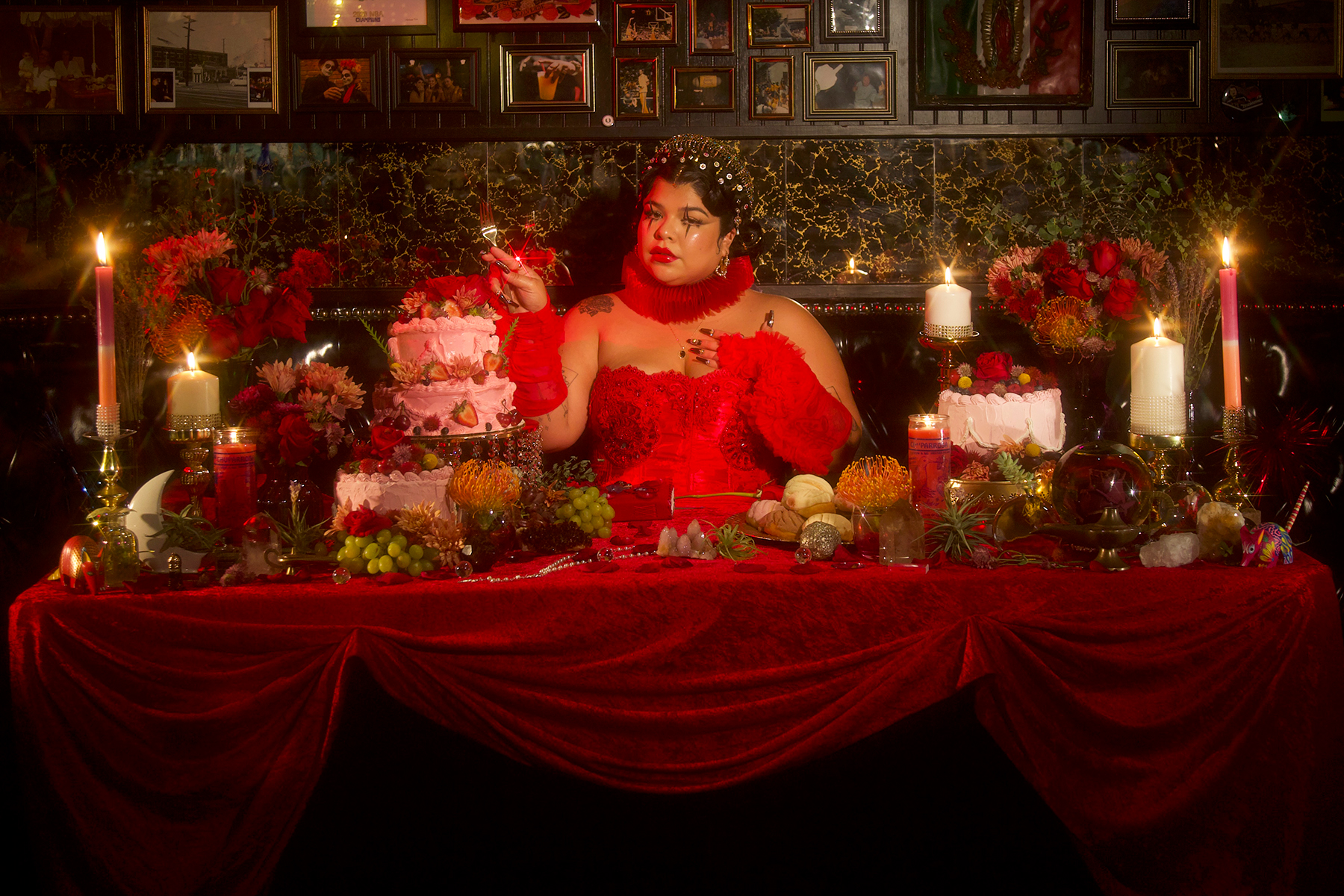 The Year of Doris Anahí: How a Rising Music Manager Became a Star in Her Own Right

Doris Anahí is sitting in a cafe in Mexico City, talking to Rolling Stone on the phone, when a tiny hummingbird lands directly in front of her and flutters its wings. “It’s my ancestors saying, ‘What’s up!’” she says with a laugh. She’s been in Mexico for a few weeks; she arrived first in Guadalajara and has been spending time working on music and connecting with family. Little moments like this happen constantly: She’ll see an animal or some kind of symbol in nature, and she takes it as a sign from the universe — a little nod from her elders — affirming that she’s exactly where she needs to be. “I feel like Mulan and my ancestors are all around me, and they’re saying, ‘Yes. OK. You’re on the right path.’”

Anahí has already blazed several trails in the music industry. Known to most people as Doris Muñoz (her full name is Doris Anahí Muñoz), she worked as an activist and organizer, creating the popular concert series Selena for Sanctuary to help undocumented individuals raise money for visa petitions through Selena Quintanilla-themed fundraisers. The idea started because of Anahí’s personal experience: She’s the only person in her family who was born in the U.S., and in 2017, she’d been doing everything she could to help her parents cover legal fees for their green-card applications. She threw the first Selena for Sanctuary at a club in Los Angeles and raised about $6,000. Realizing she could help more people, the event kept growing, eventually landing at Lincoln Center in New York in 2018, with headliners Mon Laferte and Omar Apollo, and later SummerStage in Central Park in 2019, with performances from Kali Uchis and Helado Negro.

All the while, Anahí had been building out an impressive talent company called mija mgmt that made huge waves in the Latinx music scene. Her roster included acts such as Inner Wave and, perhaps most notably, Cuco, who signed a seven-figure deal with Interscope in 2019. Anahí turned heads as a record executive — but few people knew that she was carrying around serious talent as a singer. That all changed last year, when she decided to step away from the management world and dove headfirst into an artistic career of her own. “I definitely took off the Hannah Montana wig,” she jokes.

Now, she’s getting ready to launch Aprendiendo por las Malas, a delicate EP that weaves traditional bolero melodies, ranchera influences, and R&B and indie rock sensibilities together. One of the project’s most impressive moments is the emotional title track, which premieres today alongside a baroque music video directed by Ambar Navarro.

But the music coincides with another piece of big news. In 2019, she’d been approached by the Mexican American filmmaker Isabel Castro, who was interested in telling stories about the Latinx indie-music world that Anahí orbited. They started shooting right before the pandemic, and by the end of 2021, they’d made Mija, a heart-wrenching, gorgeously shot documentary that follows Anahí as she tries to balance her professional life and her family’s well-being amid the uncertainty brought on by Covid-19. Mija premiered to favorable reviews at Sundance in January, and then in March, Disney Original Documentary acquired the worldwide rights to the film. (FX, which falls under the Walt Disney Co., will retain the rights to develop scripted content based on the project.)

Anahí has been reeling ever since she found out. She says she and Castro didn’t even want to get too hopeful about Sundance; she hadn’t imagined what it would be like to get picked up by Disney. Mija, she feels, found the right home: “It’s no longer like princesses waiting for their prince,” she says. “Now, it’s like these strong daughters that are trying to heal generational trauma and their family’s wounds. I think of, like, Brave, and I think of Moana, and I think of Encanto. Somebody was like, ‘Yeah, you fit that narrative, too,’ and I was like, ‘Oh, shit.’”

I note that during our one conversation, she’s name-dropped Disney characters like Mulan, Hannah Montana, and Moana, and she immediately bursts out laughing: “Oh, my God, that was not on purpose, I swear. It’s because it’s literally what I like. It’s what raised me.” Her brother used to babysit her and throw on Disney movies to entertain her when she was a kid. It was around that time that she started falling in love with music, too. Growing up, she sang in church, played saxophone in the school band, and violin in the school orchestra. She did choir in high school, and dreamed about Juilliard. In college, she majored in musical theater and communications, but decided to pursue the music business once the doors began opening widely for her.

“I found myself backstage and behind the scenes and working these shows,” she says. “I ended up in the music industry for quite some time, and I felt like I couldn’t sing anymore. I felt like I would be judged for it, or that people would think I had, like, ulterior motives, when I was really dedicated to supporting the artistry of others. I was like, ‘How can I hold space for both?’”

The pandemic shifted things drastically. Touring screeched to a halt, and she and Cuco parted ways. A pause in her management career gave her some time to make new plans, though, and she decided to take on a fellowship at USC, where she reconnected with singing, writing, and recording. Slowly, she started posting videos of her music, though it made her nervous. “Because of my journey and my past, it was like this weird self-sabotage where I was like, ‘Oh, no, I can’t.’ Like, ‘I’m going to be embarrassed.’ If I reach out to the people that I convinced to be champions for the artists I was representing, I couldn’t bring myself to be like, ‘Wait, are you down to be a champion for what I’m doing right now?’”

But supporters showed up for her in droves, especially after she shared a tender backyard session she did on her 27th birthday. “Jessie Reyez reached out, Mon Laferte reached out, La Marisoul reached out,” she remembers. “America Ferrera posted it.” Eventually, she crossed paths with the producer and music maverick Camilo Lara and showed him a song called “Que Sufras” she’d been working on. He was immediately intrigued and asked if he could work on it with her. “He really gave me the encouragement, that push,” she explains. “Because if he didn’t contribute to the song, I don’t know if I would’ve ever released it.”

There’s a melancholiness to Aprendiendo por las Malas, which roughly translated means “Learning the hard way.” The songs capture a period of intense, difficult transitions as she grappled with big changes and what she wanted her future to look like. “These last few years, I was like, ‘Oh, my God, like the universe gave me some, like, serious, like, chingasos,” she says, using a Mexican slang term for “blows.” The creative process almost felt like a purging to her, a chance to let everything out — something that comes through in the music. “I hope that when I do sing these songs they’re a place of reflection and catharsis for other people to connect with.” She’s already started to work on more songs that are lighter and explore a more creative side. She’s tentatively calling her second EP Aprendiendo por las Buenas: “Learning through the good.”

Before we finish talking, Anahí sees one more sign: “A bee just stopped right by me, too. Wow!” she says excitedly. To her, it’s another greeting from the universe, another acknowledgment from the people who came before her that she’s in the right place. 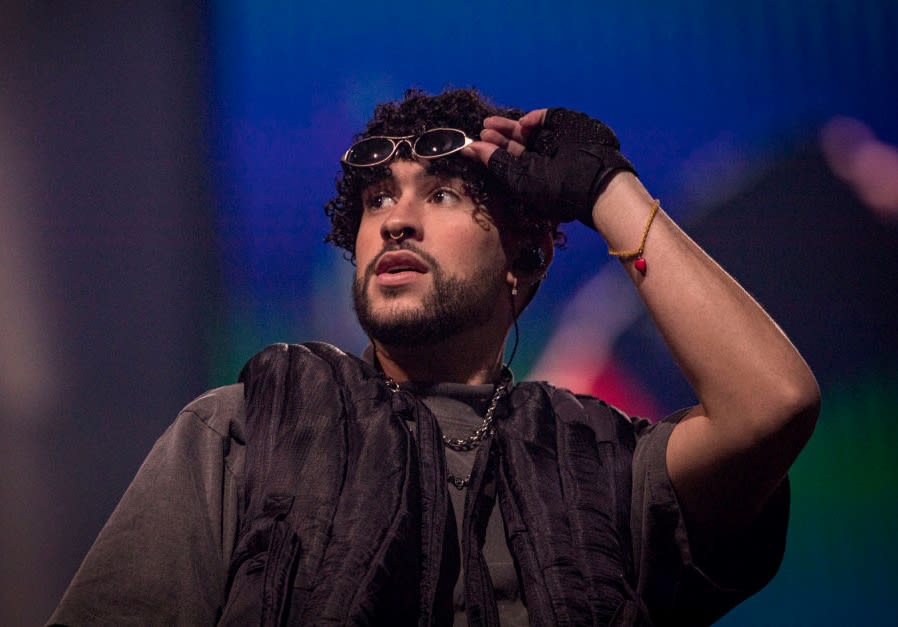 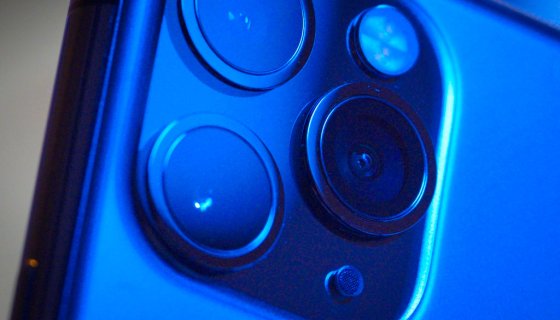 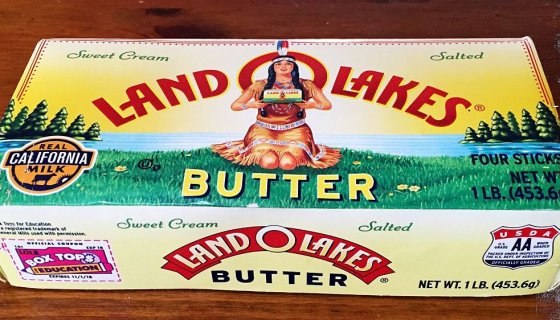