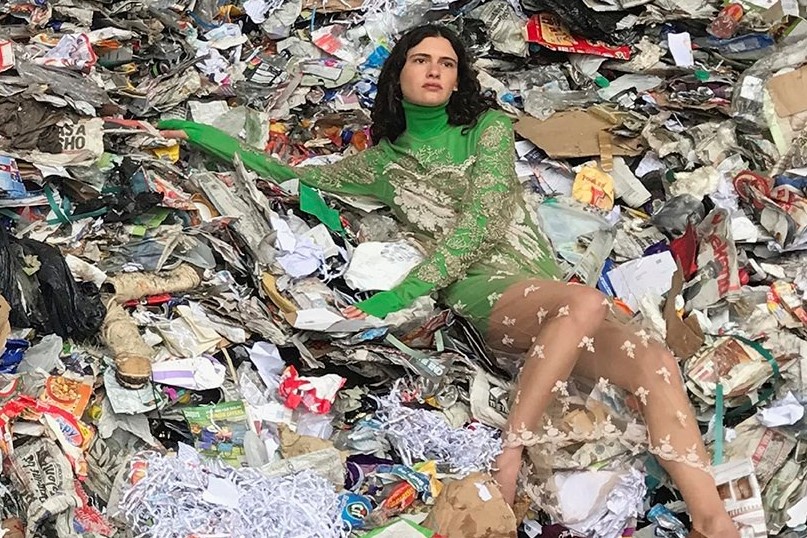 In 2013, a busy garment factory in the capital of Bangladesh collapsed, taking the lives of at least 1,134 people. It was entirely preventable, with its owners ignoring the complaints of staff members, threatening them with docked pay and violence should they evacuate the fast-deteriorating building. Almost ten years on, the disastrous events of the Rana Plaza catastrophe continue to underscore the grim relationship between the fashion industry and its lowest-paid workers, with 2013’s Bangladesh Accord established in the immediate aftermath.

Fashion Revolution, the global network of activists and advocates, was formed in the wake of Rana Plaza, and is hosting its latest Fashion Revolution Week from 18-24 April. Positioned as a sort of anti-fashion week, this year’s edition will reimagine an equitable fashion system, interrogating the industry through the lens of money and power. Beyond a bevy of mending workshops and clothing swaps, the coming days will play host to free panel talks, catwalks, exhibitions, and book clubs, across 90-plus countries.

“We will go back to our core, exposing the profound inequalities and social and environmental abuses in fashion supply chains,” said Orsola de Castro, co-founder and global creative director, “showcasing inspiring new designers and thinkers all over the world who are challenging the system with solutions and alternative models.” Below, we round-up the must-see happenings from the 9th iteration of Fashion Revolution Week.

CSM graduate Matthew Needham will hold a solo exhibition from the 22-25 April at the Sarabande Foundation. His debut show, The Anthropologist, has been billed as an immersive experience, incorporating scent, sight, and sound as Needham showcases 15 upcycled pieces forged from fly-tipped windows, post-consumer clothing, and organic detritus. Presented as “artefacts of our time”, each object will plunder our unconscious relationship with something he calls “The Human Residuum”, underscoring his unorthodox approach to responsible design. Click here to register.

In collaboration with Fashion Open Studio, Mariah Esa will be hosting a tapestry-making workshop at a factory in Leicester. Having just launched her second upcycled collection with Browns, the designer is hoping to shine a light on the positive work being accomplished at the heart of Britain’s garment district. On Sunday April 24, Esa will teach participants the stitching techniques required in building large-scale murals, combatting the over-production of textiles while encouraging waste reduction. Head here to bag some tickets for the workshop.

An expansive roster of pop-up and panel discussions will be livestreamed throughout the week, with Fashion Revolution’s global network of activists addressing some of the industry’s most divisive talking points. Among them, Fashion’s Obsession with Wealth, The Power of Policy in Fashion, How to Fight Greenwashing, and Shaping the True Price of Fashion. Other conversations ask Who Owns Culture? and Why do we still need a Fashion Revolution? while Good Clothes Fair Pay: Living Wages in the Global Fashion Supply Chain will deal with the themes of the event head on – with contributions from industry experts, exploring living wages in the fashion supply chain and introducing the Good Clothes Fair Pay campaign.

On April 20 and 23, Good Gang, a collective of Parisian menders, will be holding workshops in order to teach the public how to fix old clothes. A time-worn (but not necessarily sexy) way to remedy the overconsumption of fashion, Good Gang’s classes explore the concept of creative repair, emphasising the joy of reworking and transforming a once-loved garment. Register here to attend here. In London, meanwhile, White Weft, a design studio specialising in reworking denim waste, will present The Eco- System of a Jean on April 23.

Two separate book clubs will take place across Fashion Revolution Week. On April 20, Canadians will discuss themes of consumerism, colonialism, and climate crises in Aja Barber’s Consumed, while on April 22 in London, fashion revolutionaries will explore the content of the Money Fashion Power fanzine, which was the original catalyst for this year’s FRW. T​​​he award-winning zine is available as a digital download on a pay-what-you-can basis here, with a further 30 print copies available for £15 for those in the UK. You can clock into the event via livestream here.

Speaking of Aja Barber, the writer will make an appearance on Box Park’s panel alongside Sophie Slater of ethical fashion brand Birdsong and Ronaé Fagon of Slowco, on April 20. Flanked by a sustainably-sourced, shoppable pop-up store, the speakers will examine contemporary consumption habits, looking at what it means to produce responsibly in 2022. Tickets are only available for another 24 hours and can be found here.

Though much of the festival will address our relationship with fashion from a consumer’s perspective, attempting to dismantle corrosive supply chains, Fashion Revolution Week will also highlight the work of emerging designers. On April 22, a Project Runway-style competition will see students go head to head, inviting the public to vote in a digital award ceremony on April 24. Elsewhere, an IRL runway will be livestreamed from Rome on April 23. 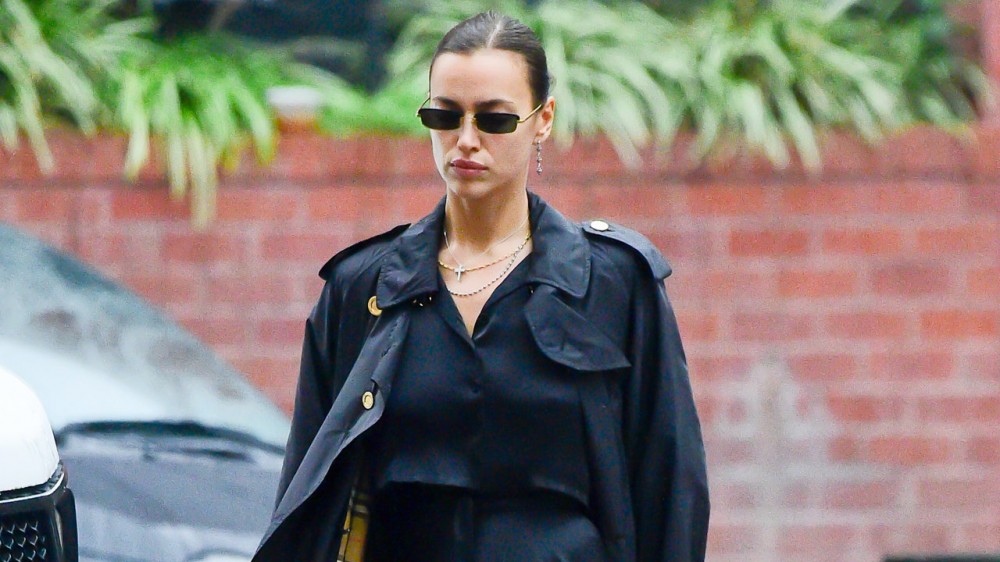 Irina Shayk’s Rainy Day Look Is as Luxe as Possible 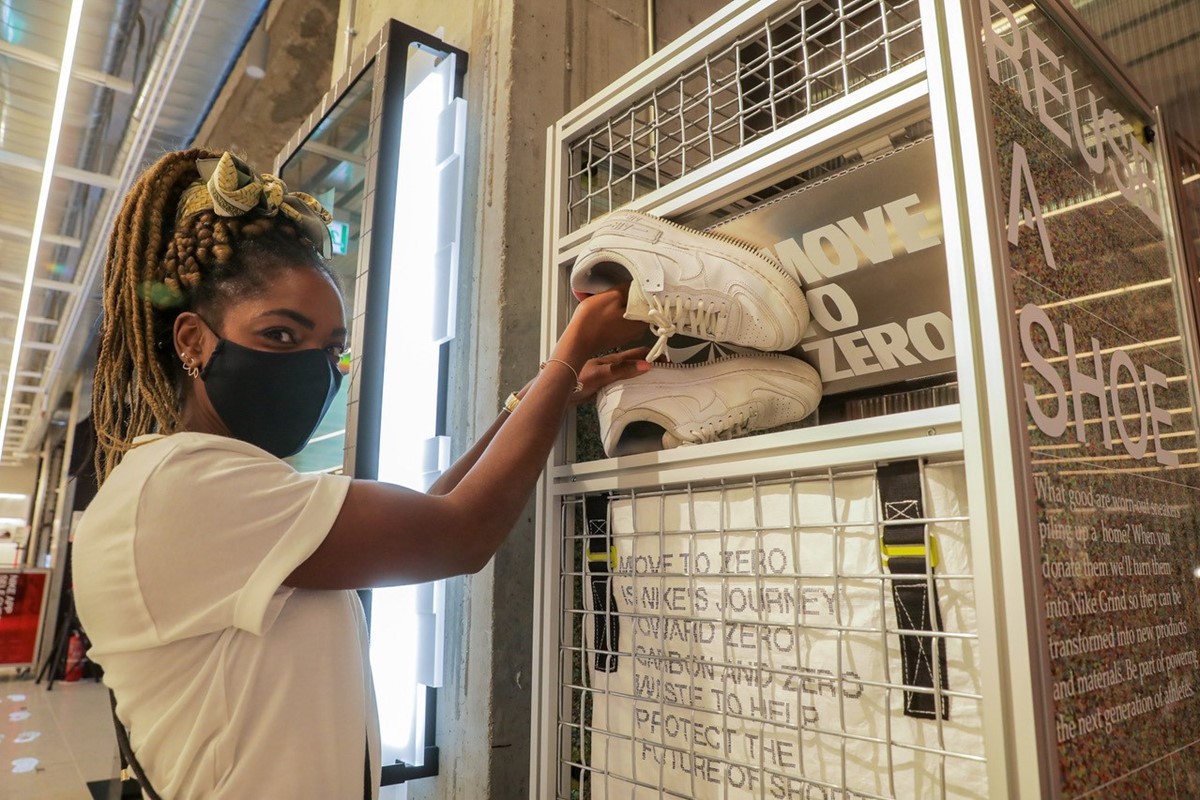 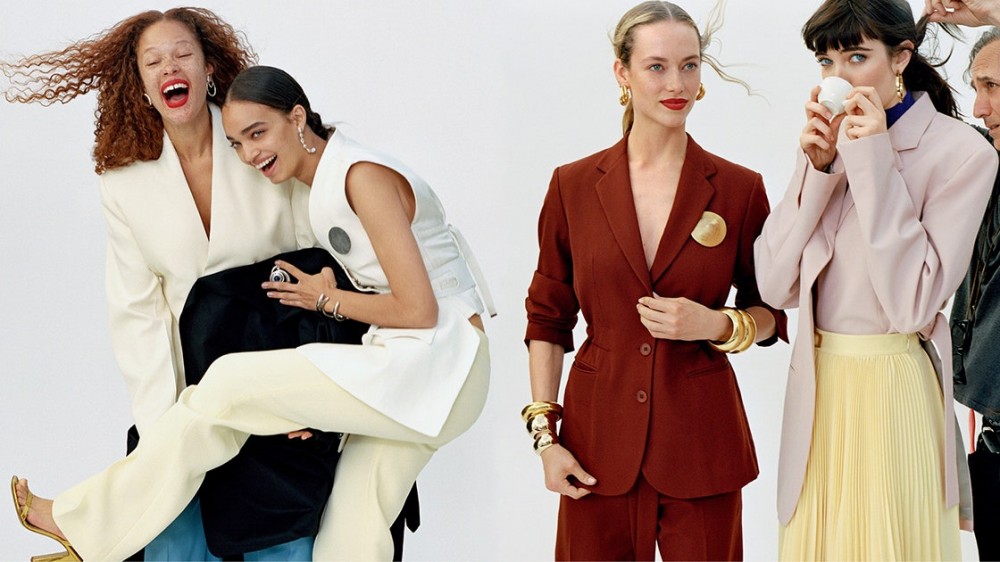