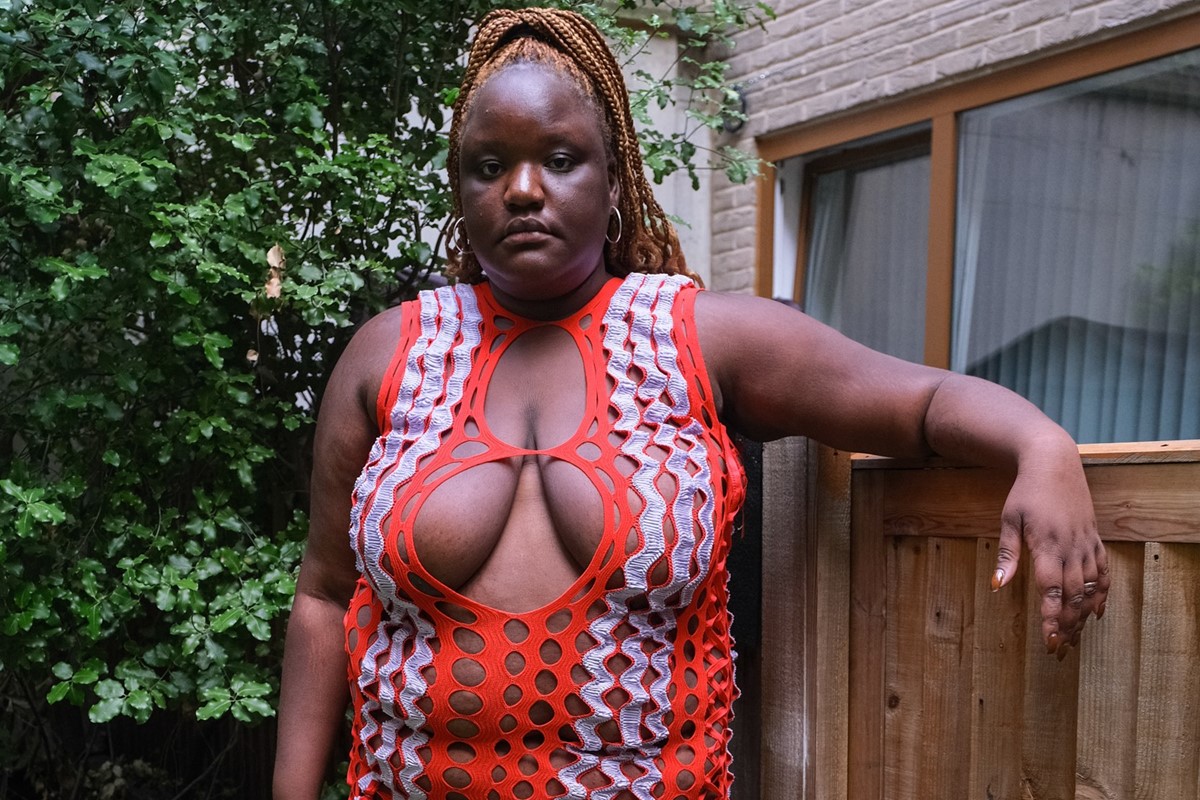 Sinéad O’Dwyer on taking her goth orchestra to LFW

The designer’s Summer Intensive collection combines the dramatics of performance wear and teenage rebellion, and challenges the fashion industry’s relationship with the body in all its guises

Sinéad O’Dwyer is a designer committed to art as a mimetic, intimate representation of her reality. Previous seasons have been inspired by her stint as a nanny and the erotic fine art of photographer China Hamilton, frustrations with size inclusivity and her own battle with body dysmorphia. Now, her London Fashion Week debut show interpolates her mother’s career as a cellist, her own experiences of music camps in rural Ireland, and goth teenage years. Rising from the orchestral pit is O’Dwyer’s Summer Intensive SS23 collection – ”A moody study of the emotional turmoils and sacrifices that are an unavoidable part of any artist’s life”. Mozart meets teen malaise.

“I started building this collection from a memory of when I was small and my mother would play the cello,” O’Dwyer recalls, when we chat days before the show. “She is an emotional artist, and would play as such. The complexity that it takes to be an artist struck me. You express yourself in this powerful way, while remaining very formal. You live your life, have these messy, emotional experiences to channel into your art, that’s presented in a uniform way.” O’Dwyer’s mother always looked up to Jacqueline du Pré, the young female British cellist who achieved mainstream popularity when she was learning the instrument. The cellist became an icon at home, and gave O’Dwyer her middle name.

The homogeneity of an orchestra, its one movement as a dexterous musical muscle, is corroded by the personalities and growing pains of its teenage players. “I’m always really interested in the mix of the formal and intuitive, the juxtaposition of creative expression and uniformity,” says O’Dwyer. Juxtaposition, then, remains an ever present design principle and prism to view life for the Dublin born designer. Another image inspiring the collection is a picture of O’Dwyer as a teen in youth orchestra camp, wearing an Emily The Strange t-shirt – a fictional icon of 00s emo girls, the tortured antithesis to Groovy Chick – and was drawn in again by the aesthetics. “I got thinking about creating this cast of sad musician characters. I just love the torment and theatrics of being a young artist finding your way,” she says.

“I would be playing these lofty pieces, being so intense in preparing for solos, all against the background of having these summer camp experiences of meeting new people and doing lots of ‘firsts’.”

This creative, contrasting upending is crucial to O’Dwyer’s practice. Since graduating from the Royal College of Art in 2018 with a rapturously received collection, she has found her voice in couture techniques catered to a diverse range of sizes, while life-casting from her friends bodies with a unique fibreglass process, and creating exquisite signature stretch fabric bodysuits and body-baring corsets that have been worn by Arca, Björk, and Paloma Elsesser. Going further to challenge industry size standards, O’Dwyer created her own unique pattern process that starts cutting from a UK size 20 and works with sizes 8 to 30.

“I always want to interrogate what fat bodies, people with boobs and ass, are generally put in,” she says. “Usually it’s quite oversized, hourglass or compressing and hiding the bust. I love shirting and suiting, so I’ve focused on referencing that in a way that still creates space for the bust and creates a flatline. Tuxedos are great for that.”

There’s a continuation of beading techniques that she started to develop last season. “I love to take different couture techniques that are usually done on sample size and then do them on curve.” Knitwear is new for O’Dwyer, with knit pieces that have the relief stitched into them, so they hug the shape of the bust rather than flatten.

“A lot of the garments that I make are what I’ve never seen on a non-sample size. When my fit model Jade [O’Belle] says, ’Oh, I never get to wear something like this’, it feels special.”

That’s amplified even more in her debut London runway. The Summer Intensive showcase, which as a NEWGEN award recipient took place in the Old Selfridges Hotel NEWGEN space, saw her looks adorning a range of bodies. The sublime sound of Elgar’s Cello Concerto, performed by her mother Adele, was punctuated by industrial beats by Cosha and Witch Trials for a high-octane, rhapsodic performance. It marked a major London Fashion Week moment too, putting two wheelchair users – Naadirah Qazi and Emily Barker – on the runway. While Harriet Ecclestone made her LFW debut with an adaptive fashion line last season, it’s still a seminal moment for London’s fashion landscape. “It’s a new area of learning for me. It’s super important to have different abilities represented on the runway and in luxury,” she says. Succeeding in show feels even more triumphant after a hasty rescheduling following the Queen’s death, that meant O’Dwyer had to call in other MUAs and models.

O’Dwyer continues to work with Emma Matelll on casting, street casting and using non-models from sizes 10 to 26 and 28. O’Dwyer takes four days to do fittings, taking the opportunity to speak to the models and assign looks they’re comfortable with.

“The most problematic part of the industry is that it’s so exclusionary,” she says. “I think that its strange that luxury fashion is seen as the most contemporary form of fashion and then it completely excludes the majority of people – it’s unethical.”

“Not seeing diversity in the most glamorous sectors, like fashion and film, is hurtful. Fashion is so seasonal and fast, and I don’t think you can do fashion in the way it’s being done when including more sizes. Luxury sells up to size 12… that’s madness.”

She is curious to see how a new wave of size-inclusive designers and diverse campaigns will trickle down. “You can only buy luxury if you’re very thin,” she says. “That sends a message that being ‘luxury’ is being ‘thin’. Now, in the last few years, we see that luxury is being ‘diverse’. How will they reach and relate to this new customer they’ve excluded before? How will we see that changing landscape for luxury consumers, or how it sits in wider culture? I still don’t think it’s very honest.”

It’s a challenge O’Dwyer is up for meeting: “Different styles don’t work for different bodies, don’t sit or fit the same. Personally, that’s a fresh and exciting thing for me to explore, I don’t see it as a limitation.” 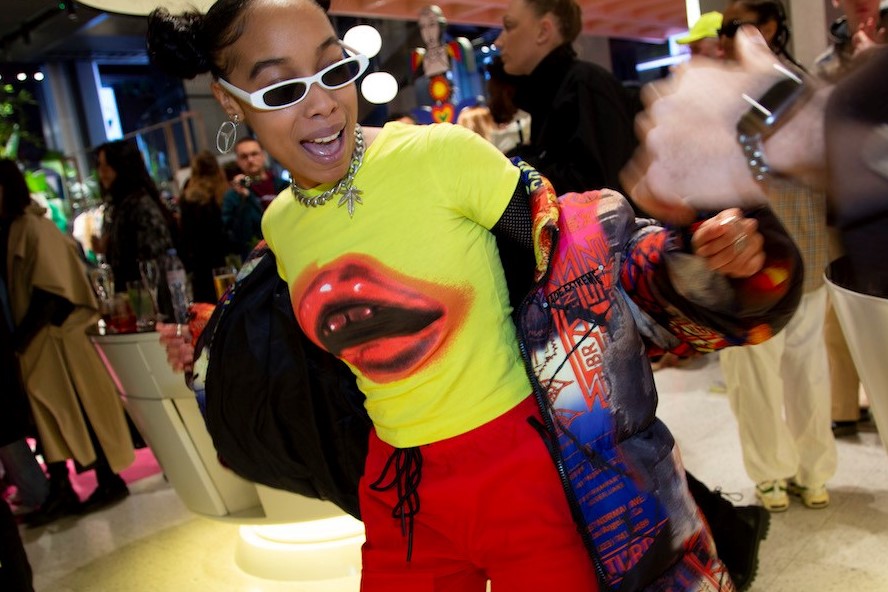 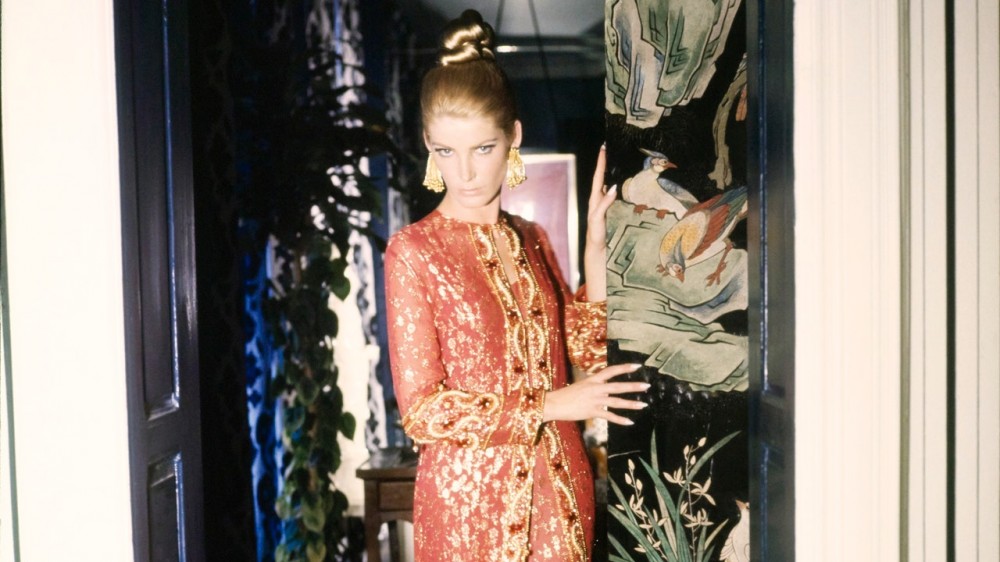