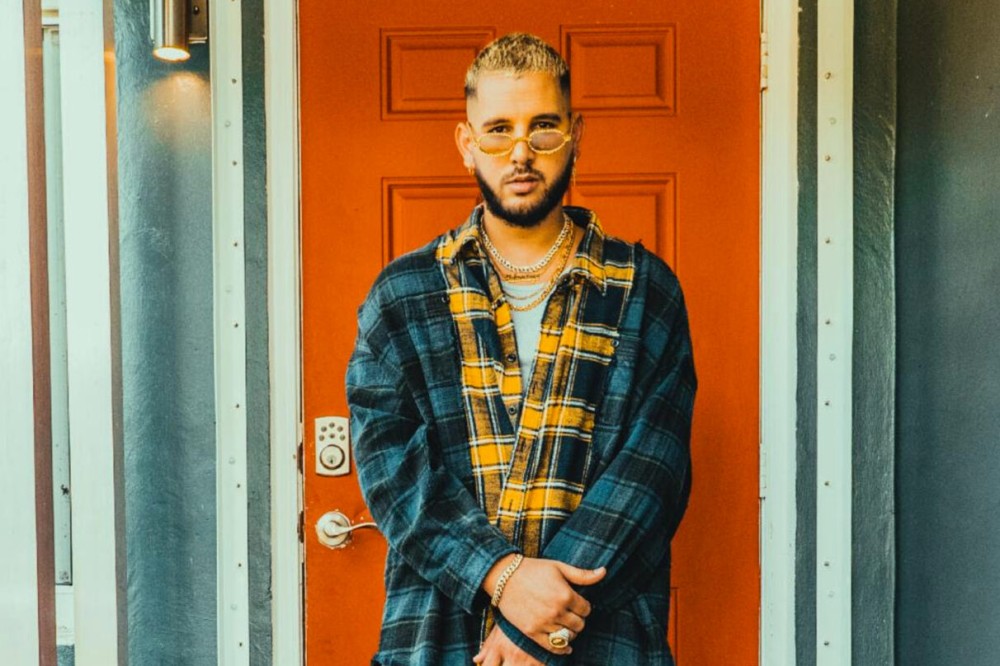 Punta Music Has Never Been a Honduran ‘Thing,’ It Has Always Been a Black One

This is our weekly compilation of newly released bite-sized song reviews from our talented music writers. Discover new favorites, read nuanced criticism of the week’s hottest releases, and much more. Who knows, you might walk out of this with a new fave or two. Some of the featured artists include Cauty, Omar Apollo, and Paulo Londra. Follow our playlist featuring these tracks and more on Spotify or Apple Music.

It’s fitting that Cauty spins 2005’s Gold Star: La Familia album in his video for his new single “Munchisito y Chao,” since the track owes significantly to the reggaetón sound of that era. Far from the trap-tinged or stripped-down lo-fi style that permeates the genre these days, his new song throws it back to the days when sitar strums joined up with bachata notes over a dembow beat in playful marriage. Cauty’s lyrics are nothing if not honest, wearing his intentions on his sleeve as he teases a day, no more and no less, together with the object of his affection. — Juan J. Arroyo

Omar Apollo flaunts his musical versatility once again on the latest single off of his debut album, IVORY, out April 8th on Warner Records. On “Tamagotchi,” the Mexican-American alternative R&B artist is perfectly poised as he swerves back and forth between a lavish display of playful bars (“Ando de gira y todos me siguen, los chicos me quieren tocar/Tengo dinero y ando soltero, dime lo que quiere’ comprar”) and an explicit yet syrupy-sweet chorus. The track synthesizes rumbly, blown-up bass reminiscent of early 2000s hip-hop staples with a hypnotic, near-trap pulse and boasts a production credit from Pharell Williams and Chad Hugo. — Nayeli Portillo

Paulo Londra keeps trying out musical genres, and this time he dipped his toes in the pop-punk waters to give us “Plan A,” his first song in three years. Joined in by distorted guitars and a fast tempo, a far cry from his reggaeton, trap, and even acoustic tracks, the Cordoba singer/rapper reads the signs in his relationship. And in the middle of cold kisses and canceled plans, he realizes the end is coming, and he wants answers. – Cheky

A party is all but guaranteed with El Dusty on the main credits, and “Mal Ojo” is nothing short of a raver. Featuring a cumbia beat that morphs into a digital smorgasbord of rhythms and textures, the song becomes the perfect springboard for Veronique Medrano and DJ Kane to deliver their lines with bravado and reassurance. When the chorus arrives, the pop shin will keep you hooked to the lyrics. — Marcos Hassan

Sparing no punches or punchlines, Villano Antillano releases another virulent single confronting the masculine and feminine archetypes and everything in between. “Vocales” is a merciless manifest about sex and genre — and the role-bending approach led by artists like the Puerto Rican rapper. With a reckless flow, Villano fuses analogies and imagery fueled by a genre-hopping fluidity that’s only surpassed by the feline-figure described in the lyrics. — Felipe Maia

Portland-based producer Abbymachines has unveiled a throbbing new single titled “Soft Machine,” the latest cut off her forthcoming debut album A, scheduled for release this summer. On the track, hyperpop intersects with chiptune and wildly distorted vocals as she ponders physical and existential transformations negotiated throughout her life- from growing up a border kid straddling realities to blossoming in her transness. – Richard Villegas

Mexican-American youngster Yahritza y su Esencia showcases her soulful vocals on the debut single “Soy El Único.” With this song, she takes a step into the Regional Music scene that she grew up listening to, only now she is taking the spotlight with her older brothers Jairo on bass and Mando on the twelve-string guitar. Embodying what sounds like decades of hurt in such a strong and raspy voice, the single makes us curious about how she will sound in a few years and how her career as the next generation of Regional Mexican music could pan out. – Jeanette Hernandez

Fresh off a runner-up finish on Remezcla’s 10 Best Indie Pop, Rock, & Chill Songs of 2021,  Enyel C drops his new single “NASH” in anticipation of his upcoming EP titled Angelito. Pulling double duty as vocalist and producer, the track is another premier example of the local indie alt-trap sound quickly becoming the blueprint for the genre’s stars. Alongside Yensanjuan, who recently featured on Álvaro Diaz’s Felicilandia album, Enyel crafts a catchy rap bop that sounds feel-good while staying true to its no-bullshit street roots. With his current winning streak, he’s on his way to joining music’s own 50–40–90 club, just like the song’s namesake. — Juan J. Arroyo

On “Bassman Fuzz,” Guatemalan indie singer-songwriter Mariana Moreno (aka Tita) counters an overly-persistent man’s advances, flipping the script with a straight-forward, “I just wanna say goodbye/Just wanna say goodnight/Just wanna tell you that you’re not my type,” before the night is over. Moreno channels some of the ghostly, dark yet sunny energy found on Grimes’ 2012 record, Visions (an artist Tita notes being inspired by), into a cohesive, buzzing, and fuzzed-up electro-pop-punk track that hooks you in on the first listen. The single is part of her forthcoming debut album, Mundo Cruel, which we can expect later this year. – Nayeli Portillo

After releasing a string of singles and an EP, Spanish singer, songwriter, and producer daniel sabater is now previewing his upcoming debut album with “canción de amor,” a quiet single that affirms that romance will never be out of style. Led by acoustic guitar strums and featuring electronic programming that’s barely present, daniel sabater melts all over the recording booth for his boo, wrapped around in autotune, and showers them with love without ever giving us a toothache. – Cheky

Singer Matías Poro seamlessly rides the bossa nova feel that opens “Quién Sabría?” like silk falling to the floor, and then the dembow drops, followed by rich R&B harmonies. The track defies categorization, roping in many musical elements — passionate singing, trap flow, wavy production — that you’ll find yourself gravitating to something different each time you press play. Poro expresses love and desire in a myriad of ways, yet the feel of the song remains constantly smooth. — Marcos Hassan

D’água Negra is a Brazilian project formed by Clariana Arruda, Melka Franco, and Bruno Belchior. Coming from the Amazon region, the trio found in the idea of black water — just like several Amazonian rivers — the place to express their music. In “Erógena,” this is synonymous with sultry, classy melodies, and lyrics about being yourself. Besides the sinuous vocal harmonies outlined by the young artists, the intricate yet simple arrangements of horns and keys result in a tasteful jazz with R&B hints. — Felipe Maia

Emerging Miami-born pop singer Ariel Rose released this pop reggaeton and bolero-influenced single “En El Paraíso,” featuring the Latin Grammy-nominated producer duo Mike Munoz and Gio Fernandez. In the music video for the Spanglish track,” Ariel goes back and forth between reality and as an animated version of herself, vibing as she sings about being better off without someone. Okay girl power! It makes us want to relax in paradise along with her. – Jeanette Hernandez 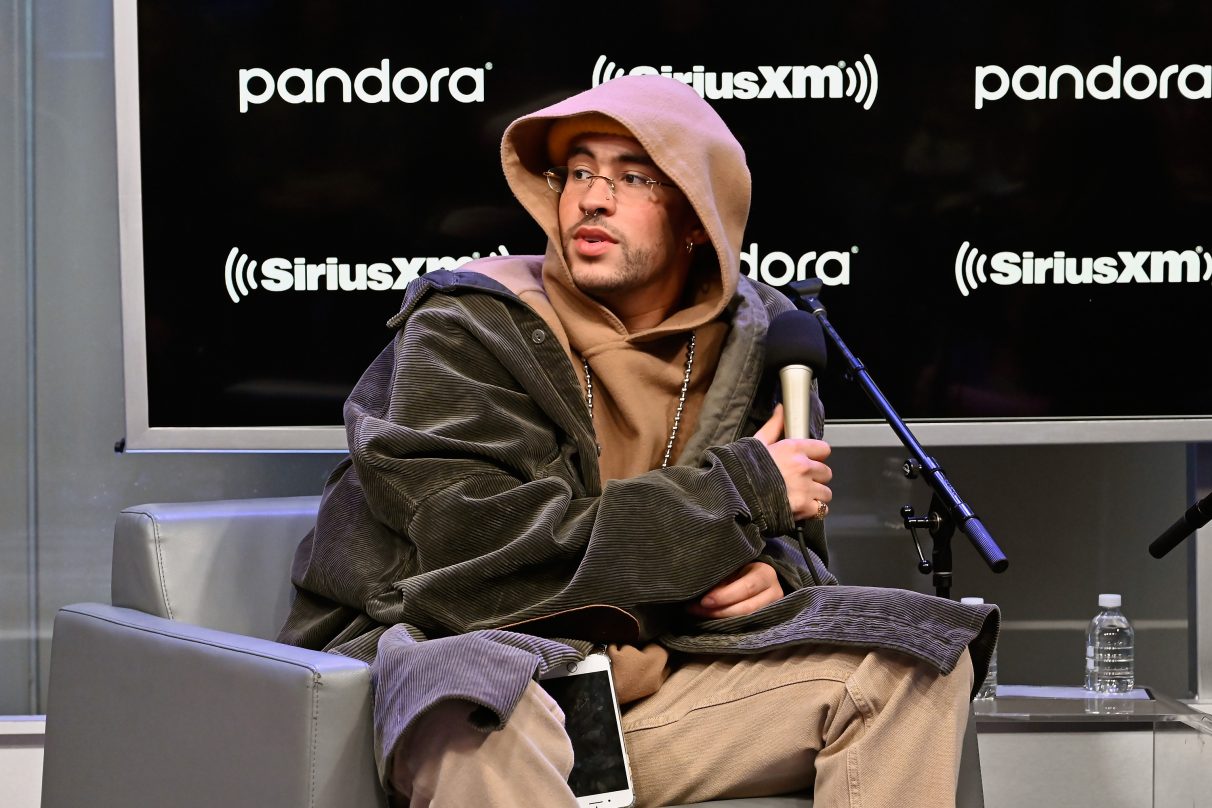 Bad Bunny’s ‘YHLQMDLG’ Is Charting Again in the Top 20 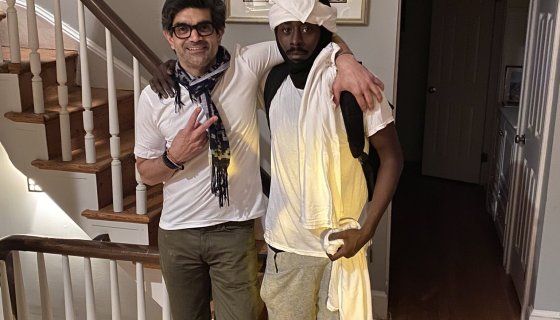 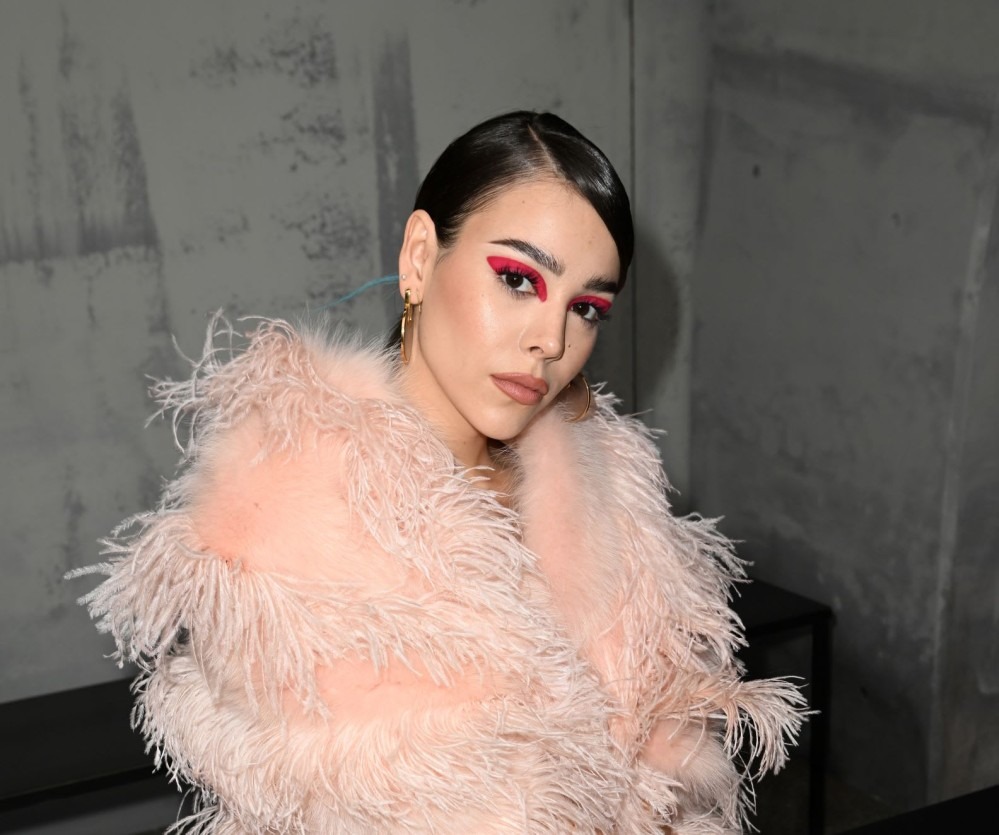