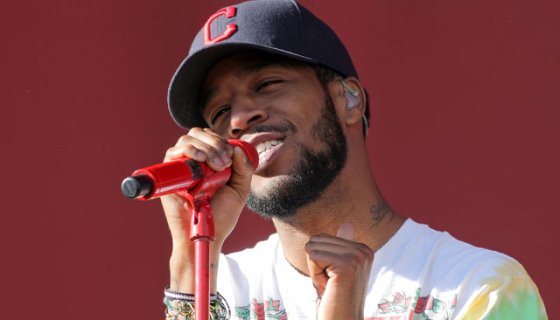 If social media has shown us anything these past few weeks it’s that everyone is using this Coronavirus quarantine time in different ways and while many use it to , others are using it to reflect on what could’ve been.

falls in the latter category and over the weekend found himself mourning (R.I.P.) by taking to Twitter and reminiscing on the time they met and wondering about what could’ve been. After writing that it hurt him that they “never got to work together,” Cudi recalled them meeting at the Coachella and feeling “surprised” that WRLD was a fan of his.

It hurts we never got to work together. When we met at Coachella I was surprised u were even a fan. I didnt feel so old after all haha I got something just for u I hope u love. All for you brother. Tell my dad I said hey. Love u man. https://t.co/XtmrmDZj2q

He then followed up that tweet by posting a screenshot of a quick convo they had before Juice passed away.

Having dealt with his , Kid Cudi must feel a ways knowing that Juice’s death was a result of an accidental drug overdose that actually could’ve been avoided had the pilot of his plane not dropped dime on him and his crew. In an effort to conceal the drugs from police, WRLD downed the Percocet pills he had on him and accidentally overdosed.