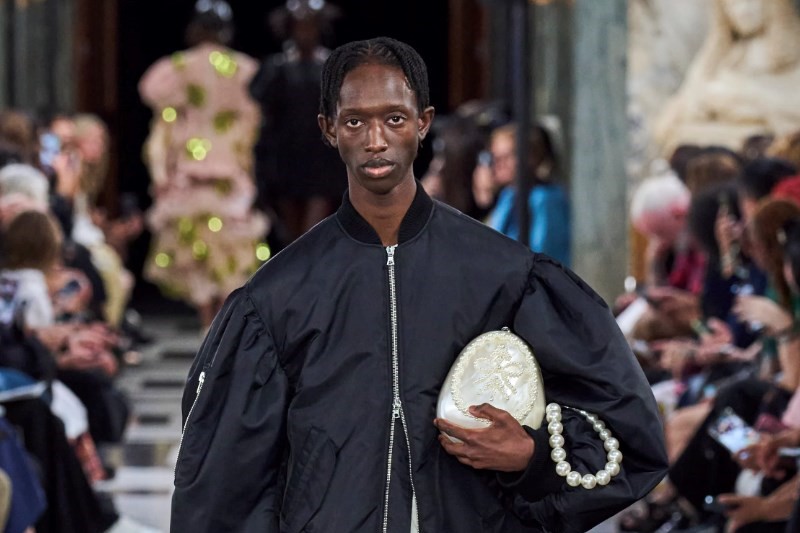 ‘It’s about breaking down history’: Simone Rocha is taking men to trial

In an interview after her Old Bailey fashion show, Simone Rocha talks through her decision to debut menswear, the kind of masculinities she’s drawn to, and being deemed ‘uncool’ by Rihanna

It played out beneath the eye of the patriarchy. Faded frescoes of sour-faced men balancing swords, sceptres, and important-looking books brimming with judicial papers. The very men who once drew a line through a woman’s right to own a bank account, to own property, and to vote. But on the day of Simone Rocha’s SS23 show, those paintings receded further into the background, with the designer’s mother fussing over high-profile guests piling into the Old Bailey, and children frittering in and out of the hastily-packed standing area. On the front row, a young model dressed in head-to-toe frills drops one of the brand’s giant pearl bags on the marble floor with an audible clunk, before sheepishly placing it on her lap and stuffing the loose strap into her armpit.

The Central Criminal Court of the Old Bailey is historied with male violence and yet Rocha made the unusual decision to stage her debut menswear offering within its arcades, as if to embolden the Kings, Tiktok meninists, and Andrew Tates that have unexpectedly arisen since her last outing in February – or to subvert their presence almost entirely. “It was about breaking down the historical narrative of masculinity,” the designer says from her canal-side studio in East London after the show. “I mean, the Suffragettes were put on trial in that exact room and I think that’s why there was such a sense of urgency coming from the clothes – a need for change, dislodging the masculine, and giving strength to the power of feminine.” Rocha might be known as the bellwether of frou-frou fancy, but she’s traced these kinds of fault lines before: tulle frocks are made imposing in their silhouettes while military trenches are born from puff-sleeve taffeta, the fairytale fantasy weighed-down in clunking flatforms.

Be it in the bravado of a blouson-sleeve biker jacket, a co-ed H&M collaboration, or the reputation of John Rocha – her fashion designer father – a spectre of masculinity has loomed over the designer’s business. “There were even male models in my last collection, but not a lot of people really picked up on that,” she says. “And when I first started showing I used to style everything with brogues, so I’ve always been interested in the contrast between men and women, that’s something that’s always influenced me. This time, it was about looking at pieces as menswear pieces, rather than carrying them over into womenswear.” Much like Rick Owens, Rocha’s approach to design is one of worldbuilding; her collections are less about treading new horizons, more about enriching what’s already there. But after ten years, that runs the risk of feeling staid. “When you have such a specific language it becomes necessary to have a new challenge… It’s given me a real surge of energy.”

Soundtracked to the knee-buckling vocals of “Song To The Siren”, this weekend’s collection moored itself within the emotional bedlam of the past few years. “Fragility, remorse, anger and nature,” it was “a reaction to distress, digging deep and digging the earth,” as a couple of lines read in Rocha’s sparse, but poetic, show notes. Models were strapped into parachute harnesses, technical windbreakers, and space blanket mini dresses, even if drop-skirted tulle, tiered headdresses, and cake stand pinafores threatened to take flight. As for the menswear, crumpled shirting was worn over layered kilts, taffeta aprons with ivory track pants, and petticoats beneath slimline black tailoring. The most covetable piece – going by all the Instagram stories that were hastily uploaded after the show – was an oversized, drop-sleeve bomber worn by Khadim Thiam. “That look was exactly what I wanted it to be. I’ve always played with volume and proportion and I love bringing that into such a technical, utilitarian place. And we really wanted him to cradle a pearl egg bag like it was a rugby ball or a baby.”

As with her womenswear, there is no singular muse for the Simone Rocha man, but she admits that some people – her husband Eoin Mcloughlin, the director Hugh Mulhern, and photographer Jacob Lillis – can be mapped across the collection. “It’s all very emotional but my work has always been based on feelings. What I’m really interested in is looking at the male role within those narratives. It’s like another chapter.” These characters might not always offer a positive presence but her designs promise to illuminate the shadows that men cast over women. This season, Simon Rocha (ahah) emerged as a grounding force, “providing an earthy undercurrent to the really twee, chintzy, saccharine womenswear,” – a point that was further articulated in healing echinacea and chamomile embroideries that were embedded into sheer shirt-dresses. Daisies meanwhile, were suggestive of naivety, or “a masculinity which has a certain fragility to it.”

A little over a decade since she graduated from Fashion East, I ask Rocha what people still get wrong about her work. “I’ll never forget when I met Rihanna and she was like ‘Oh my god! You’re Simone Rocha! But… you’re cool? I just thought with all the pearls and frills… I just didn’t realise you’d actually be cool’,” she says, with a cackle. “I think people think that a lot but Rihanna was the first person to actually say it to my face.” That being said, the designer’s take on menswear is certainly more ”cool“ than her womenswear – exercising a little more ambiguity, a little more restraint than the grandiose confectionery that has drawn us into Rocha’s world thus far. “I like the very strong female associations and for me it’s about exploring and subverting that, so I understand when people take that at face value and don’t see the darker side.” Dark, light, or somewhere in between, at a time when masculinity is being called in for questioning, men and womenkind will henceforth be trialled alongside the other, in the court of Simone Rocha. 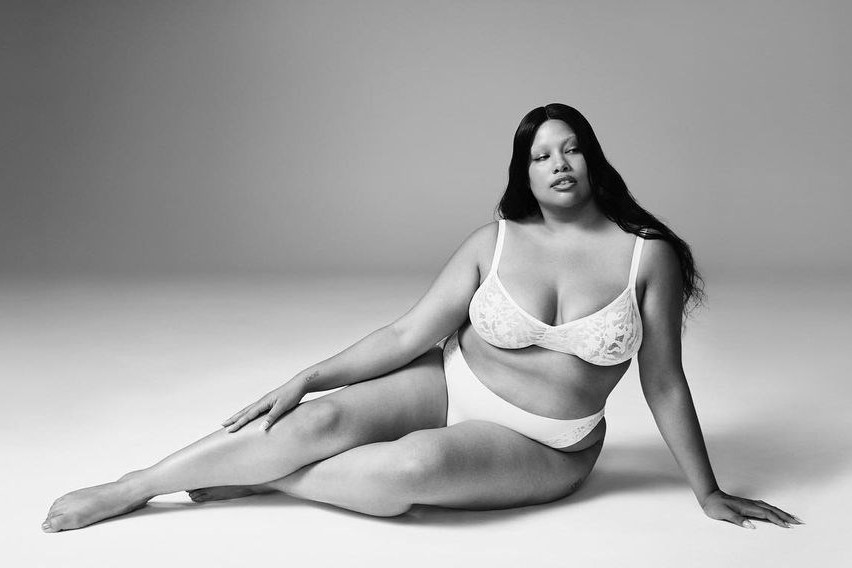 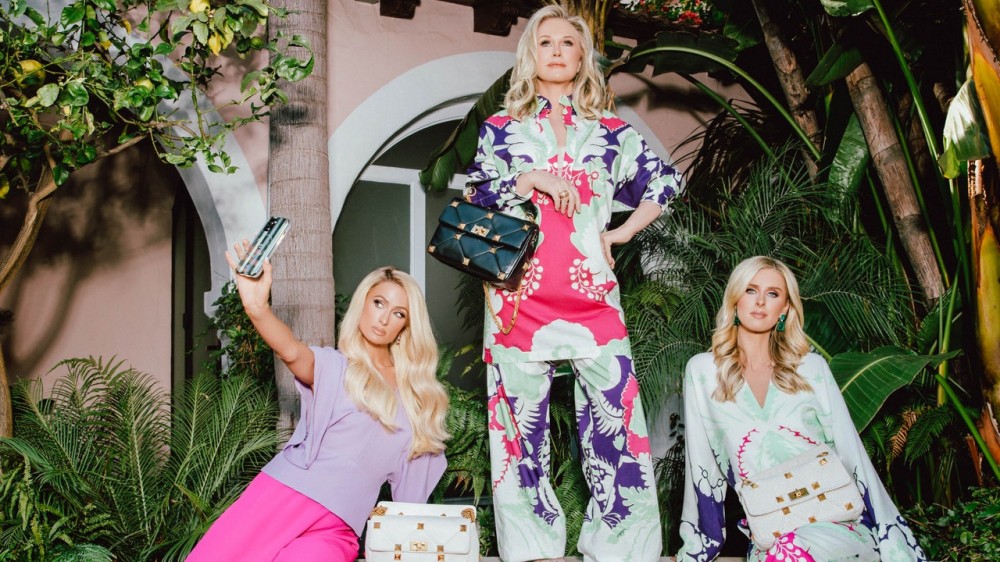 What Kathy Hilton Learned About Style From Paris and Nicky 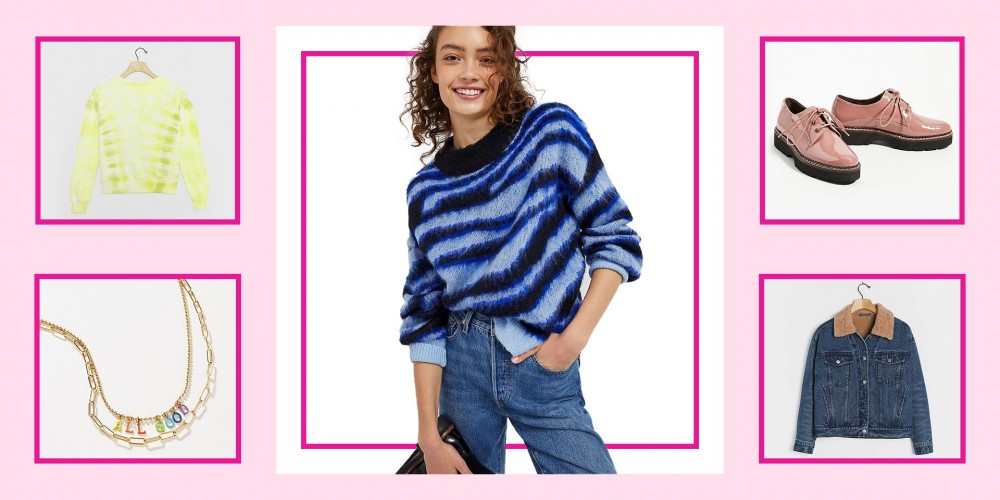