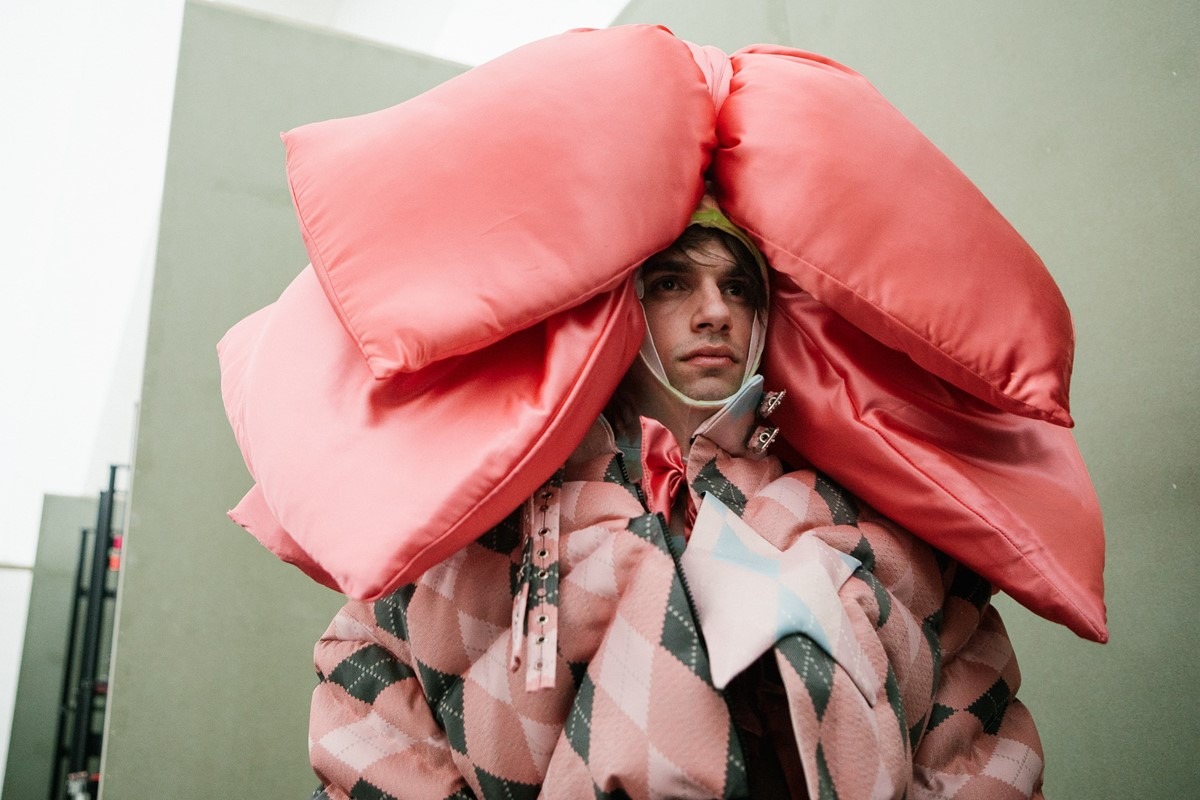 In the throes of fashion season, graduate designers from the University for the Creative Arts staged a rambunctious graduate showcase

Though the fashion industry has a tendency to recruit almost exclusively from within the parameters of Granary Square, there are hundreds of graduates across the country gearing-up to make their own professional and personal debuts. Having rolled-out the likes of Christopher Bailey and Stella McCartney, Graduate Fashion Week platforms the brightest stars emerging from a constellation of fashion courses, and this year’s edition ran in conjunction with the University for the Creative Arts’ graduate showcase, which has three campuses in and around the South East. Taking place in the throes of fashion season and a nationwide train strike, the class of 2022 made a strong case for looking beyond the institutions we usually associate with stellar-schooling.

Fashioning board shorts from burlap while encasing models in dust bags, this year’s cohort ran the gamut of tavern wenches, Patrick Star slippers, and cobwebbed columns, twisting their heritage and obsessions into monstrous shapes and raucous, all-over prints. In their accompanying show notes, students spoke in quite evocative language about video vixens, Zulu burial practices, and Marie Antoinette, with many holding a placard against the erosion of sex worker and LGBTQ+ rights. Beyond all the creativity, however, it would be remiss not to mention just how much of these designers’ experience of higher education would have been spent in isolation and over Zoom. Below, we get familiar with the class of COVID, spotlighting five designers to watch.

“A first generation Ghanaian-German living in London, my final collection is a personal one, based on my family growing up in South London in the 90s and early 2000s. I wanted to celebrate my influences in fashion, music, and the people who’ve made me the man I am today. Black In The Day: Family Album touches on hegemonic masculinity, femininity, religion, family, immigration, and the battles I’ve faced with my sexuality in Ghanaian culture, clashing with the streets of South London. I’ve been asked to present this at Somerset house for an event in collaboration with Gareth Pugh in August. Outside of my BA, I’m a fashion stylist and creative consultant for musicians like UK dancehall artist Alicai Harley who I styled for her performance at the 02 with the Gorillaz, among other appearances.”

“My collection, Once Upon an 18th Century Hip Hop is rooted in the 1997 film BAPS and Marie Antoinette. Two royalties of two different cultures, I looked at their flamboyant use of hair and dress to explore class and character. The silhouettes combine velvet, pearls, and furs with the vibrancy, synthetic-ness, and silhouettes of the 90s, creating genderless fashion that uses elements of femininity to express the way I identify as a non-binary person of colour. Blown-up proportions reflect the kind of humour found in the logo-ing of juicy couture and Lil Kim’s fur coats, but this collection was really an attempt at finding myself in between two races. My choice of palette, layering, and materials came from my own personal style, and in my case, more is always more. You can see that in the giant star shoes, which is in contrast to the closing look, which features a handcrafted pearl bodysuit, a furry belted dress, and a netted coat.”

“My collection, Shepherd’s Delight, is about the celebration of life, growth, failure, and triumph. Using imagery from Sanctuary Farm – a small-scale farm that my brother manages, which started life as a blank canvas of fields – I’ve seen what it takes to create something from nothing. Using what you have and making do, people like my brother put everything they have into creating life and sustaining a happy environment. This collection aims to showcase the rough sides of agriculture, looking at the individual efforts that come together to sustain a working farm. I’ve taken this inspiration and displayed it on streetwear, with charged and gritty hands-on prints, as I wanted to accentuate my style through the lens of an imperfect, raw setting. To me, this collection shows the beauty that can come from the determination to grow, and how one can be moulded by their environment.”

“With its minimalist and monochromatic aesthetic, I looked to Y-3 as a starting point to expand my skills in menswear, allowing me to explore sportswear, which is something I had never done before. My collection is called Coleoptera which is the Latin word for beetles – not to be mistaken for the popular boy band of the late 60s. Hard and shiny beetles epitomise the Y-3 look and I have incorporated their shape-shifting silhouettes into my designs, making two puffer jackets that replicate their shell shapes, while adding balaclavas to emphasise their horns. It’s all blue and black and my use of silk satin chimes with Y-3’s aesthetic, but, like Yohji Yamamoto’s work, I also wanted to make these pieces as gender-neutral as possible.”

“My project is based on Hiplife, a style of music video that was popularised in Ghana during the 90s and early 00s, looking into the era’s electronic music, which was led by Ata Kak.It’s a take on the Americanisation of Ghanaian youth culture and the influence that the West had on those subcultures. It also speaks to the ways in which young Africans reinterpreted Western tropes, be it MTV or the 90s hip hop scene in Atlanta. It amplifies how cultures can fuse to birth entirely new lifestyles. Dishevelled shirts originated from the image of recklessly-dancing partygoers, their clothing full of wrinkles and ruffles. Denim symbolises the aspiration to attain an American aesthetic, dresses were inspired by snapshots from low res music videos, the prints twisted to have a burnt, heat map effect, while an arm has been turned in on itself to convey the idea of video vixens constantly touching themselves in order to seduce.” 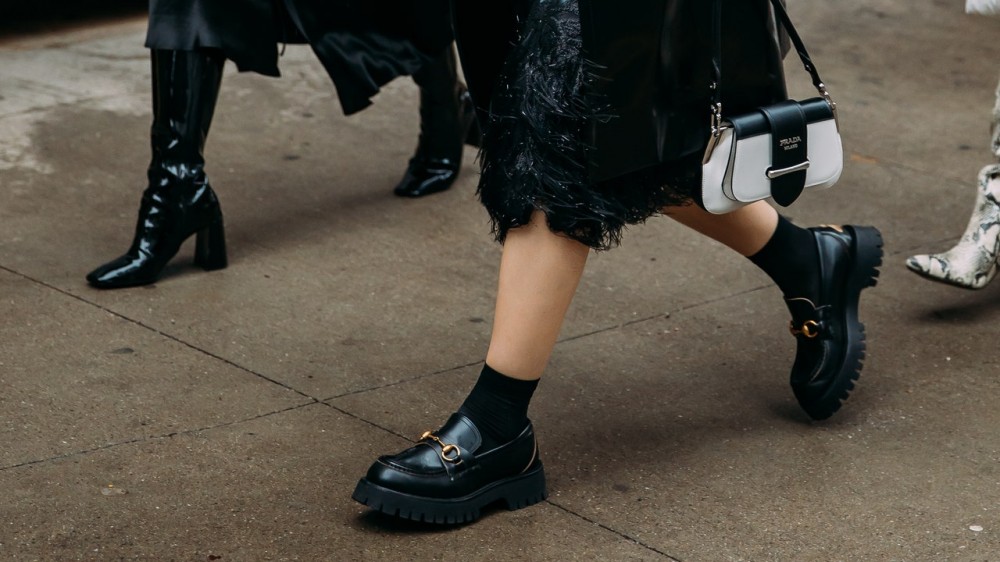 The Wardrobe Staple I Learned to Love Over Time 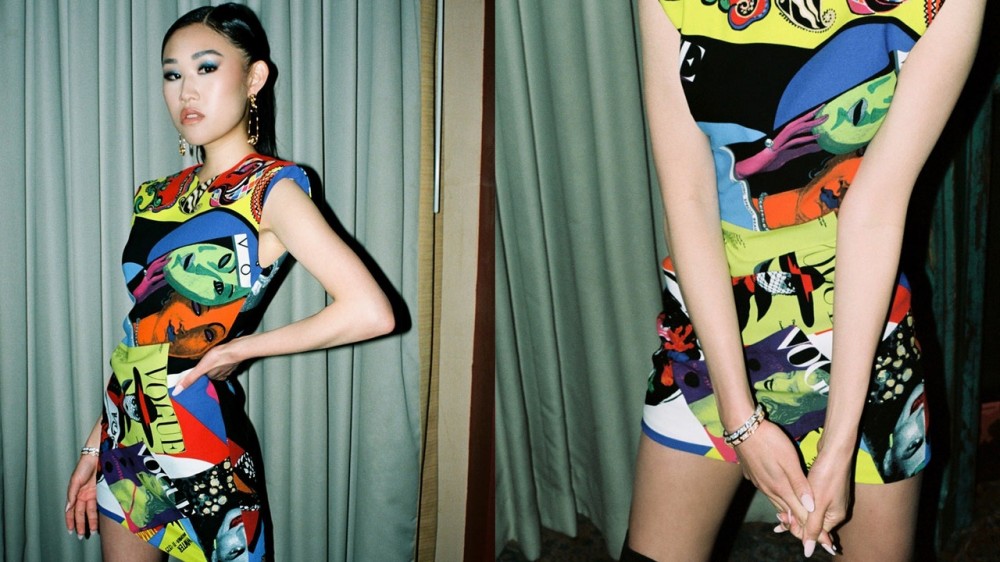 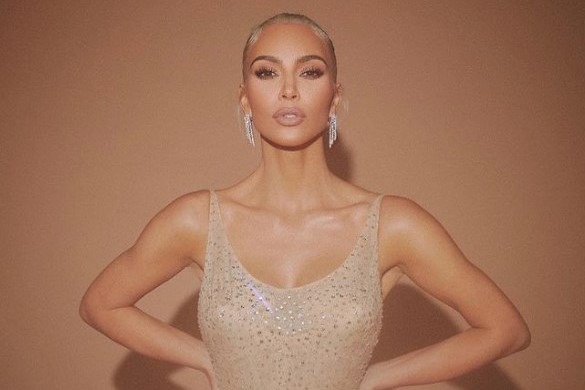