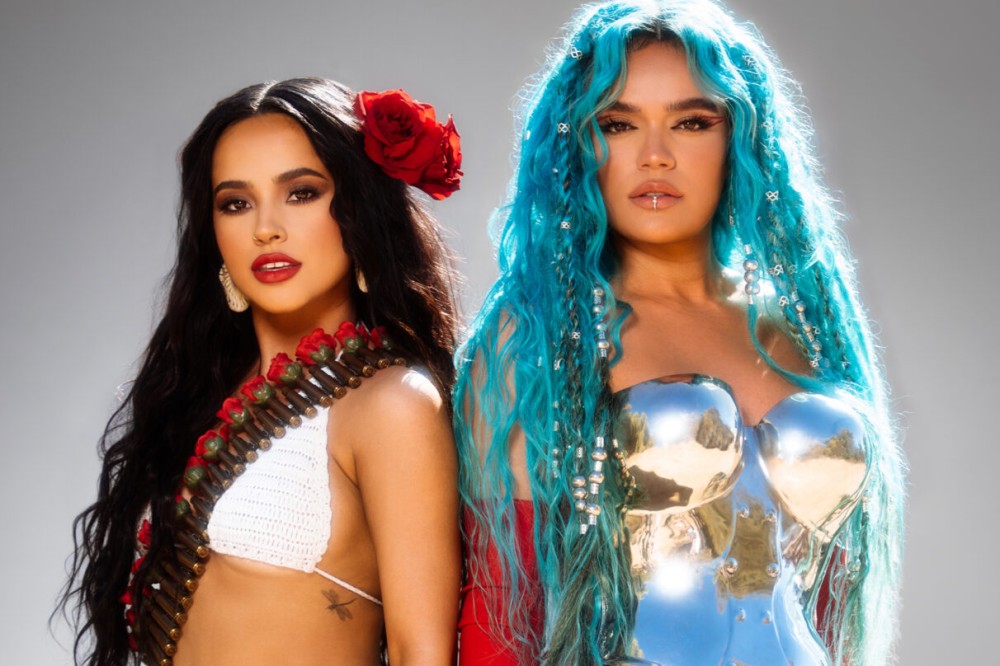 ¡Que vivan la Bichota y la Becky G! This week, their collaboration “MAMIII” continues to break records as it becomes the first all-female Latine collaboration in history to reach the Top 10 on the Global Spotify Chart. At the time of writing, the song has reached a new peak of No. 8 on the chart.

This achievement comes less than a week after the release of “MAMIII,” and is amongst a list of accolades the song has already achieved. The song also reached No. 1 on the new Top 10 Pandora Radio chart and claimed the No. 1 spot on Apple Music Mexico. “MAMIII” currently has over 7 million Spotify streams, so we’d be surprised if we didn’t see it charting on Billboard in the near future.

Fans are celebrating the song, with one fan taking to Twitter to express their pride in the achievements, saying: “WE’RE BREAKING RECORDS EVERYWHERE IN THE WORLD SO LET’S SCREAM THAT MAMIII CONTINUES TO TRIUMPH!”

The track‘s achievement on Spotify is no surprise, considering Karol G’s incredible achievements on the platform. She ended 2021 with 2.97 billion combined streams, making it the biggest streaming year ever for a Latina artist, and was the ninth most streamed female artist overall.

We can’t wait to see the track continue to dominate the charts, and while we wait on it to go No. 1, we’ll be shaking our hips and mouthing off our exes to this song. A.CHAL Evolves His Sleek R&B With a Dive Into His Peruvian Roots for 'ON GAZ' Mixtape