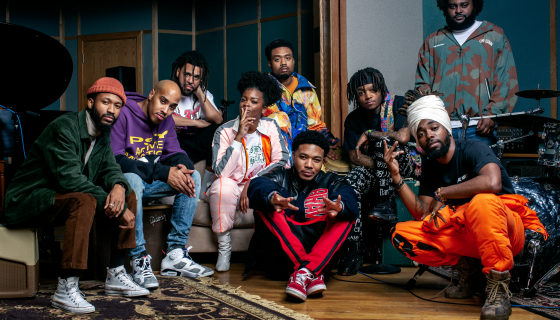 While the rest of us are just now reacclimating to the office, has been at work. Monday evening (Jan 13.), the label that J. Cole built released a two-single pack titled 1/16 featuring music from Ari Lennox and EARTHGANG. The pack is available on all streaming services.

On “BUSSIT,” soul singer Ari Lennox reveals her sensual side in just over two minutes [“Don’t want the smoke / Don’t waste my time / I’ll be open for you / Work out my spine / I need you near…”].

As for “Still Up,” Atlanta duo EARTHGANG (WoWGr8 and Olu) wax poetic about all the ways they’re floating above the fray, bringing TDE rapper Reason along for the ride. Over bass-heavy production, reminiscent of a time when Three Six Mafia reigned supreme, the three men go back and forth trading one-liners about what they’ve overcome [“I’m on EARTHGANG and n—-s got wavy / Now we got the whole game f–ked up / Made it to the top position / Work till I take top position…”].

If this is what Dreamville is coming with in the first two weeks of 2020, their peers had better clock in. Last year’s Revenge of the Dreamers III compilation album has been certified Gold and later this year at Dorothea Dix Park in Raleigh, North Carolina.

Listen to the new cuts below. DMX To Be Released From Prison Next Month TOBIAS FORGE Still Considers GHOST To Be A 'Metal Band'