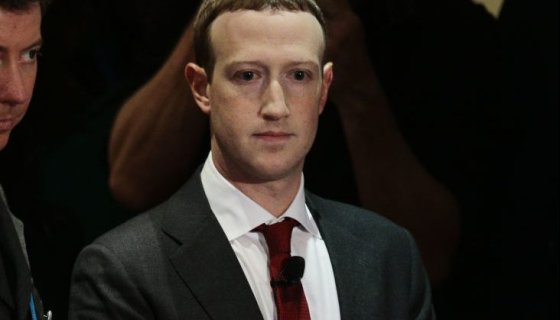 #DeleteFacebook: Mark Zuckerberg Is Getting Clowned After Caping For Donald Trump

Wednesday (May.28) Zuckerberg once again proved why many feel he is just a spineless nerdy billionaire. The Facebook founder and CEO hopped on FOX News of all places and decided to chime in on Twitter fact-checking Donald Trump. Speaking with Dana Perino, Zuckerberg said that he would have let Trump’s extremely false statement of mail-in ballots leading to widespread fraud stand.

“We have a different policy than Twitter on this. I believe strongly that Facebook shouldn’t be the arbiter of truth of everything that people say online. I think in general private companies shouldn’t be, especially these platform companies, shouldn’t be in the position of doing that.”

Right on brand for Zuckerberg.

Meanwhile, Twitter’s CEO, Jack Dorsey, stood by his company’s decision to slap two of the liar-in-chief’s with a label printing out that information is misleading and directing them to factual information. He also hit Zuckerberg with a slight jab for his “arbiter of truth” statement as well in a series of tweets.

Fact check: there is someone ultimately accountable for our actions as a company, and that’s me. Please leave our employees out of this. We’ll continue to point out incorrect or disputed information about elections globally. And we will admit to and own any mistakes we make.

Per our Civic Integrity policy (https://t.co/uQ0AoPtoCm), the tweets yesterday may mislead people into thinking they don’t need to register to get a ballot (only registered voters receive ballots). We’re updating the link on @realDonaldTrump’s tweet to make this more clear.

While Zuckerberg is in the good graces of Trump and his MAGA minions for deciding once again that profit is better than doing the right thing, he is also getting dragged on Twitter for seemingly caping for the orange menace. #DeleteFacebook has been trending all night, and the Zuckster is getting called out as well.

We don’t feel bad either, you can see the reactions to Zuckerberg deciding not to fact-check Donald Trump below.

Imagine being Mark Zuckerberg, under 40, one of the most powerful people in the world, 50 billion dollars, and still rushing to kiss a racist conman’s ass so you can maybe make a little more money.

What a pathetic dweeb.

Aaron Sorkin writing Mark Zuckerberg as a power hungry, morally bankrupt sociopath in “The Social Network” is probably the best thing he ever did.

Twitter is absolutely right to fact check Trump. Mark Zuckerberg is wrong not to embrace HIS responsibility to the truth. Also, quick reminder Trump surrogate Peter Thiel sits on Facebook's board.

"I just believe strongly that #Facebook shouldn't be the arbiter of truth of everything that people say online."

Yet, #Facebook employs @politifact to do just that: "fact check" and block #conservatives on their platform pic.twitter.com/JVXPZddRsk

mark zuckerberg did an interview with right-wing radio host hugh hewitt today, if you're wondering who the man who essentially controls online news is pandering to.

How Mark Zuckerberg looks when he sees #DeleteFacebook is trending pic.twitter.com/xfyzo7vV7J

Who here wants to see a sequel to The Social Network where the Winklevoss Twins punch Mark Zuckerberg in the face for 2 straight hours. No storyline. No Dialogue.

Just 2 hours of The Winklevoss twins switching off and kicking the living snot out of Mark.

I left Facebook years ago and haven't regretted it once.
#DeleteFacebook because they're peddling lies and propaganda, they're stealing and selling your data, and they're a pointless time sink

I just deleted my Facebook account this past weekend. I’ve never felt so much better and at peace. I don’t regret it and will not return. #DeleteFacebook

This is the right time to remind y’all again to #DeleteFacebook https://t.co/Z9AdYufcJw

I deleted #Facebook shortly after the election.
It was one of best decisions I've ever made.

You'll be glad you did.

They allowed the Russians to show fake ads which benefited Trump to 126 million Americans in 2016. Then interfered with an honest post by @ProjectLincoln that was critical of Trump in 2020. And now Zuckerberg pipes up, supporting Trump’s criticism of fact checks?#DeleteFacebook