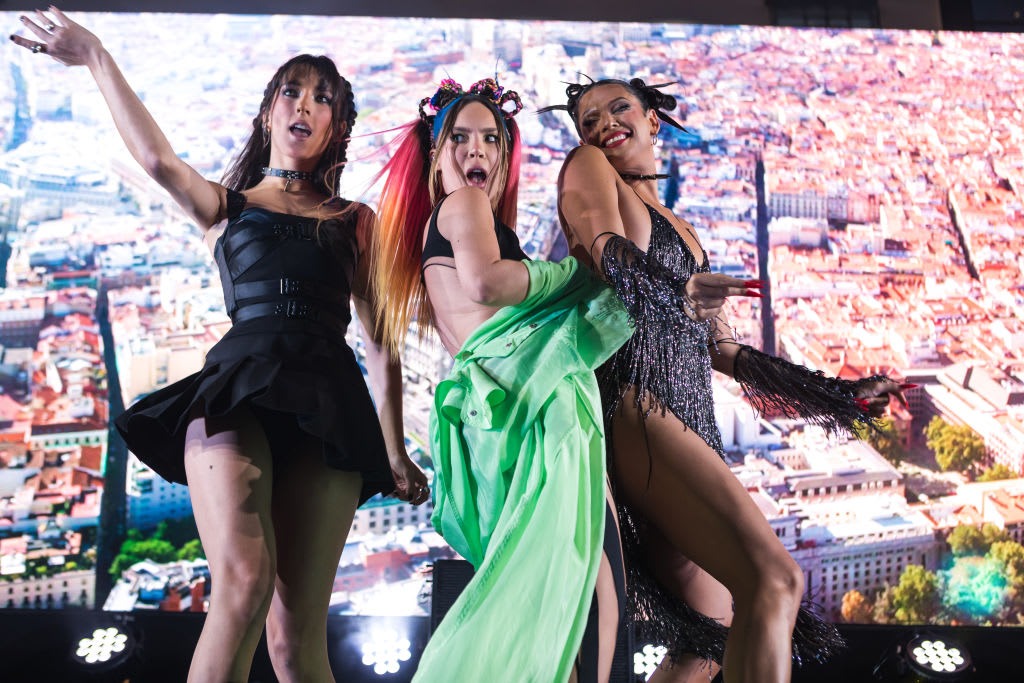 Belinda made sure her performance at Madrid Pride yesterday (July 6) was extra gay. Towards the end of her set, the Spanish pop star shared a kiss with RuPaul’s Drag Race star Valentina and actress Lola Rodríguez.

Belinda was one of the performers at Mado Madrid Orgullo. During her performance, she wore a black bodysuit with multi-colored hair that gave off rainbow vibes. One fan wrote that Belinda’s hair reminded them of her character Silvana from the early aughts telenovela, Cómplices Al Rescate.

Me recordó a Silvana. pic.twitter.com/AcfoHEzsVR

The reactions from the fans about the kiss were pretty fun and hilarious. One fan compared Belinda’s onstage kisses to the same-sex kiss from Disney’s Lightyear movie that some parents in a huff. With a laughing and crying emoji, they wrote, “Belinda after going to see Lightyear.” Blame It On The Juice: Lizzo Named TIME’s Entertainer Of The Year