This is our weekly compilation of newly released bite-sized song reviews from our talented music writers. Discover new favorites, read nuanced criticism of the week’s hottest releases, and much more. Who knows, you might walk out of this with a new fave or two. Some of the featured artists include Rebecca Black, Jon Z, and Andrekza. Follow our playlist featuring these tracks and more on Spotify or Apple Music.

Dark house and rave pop coalesce on DAGR’s gritty new single “Cafe Racer,” the latest track from their forthcoming album Fade on Black. Here, the rising LA-based duo enlisted Spain’s experimental, genre-defying rapper LVL1 and latex and lace-clad Rebecca Black to dial up on sex-positive debauchery and the absurd. “Cafe Racer” is a nod to queer club kid joy and buzzes with the sweaty, sticky energy of a warehouse party dancefloor. – Nayeli Portillo

Boricua singer Jon Z is ready to get the party lit up with sounds beyond the same old. With his new album, Proyecto Z, he proves to be an artist capable of making any kind of music, and “Paz y Bendiciones” is proof of that. Turning the energy way up from the get-go, Jon Z rides a four-on-the-floor electronic beat to make an ode to a partner who exhilarates his heart with Myke Towers delivering sexually suggestive lyrics that go bang. — Marcos Hassan

The Venezuelan artist and creative director Andrekza has released the video for her sweet, playful, and catchy single “Quasimodo” off her Cassette LP. The track immerses the listener from the start with a hypnotizing and almost dream-like melody that quickly gets backed up by a soft beatbox. The pink-hued music video follows the singer as she gets over a breakup by indulging in sweets, going as far as referencing Ariana Grande’s ultimate breakup track, “thank u, next.” With that reference, you know it’s clear she’s over the ex-lover. – Jeanette Hernandez

Puerto Rican rock trio Sebimor doesn’t pull any punches with their new single, “Despierta Boricua,” proudly and defiantly wearing their loyalties on their sleeve. The song interpolates and updates the chorus of Lola Rodríguez de Tío’s original revolutionary lyrics to the island’s anthem, “La Borinqueña.” On the music video, the band doesn’t shy away from sharing sometimes garish and upsetting footage, shining a light on the overlooked violence that Puerto Rico’s colonial status has wrought on its citizens for decades. While typically dabbling in psych-rock and more upbeat tunes, here, Sebimor takes an important stance against what it, as do many on the island, feel is a present and existential threat to the land they call home. — Juan J. Arroyo

Dominican producer, rapper, and overall madman Mediopicky has quietly released a brand new self-titled album filled with dembow, house, grunge, and genre mash-ups that swirls into one of the most ambitious works of 2022. Among the LP’s many wild highlights, “Quien Te Llamó” stands tall with a cataclysmic collision of heavy metal and reggaeton while ghostly vocals from Picky eviscerate metiches who can’t seem to mind their own business. The result is a cathartic dose of thrashing perreo. – Richard Villegas

Ahead of her next album, Spanish producer AWWZ teams up with rising rapper LaBlackie in the hyperpop trap “G-SPOT.” The tight blend of sliding kicks and snare rolls lead the beat’s groovy rhythmics and pave the way to LaBlackie’s fierce lines. The Barcelona-based MC is a fresh face in the rap game, adding this new single to a couple of others in which she shows potential to go higher. — Felipe Maia

Ghetto Kumbé’s impressive 2020 eponymous debut album is getting the remix treatment, and they tapped L.A.-based Honduran producer Trooko to help them smash the dancefloor into pieces. As part of Ghetto Kumbé Clubbing Remixes, out in Nov. on ZZK, Trooko put his stamp on “Pila Pila,” dismantling the original track and building it back up with a new sense of riotous fun. It’s built around an incessant salsa-referencing bass line and decorated with frenetic sampling, and we’re just chaotically bouncing to it. – Cheky

On “Un Millón,” Mexico City by way of Venezuela R&B artist and producer Ferraz is completely mesmerized and not the least afraid to admit it. Carried by a suave, soft funk bounce and bright, honeyed guitar riffs, he taps into that one-in-a-million connection with zen-like calm and a flirtatious, undeniably catchy refrain. It’s the quintessential summer love scenario, but Ferraz makes it clear that he’s in it for the long haul. – Nayeli Portillo

Singer Guada knows how to communicate the full spectrum of heartache in song format. With this song, she reflects on a faltering relationship that represents a larger narrative called La (Re) Conciliación, an EP that unfolds in four acts. “Todo Lo Que Hemos Hecho” begins gently, giving it jazz and bolero touches that let GUADA’s voice shine before turning it into a full-blown power ballad that keeps the feelings grounded while the music soars. This track shows GUADA’s talent for inhabiting many styles that serve a palpable emotion. — Marcos Hassan

The Mexican-born singer-songwriter Mariangela released her third alternative pop single, “Soñarte.” The track’s gloomy video follows the Monterrey, Mexico, native as she rides the car with her friends – something that is usual for them but unfortunately ends in tragedy. With her softly captivating voice, the singer uncovers a profound loss as she reminisces about good times that are no longer attainable. The visuals end with an in memoriam tribute, a beautiful way to commemorate someone who is no longer alive. Although the song serves a sad story, the artistry that Mariangela delivers has hooked us to see what else she has in store this year. – Jeanette Hernandez

Enyel C’s new debut EP, Angelito, dropped this past April, and the lo-fi boy wonder peppered his tracklist with everything from alt-perreo bops to chill-hop collabs. His new single, “Honey,” is an altogether different affair — it’s a subdued contemplation and tribute to a dearly departed friend, his cat Ringo. Reteaming with director Jan Rolón, Enyel walks us with his music and the visuals through a trippy narrative as he tries to recapture one last time what he felt with his furry buddy by his side. It’s a tender reflection on sudden loss, underlined by a cathartic guitar solo that binds the song’s rollercoaster of emotions together. — Juan J. Arroyo

Following a string of pandemic experiments and live releases, Ecuadorian indie-pop crooner Abbacook is back to creating glossy, romantic earworms on the new single “Fácil.” The song couples seductive R&B swagger with a hypnotic bassline reminiscent of Shakira’s “Las de la Intuición,” all while Abbacook unspools a tale of hesitant lovers enamored from afar but ready to plunge into a joint adventure. – Richard Villegas

Xote (pronounced like “shot”) is the sweetest of all sons under the forró umbrella, a broad category encompassing several genres, rhythms, and dance styles from Brazil’s Northeast region. In “Por Essa Rua é Ruim,” Rio’s indie group takes the xote route to make a delicate song about long-lasting romantic relationships that often can find a rocky road ahead. With some psychedelic touches, this track is definitely best listened to and danced along with your pair. — Felipe Maia

MNKYBSNSS captured the levity and carelessness of the summer and bottled it up in their new dance hit “Horas,” the second and last single ahead of the release of their sophomore album. Co-produced alongside Filip Nikolic, a.k.a. Turbotito, “Horas” sits perfectly in place with the Bogota duo’s previous cinematic club jams. The pounding four-on-the-floor beat is wrapped with string pads and flute melodies while punctuated by a funky electric guitar, giving the vocals a bed to lie down on and fantasize about a fleeting moment, feeling, or person. – Cheky 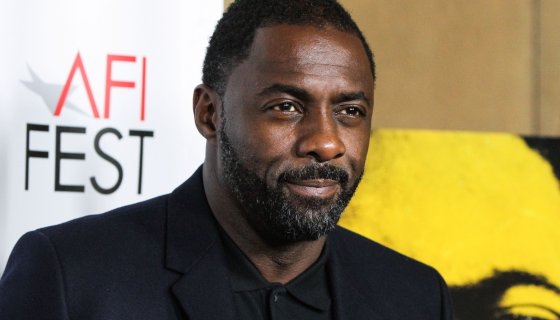 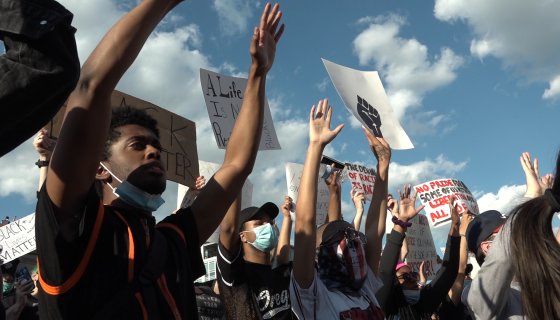 #BlackLivesMatter: How You Can Help From Home Locally & Nationally