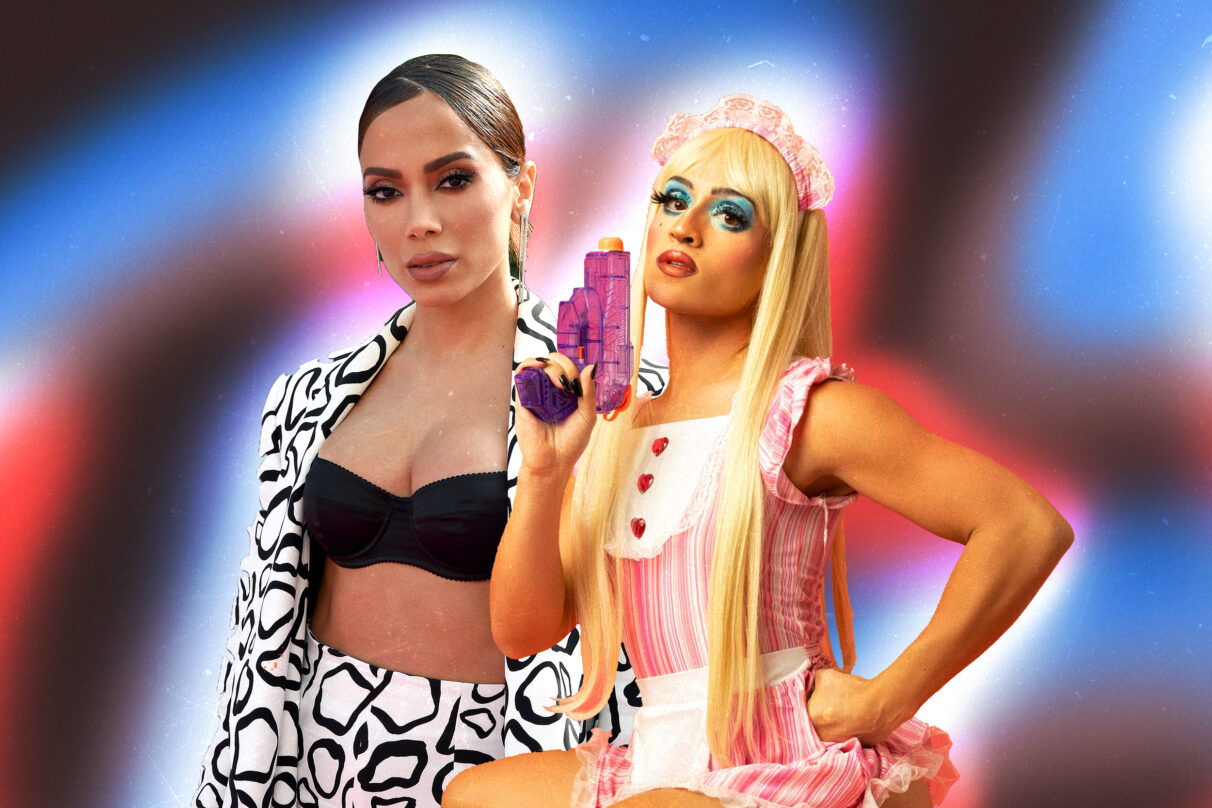 If the last two years have taught us any lesson, it’s probably that we shouldn’t take anything for granted, and that music will always find a way to be there for us. Like 2020 and 2021, this year is shaping up to be one of uncertainty with a barrage of mindblowing music to provide the soundtrack to our lives. Here, we present a list of upcoming albums that will be coming out in 2022 and will surely help through the good and not-so-good times ahead of us in the coming months.

Although the touring circuit and general infrastructure of the music industry are still shaky from the intermittent lockdowns caused by the ongoing global COVID-19 pandemic, artists have been supplying recordings at a relatively steady pace, and this year is shaping up to follow suit. From reggaeton superstars to promising indie newcomers to R&B futurists to tropicália visionaries to pop fusionists, this list of new releases is sure to become the perfect guide to musical highlights in 2022.

Some of the following music projects are ready to hit the streets while others are works in progress with uncertain release dates. That said, all data presented in this list is subject to change, so watch this space to keep yourself informed of new developments.

Without further ado, here are our recommendations for upcoming albums to have your musical 2022 on lock.

In less than a year, Villano Antillano went from guerrilla-shooting music videos with local friends to being one of the headliners of Banco Popular’s annual Christmas special. In between were whirlwind months filled with new singles and collabs, including “Muñeca” and “Vendetta” alongside fellow cuir artists Ana Macho and Young Miko respectively, remote presentations at SXSW Festival, and a storm of interviews where she weathered questions from those still grappling with her identity but smitten by her undeniable talent and flow. This year, she’ll make her biggest move yet with her debut album Sustancia X. In her words, that “substance X” is the chemistry of all the feelings that accompanied her last year during that sudden rise in fame, and throughout some individual decisions made about her body and evolving presentation, manifested in the album’s songs. It promises to be a very personal project, but no doubt still infused with the raw energy and saucy vibe that has been a part of her style since the beginning. Make no mistake, 2022 will be Villano’s year — hear her roar. — Juan J. Arroyo

Years before her 2019 visual album Kisses, Anitta was already saying loud and clear that she wanted to be known as the girl from Rio — though the girl from Brazil is more appropriate. Over the past years, the singer has become a giant star and a mogul in Latin American pop, engulfing genres like reggaeton and trap and making appearances on Netflix shows and the U.S. late-night talk show circuit, unlike any other Brazilian artist before her. However, holding the title of the biggest popstar to blossom from the South American country is not the same as being a global pop star. That’s Anitta’s goal with Girl from Rio, her fifth album. Now, the singer aims to hold and expand her ground among the industry sharks, and once again, she will be melding Portuguese, English, and Spanish, embracing a global audience. Such a broad spectrum comes with a tough call for Larissa (Anitta’s real name). Despite pulling out high positions in charts, the album’s eponymous single is just another trap song with a Brazilian sample. On the other hand, “Me Gusta”, the album’s first single, excels in delivering a blend of catchy lyrics and unapologetic dancing beats with a Brazilian vibe. Choosing between easy-listening tracks and flavorful pop will define if Anitta’s next album will transform her into the girl from Rio. — Felipe Maia

Hurray For The Riff Raff – “Life on Earth”

We are less than a month away from Bronx-born singer-songwriter Alynda Segarra’s, also known as Hurray For The Riff Raff, upcoming album Life on Earth. This will be the Puerto Rican’s debut album on Nonesuch Records, but the eighth throughout their musical career. For this project that embodies rejuvenation, they drew inspiration from all over the creative spectrum — including one of Puerto Rico’s modern pop icons Bad Bunny. The first three advanced singles are already out: “RHODODENDRON,” “PIERCED ARROWS,” and “JUPITER’S DANCE,” each giving us a taste of Segarra’s grungy, raw, and now more personal point of view that resulted from having to survive in this global pandemic state that we are currently living in. Clearly, we don’t only resonate with it but are more than ready to explore their “nature punk” end of the tunnel-esque joy in this new and more intimate chapter. – Jeanette Hernandez

Shortly after blasting the internet with their breakthrough viral performance of “Racist Sexist Boy” at the Los Angeles Public Library in May 2021, half-Latine, half-Asian punk outfit The Linda Lindas entered our and everyone’s radars, gaining praises from the likes of Tom Morello, Sonic Youth, and Hayley Williams. The teenage quartet is preparing her still-unannounced debut album with legendary imprint Epitaph, and from the sound of previously shared singles “Oh!” and “Nino,” we’re expecting unfiltered fun and insightful moments, all to the beat of their invigorating take on power-pop and punk. We predict The Linda Lindas’ debut will be a career-launching moment. – Cheky

It’s been almost four years since singer and songwriter IZA released her debut album, Dona de Mim, in which she showed potential to become one of Brazil’s top pop stars (a prediction that turned out to be true). IZA hasn’t stopped releasing new music since then, including the sultry “Meu Talismã” and a collaboration with Ciara and Major Lazer, both from 2019. But with the amount of effort and planning she puts into each of her works, it’s only right that we have high expectations for her next full album. In an interview for G1, IZA shared that it will feature trap and dancehall, following the sound and style of her 2021 single “Gueto.” She also promised more reggae and R&B, genres we heard in her first hit “Pesadão” (2017) and her latest, “Sem Filtro” (2021). The genre choices may not come as a surprise, but IZA’s sophomore album certainly will be one of the most refreshing releases of the year. – Ana Clara Ribeiro

Mariana de Miguel has been teasing her return to the forefront of the Mexican neo-soul scene for almost a year. In March 2021, she dropped the single “Rosas (Dímelo)” accompanied by an intense music video, followed in Nov. by the equally stunning “Amores de droga,” which both upped the ante and presented us a clearer vision of this new era for Girl Ultra. The official follow-up to 2019’s Nuevos Aires, de Miguel compares the as-yet-untitled short format collection to Madonna’s Ray of Light, boasting a sound that mixes club music, pop, boleros, and rock into her singular vision. Slated for a Spring release, expect lovesick songs, club bangers, and laidback vibes in equal parts. – Marcos Hassan

Betting on yourself in the music world, whether as an industry insider or an artist, is an extremely challenging gamble. For Doris Anahí, her time has come to showcase that not only is it possible to succeed in either undertaking, but you can dominate both through the balancing act of raw talent, artistic vision, and love for your community. Making initial waves in the industry side of things fresh out of college, Doris Muñoz was quickly recognized as a trailblazing advocate for the recent rise in visibility and development of Latine music talent. After years of successfully cultivating the careers of many leading indie acts, as well as the home base that existed in the form of her own management company, she is now ready to step into her own spotlight by reintroducing herself in the role of singer/songwriter Doris Anahí. With an upcoming debut project out this Spring, we are awaiting an experience that takes us into a slow-burning, mesmerizing world fueled by the glimmered moments of reflection brought on by love, loss, and heartbreak. We’ll get an upcoming preview of this new venture in the coming weeks with the release of her first single that enmeshes the world of dreamy vocals and ethereal influential nods to the golden age of boleros, co-produced by fellow industry-vet-turned artist Camilo Lara (Mexican Institute of Sound) and Danny Murcia (ex-mañana). – Jeanette Diaz

Owerá is a young Indigenous rapper from Brazil, a member of the Guarani Mbyá people who has been garnering attention outside of his native country with compositions that bring to light the Indigenous people’s lifestyle, their human rights struggles, and the everlasting environmental threats they face. One of the highlights of his upcoming album is the track “SOS Amazônia,” where Owerá sings about the rainforest. The young talent differentiates his style from the local players by being able to rap in Portuguese and also in Guarani (the native tongue of his people) while also employing a sonority to his songs drawn from his Indigenous heritage, which gives him an edge when spreading his message in a very crucial moment as there is Indigenous genocide and environmental crisis running rampant. — Gabriel Leão

Back in 2019, rising artist KAINA released Next to the Sun, a luminous debut album brimming with optimism and unwavering love for her community in her hometown of Chicago. The way the first-generation Venezuelan-Guatemalan singer effortlessly moved in and out of everything from earthy yet satiny R&B to soulful and percussive-heavy Latin jazz over the course of just nine tracks also solidified her place as an absolute must-watch artist coming out of the Midwest. Cuts from her forthcoming album, It Was a Home — the dreamy “Anybody Can Be in Love,” the soul-pop splash that is “Apple,” plus songs like “Casita” and “Come Back as a Flower” — have already showcased that same kind of skillful versatility found in her first full-length release. It Was a Home, out March 4th via Berlin-based label City Slang, features contributions from artists like Sleater-Kinney, Helado Negro, and fellow Chicagoan Sen Morimoto. –Nayeli Portillo 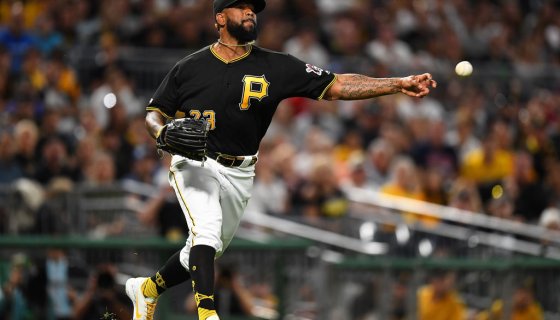 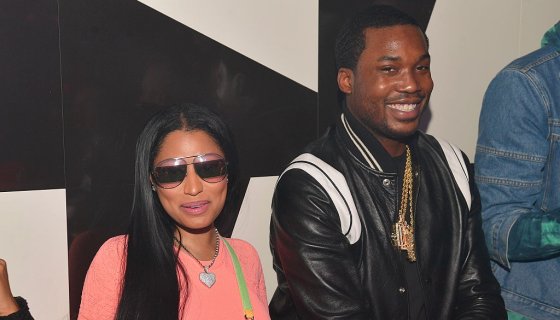