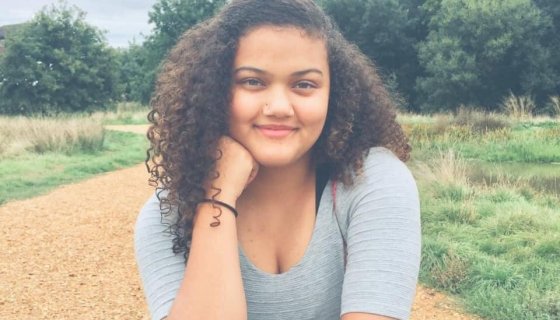 While Black people are , reports of hate crimes and are on the rise. The has left a Wisconsin community saying enough is enough.

On Wednesday (Jun 24), Althea Bernstein, a Black woman in Madison, Wisconsin, sustained second and third-degree burns after she was allegedly set on fire by white men yelling racial slurs while at a stoplight.

The 18-year-old , who is studying to be a paramedic and firefighter, says she was on her way to her brother’s house at around 1 am on Wednesday morning when the incident occurred. Bernstein stated that she saw four white men, one of whom used a spray bottle to shoot liquid onto her face and neck. Someone then allegedly threw a flaming lighter at her setting the fluid ablaze.

“I was listening to some music at a stoplight and then all of a sudden I heard someone yell the n-word really loud,” Bernstein said. “I turned my head to look and somebody’s throwing lighter fluid on me. And then they threw a lighter at me, and my neck caught on fire and I tried to put it out, but I brushed it up onto my face. I got it out and then I just blasted through the red light … I just felt like I needed to get away. So I drove through the red light and just kept driving until I got to my brother.”

This is 18-year-old Althea Bernstein.

She says she was sitting at a stoplight in Madison around 1 a.m. Wednesday. She says she heard someone yell a racial epithet and saw 4 white men who sprayed her with lighter fluid & threw a flaming lighter at her, setting her on fire. pic.twitter.com/1m5ZMfnHuY

The attack occurred as Black Lives Matter protests were winding down in Madison, though Bernstein had not been participating in the event. Following the attack, Bernstein drove herself to the hospital and was released around 6AM. According to a police incident report filed after the teenager gave her statement, “Investigators are looking at surveillance images to see if any of the assault was captured on camera.”

Anyone with information about it is asked to contact Madison Area Crime Stoppers at 608-266-6014.