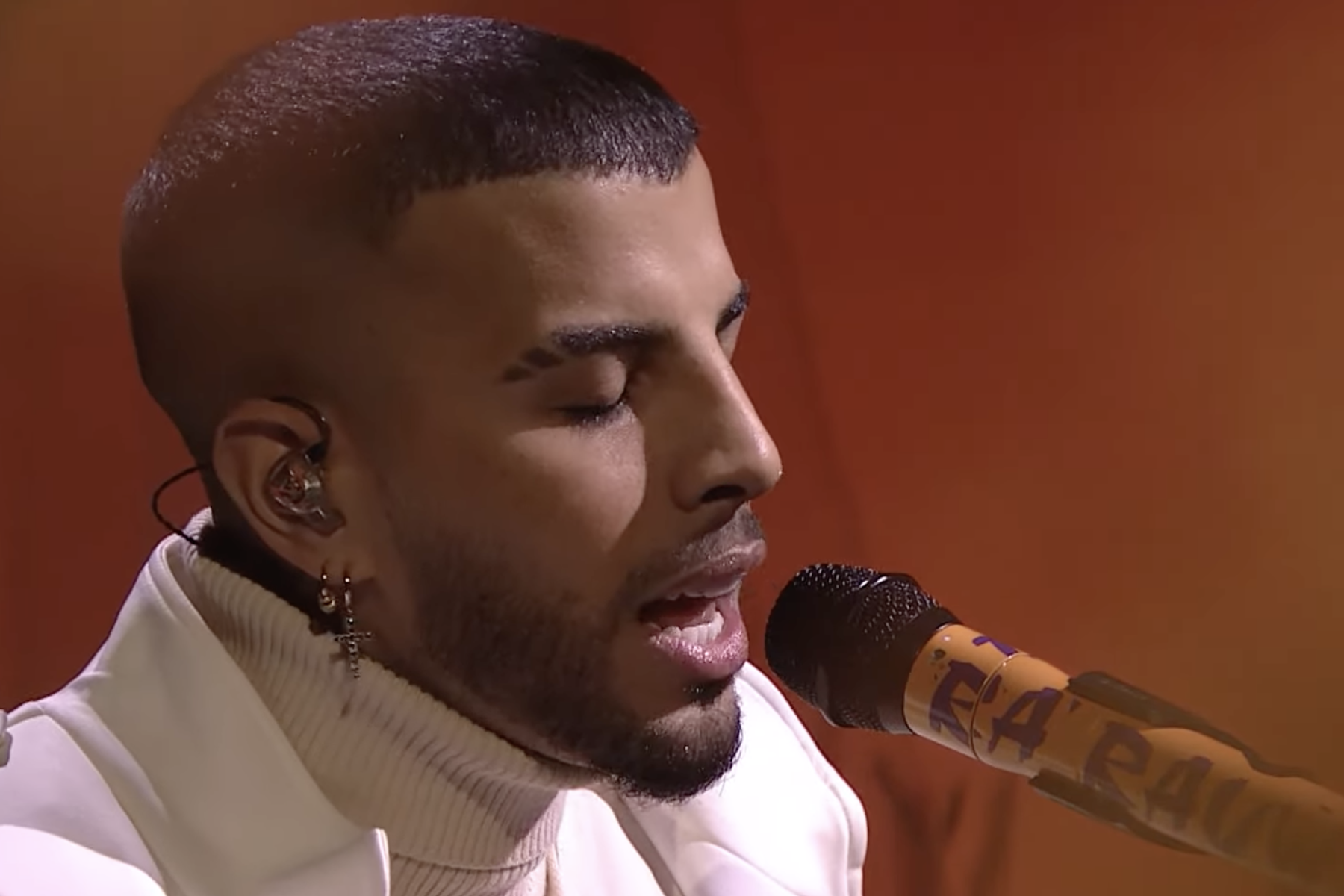 Rauw Alejandro put his musical versatility on display during his appearance on The Tonight Show Wednesday, performing a medley of the sensual, slow-burning ballad “Museo” and his reggaeton banger, “Desesperados.”

The Puerto Rican multi-hyphenate — Alejandro both dances and acts alongside his songwriting and performing duties — opened the segment seated at a piano, surrounded by statuesque dancers for “Museo,” which appears on his recently released EP, Trap Cake Vol. 2. Alejandro was then joined onstage by reggaeton trailblazer Chencho Corleone for their collaboration, “Desesperados,” off the “Todo En Ti” hitmaker’s critically acclaimed 2021 album, Vice Versa. The Latin Grammy-nominated record landed at No. 3 in Nuevo Culture‘s list of the 50 Best Albums of 2021.

“I’m from another generation, but the people behind me, like Arcángel, Daddy Yankee — I think they struggled more than us to put the name of reggaeton on top…They opened the door for us and struggled with labels who rejected them,” Alejandro told Nuevo Culture of the genre’s rise in popularity. “And where’s reggaeton right now? It’s on top of the world.”

Alejandro is currently in the middle of a brief U.S. arena tour, which wraps April 24 in San Jose, Calif.