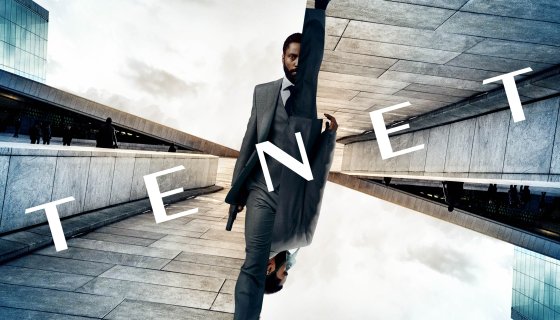 Looks like fans of John David Washington looking forward to seeing him save the world in the Christopher Nolan sci-fi thriller, will have to wait a while longer as the studio has once again delayed the film’s street date (thanks, Trump.

Variety is reporting that Warner Bros. hasn’t just pushed back the film’s August release date, but decided to postpone the release of the spy/sci-fi film indefinitely due to the uncertainty surrounding the reopening of movie theaters due to the COVID-19 pandemic. Originally slated to premier this past July 17th, Tenet was then pushed back to July 31th before getting an August 12th premier date. But thanks to the orange overlord and his ignorant “patriots” making political statements by refusing to wear masks and ignoring social distancing guidelines, Coronavirus cases have skyrocketed across the US and the re-opening of movie theaters have been halted, hence the postponement of the film.

“We will share a new 2020 release date imminently for ‘Tenet,’ Christopher Nolan’s wholly original and mind-blowing feature,” said Warner Bros. chairman Toby Emmerich in a statement. “Our goals throughout this process have been to ensure the highest odds of success for our films while also being ready to support our theater partners with new content as soon as they could safely reopen.”

Given the state of the country, Tenet might not see it’s highly anticipated premier until the summer of 2021 and that’s only if Joe Biden wins the election and takes over the responsibilities of the Presidency. If Trump wins and continues to act as if the Coronavirus isn’t a big deal, Tenent may never see the silver screen and might be relegated to an On-Demand feature. If you’re familiar with Christopher Nolan’s body of work you know his films are meant to be experienced in a theatrical setting.

On the other hand international fans of Nolan’s work may get to experience the film in all it’s glory as Warner Bros. may actually premier the film overseas as other countries have been able to flatten their COVID curve and get the pandemic under control. Something the US has obviously not been able to do.

“We are not treating ‘Tenet’ like a traditional global day-and-date release, and our upcoming marketing and distribution plans will reflect that,” Emmerich said.

Aside from Tenet, many movies have seen their premier dates pushed back due to the pandemic and 2020 will mark the first summer in a decade that comic book fans haven’t seen a film set in the Marvel Cinematic Universe which would’ve been Black Widow.

Yeah, y’all know who y’all have to thank for that. Lou Bega's "Mambo No. 5" Pairs a Little Too Well with Green Day's "Holiday"