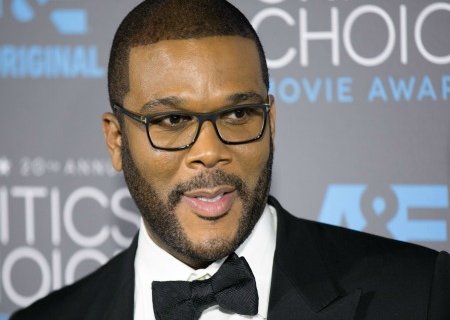 The one silver lining that’s stood out during this Coronavirus pandemic that people can appreciate is the outpour of empathy, goodwill, and contributions that everyday Americans and celebrities have made thus far.

has become the latest in a growing line of celebs who’ve jumped into the fray and lend a helping hand to those affected by the outbreak and though he’s planning on joining Joel Osten’s Easter Sunday Service (against social-distancing logic), he’s still doing his part to help those in need.

Page Six is reporting that “Alex Cross” (remember that struggle?) reached into his deep pockets and secretly footed the bill for senior citizens at 73 stores across Atlanta and New Orleans including 44 Kroger stores in the A. Props!

CONFIRMED: @tylerperry paid for all groceries during Seniors Hour at 44 Atlanta-area @Kroger stores. Look at these faces — you can see the smiles and tears through the masks! pic.twitter.com/MIm7F5Hssr

A confidential source told People that Tyler did this because “He wanted to do something special to provide immediate relief for some of the most vulnerable in the two cities he considers home.”

Aside from the Krogers, Perry also spread the wealth amongst 29 Winn Dixie stores in New Orleans and purposely chose the early senior citizens hours in which the elderly are given a head start to get their shopping on before millennials begin their product hoarding and leaving everyone else out in the cold.

More proof that the worst of times can often bring out the best in people. Too bad that doesn’t seem to apply to our elected leaders. Christ on crutches… Drake's 'Nice for What' Hits No. 1 on Rhythmic Songs