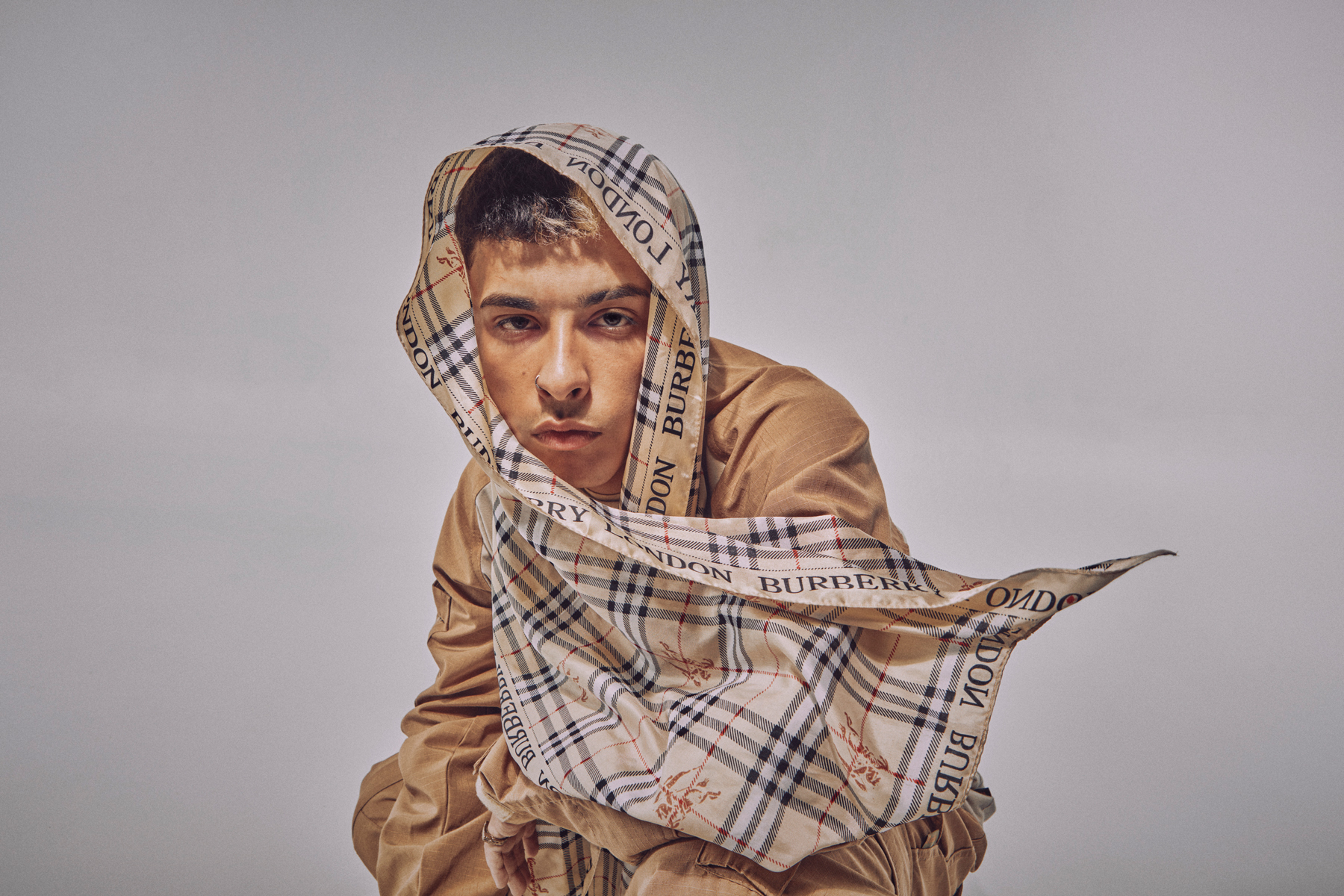 The last couple of weeks have marked some of the most gigantic, game-changing moments in Trueno’s career. First, the 20-year-old Argentinean rapper was singled out by Damon Albarn, who brought him onstage at the Quilmes Rock in Buenos Aires earlier this month and had him freestyle to “Clint Eastwood” for thousands of people. “It was incredible,” he says on a recent Zoom call in Spanish. “I grew up listening to Gorillaz, and it means a lot to me to be able to showcase Argentinean rap at that level.”

Then, last Friday, Trueno put out his new album, Bien o Mal, a project that takes inspiration from old-school hip-hop from the U.S. while celebrating traditions from Argentina and Latin America. It’s also a deeply politically and socially engaged LP that outlines struggles happening across the continent. Splitting the tracks between two sides, “The Bad” and “The Good,” Trueno raps about dictatorships, economic hardships, crime, and inequality across 14 songs, all while urging people to stand up and rise together. “I wanted include these two sides to have this conceptual through-line between the bad first and then the good,” he says. “It’s the idea of protesting into a celebration.”

While the project is strikingly mature for an artist so young, it’s not altogether surprising coming from Trueno. He was born into Argentina’s hip-hop traditions; his father is the Uruguay-born rapper Pedro “Peligro” Palacios, a staple in Argentina’s rap and hardcore scene in the Nineties. Trueno honed his talent in Buenos Aires’ freestyle battle circuit, refining his skills and eventually winning the famed Red Bull Batalla de los Gallos competition in 2019, when he was just 17. He went on to release his first album, Atrevido, a year later, and says the process of touring and getting to know new countries helped him evolve as an artist.

“I got to know so many more places. I went to places in Europe that are thousands and thousands of kilometers from where I’m from, and I learned I’m not just from my neighborhood and Argentina,” he says. “We’re a community of Latin Americans, and the realities we live in Argentina are sometimes similar to the realties people in other countries live, in Brazil, in Venezuela, in Peru, and the rest of America. I wanted to symbolize that and connect parts of the continent.”

Interview has been translated and condensed for clarity.

This album is full of songs that are politically and socially motivated. What was the vision you had for it?
Over the last few years, there’s been huge personal growth that’s inevitable, for me and for my whole team. I think you can see the difference from the first album. A lot of things happened; we got to know a bunch of countries we’d never been to, we got to know a bunch of continents we’d never been to as well, and that’s where the whole concept of discussing and defending our community came from. My first album was really about where I’m from, and it’s an album made for Argentina. Here, the vision was more about extending the perspective from Argentina to the rest of Latin America and the rest of the world.

There’s a range of influences on here. There are a lot of old-school hip hop references, as well as traditional details. What were your sonic inspirations?
Hip-hop is always the thing I’ll be grateful to and paying homage to and what runs through us. That essence is always going to be a huge part of anything we do. And I’m always trying to go a little more beyond what we already know — so collaborating with new producers and new people, as well as artists from here, was important. The plan was also trying to incorporate Latin American music and music from Argentina. That’s why we’re using the  voices of people like Victor Heredia and La Charo, that sample for Gustavo Cerati, inspiration from Atahualpa Yupanqui. So it was about paying tribute to what’s shaped us and made us who we are.

I’m always with my producers. For this, we worked a lot with Brian Taylor, who is an engineer and musician who was really important to the production of everything. We’re always open and trying to collaborate with others, with more and to learn more. The first objective, after we did Atrevido, we wanted to make it a really musical album, we wanted to make it a mix of organic and digital sounds. This album is thought out, with 80 percent of it being musicians —  there’s like the whole Argentinean scene in here. From there, different sounds were born on every song, and there’s layers and layers. There’s a lot of people on each song.

There have been two generations of rappers in your family, and you got your start doing freestyle battles in Argentina. How did that background inform your work?
Rap was never massive or acclaimed here in the press or anything like that. There were a few appearances here and there, like Illya Kuryaki and Dante Spinetta, and Sindicato Argentino was the first group that won a Latin Grammy for hip-hop here in Argentina. But I think what made the scale of it bigger was freestyle battles, which to me are a key part of hip-hop and also an element that historically helps create peace and art as a counterpoint that goes beyond violence and helps find resolutions through art while also having fun here. I think thanks to battles in Argentina, that’s how the best part of the urban scene here came together.

You have songs on here that are nods to old-school hip-hop, like “Fuck El Police.” What did you want to convey in that song and how is it indicative of your writing process?
Injustice committed by the police and abuses in marginalized areas are so important, and it was such an important thing to have had artists like Ice Cube and N.W.A. who raised their voices and had the courage to talk about that. I think communities felt that. My message on this song is about what’s happening in Argentina and Latin America and the things that happened in dictatorships that we’re still suffering, with innocent people being killed. I feel like in those situations, the only weapon you really have is your voice, and I wanted to do that.

I write a lot. I build the bases in my house and in studios. Sometimes we come up with ideas there and then I go off on my own and come back. Freestyling is also a really important element, too, though I think this album is a little more written out and thought-out compared to the last album that had more improvisation.

You have a ton of Argentine artists on here, like Nathy Peluso and Duki, as well as artists from other parts of Latin America and the Caribbean, like the reggaeton legend Randy.
Randy, he’s a legend in perreo. And it’s also DJ Fermin Daddy; we had this beat we’d put tango arrangements on, and they jumped on it and added this perreo element, so it really achieved this harmony between Puerto Rico and Argentina.

With features, I’m insufferable. I’m really selective. I see every feature as a kind of jewel that only fits one particular artist, and if that artist doesn’t do it, then it won’t fit anyone else. I really love working and learning with other artists, they each have their flow. And then there’s international artists like Randy and some that people still don’t know about. It’s about creating with someone else and making sure that person feels like the song is theirs too..

You and your girlfriend, Nicki Nicole, have gone public with your relationship, and you’ve also worked on music together. She’s also socially active and has songs that revolve around feminism and women’s empowerment. What does it mean to you to have someone you can connect with on all these different levels?
Before anything, I’m a fan of hers, of the way she improvises and sings and raps, and the message she carries and the music she makes. I think it’s incredible, beyond the love I have for her, but obviously it’s the maximum privilege to be able to have a partner who is an artist and who I can share this with, who I can share ideas, concepts with, and that we can support each other. Nicki, for me, is such a key artist, as much in music in Argentina as for women in music, and I think she’s also a person who’s doing the work to export the music to the U.S. and other parts of the world. She’s been on Jimmy Fallon, at Coachella, and she’s always representing Argentina.

There’s been a lot of buzz on social media about two secret collaborations that are part of this album, but haven’t been released. Right now, on streaming, they show up as two greyed-out tracks with question marks around the featured artists. What can you tell us about who they’re with and what fans can expect?
All I can say is two moments that really project where we’re going next. The idea is to keep taking Argentina to a global level. 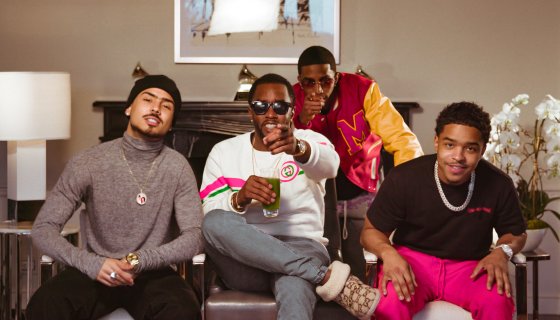 Diddy and Sons Officially Announce ‘Making The Band’ Return For 2020 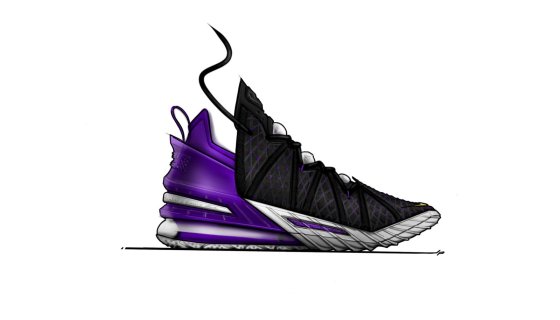