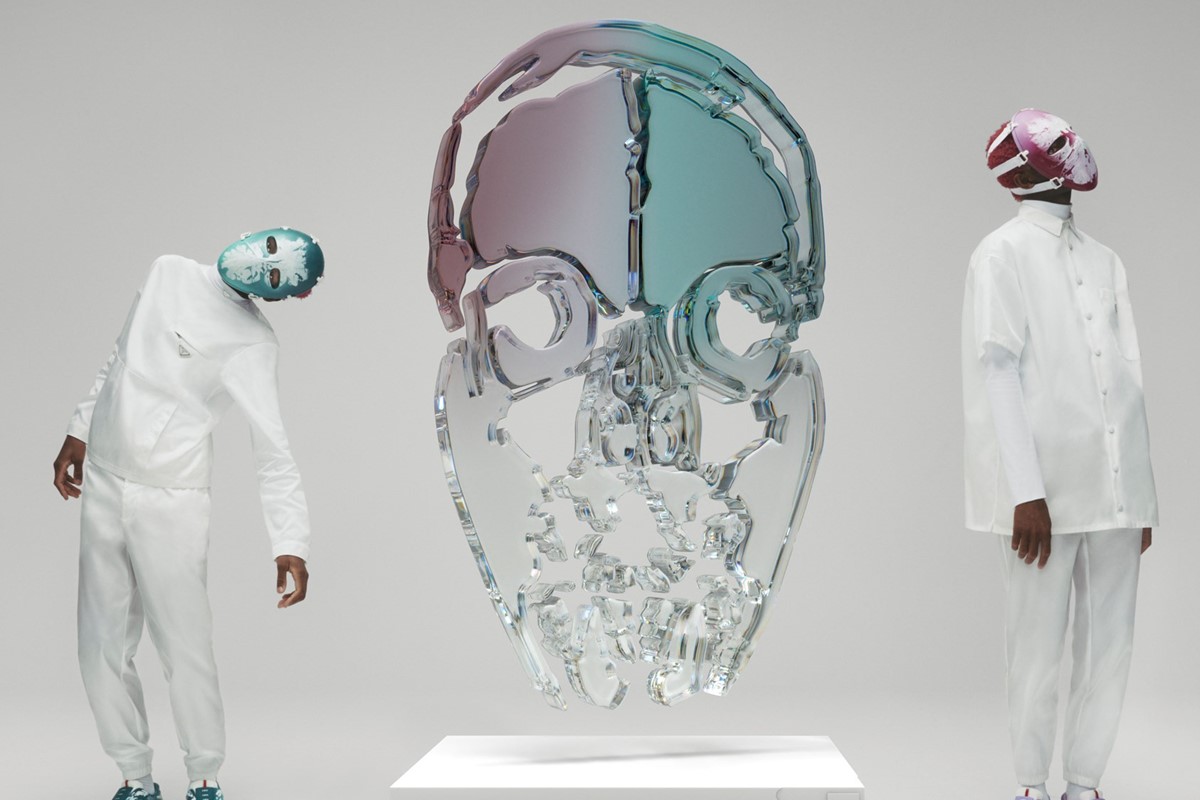 Artist Cassius Hirst – who goes by the moniker Cass – has always been drawn to sneakers as canvases on which to express himself. The unique sculptural qualities of trainers combined with their rich evocations of popular culture; their status as objects of design added to their ubiquitousness as everyday articles of clothing make them compelling cultural artifacts. “Trainers are amazing to work with,” he tells Dazed. “Mostly because they have so many layers and so much depth.”

He was 14 when he first painted a pair of trainers. He gave them as a gift for his father – art world luminary Damien Hirst. “Those shoes were so different from what I’ve been making in the past few years,” he recalls. Since then, his practice has developed and Cass’ customised, hand-painted sneakers have achieved a cult following among some of the most influential figures from the worlds of fashion and music, including the likes of A$AP Rocky, Playboi Carti, Offset, Rihanna, AJ Tracey, and the late, great Virgil Abloh.

Måneskin, moonlight, & magical clothes: what went down at Gucci Cosmogonie

Now, the cutting-edge artist has partnered with Prada Linea Rossa to reimagine their iconic America’s Cup sneaker in a limited edition range of special pieces, each pair totally unique with labels featuring the artist’s distinct signature. The co-branded Prada box is hallmarked by the Cassius Hirst logo – a scan of his brain, a symbol which holds significant meaning for Cass.

“The brain scan represents hope and knowledge in a world of shadows and uncertainty,” he explains in a statement from Prada. “The brain is where the thoughts happen – for me it all became about creativity and the creative process. I’ve learned that sometimes we have to look inside ourselves to see what’s really going on. We shouldn’t be afraid of that.”

Taking their names from musical terminology denoting the ‘life’ or ‘evolution’ of a sound, the collection comprises four distinct designs: ATT4CK, D3CAY, SUST4IN, and REL3ASE. In each expression, Cass displays his evolved techniques of painting footwear – from the textural innovation of ATT4CK, the layered, distressed style of D3CAY, the bright simplicity of SUST4IN, and the pure neon two-tone spray paint of REL3ASE.

He loves the immediacy of spray paint – the way the paint “moves through the air” and the rapidity at which it allows him to work. Music is also a seminal aspect of his practice as an artist, touching every part of his creative process. He composed the soundtrack which features on the campaign accompanying his Prada collab – a stunning, conceptual series of still and moving image shot by Axel Morin. “I wanted everyone in painted masks to keep the focus on the designs, the shoes and the amazing Prada outfits,” Cass recalls, describing the one-of-a-kind painted masks he created for the shoot.

Take a look through the gallery above for a glimpse of Axel Morin’s campaign for Cass x Prada. Below, we talk to Cassius Hirst about growing up on the radical vanguard of the British art world, his relationship with the legendary America’s Cup sneaker, and how he reconfigured this iconic design for a new generation of Prada wearers.

Please could you begin by talking us through the collection?

Cass Hirst: To me, the whole series feels like a display of the evolution of styles and techniques I have learnt in my own exploration of painting shoes. ATT4CK is my way of expanding the shoe and creating extra texture for the paint to work with. D3CAY is many of my techniques layered on top of each other and then blended together through distressing. SUST4IN is the top point of the series in my eyes, like flying through the clouds and getting to the clear skies above. It has simple, bright colours with white on the sides and is definitely one of my favourite designs. REL3ASE feels like the perfect place to end the series… pure neon two-tone to show off the organic shape of the America’s Cup.

The America’s Cup sneaker is such an icon of design. What appeals to this trainer in particular? Does it hold special significance for you in any way?

Cass Hirst: The significance of the America’s Cup sneaker has only become apparent to me through the process of painting, I didn’t know much about the shoe before this project. Looking at the shoes from a purely visual perspective helped me to make the right decisions when coming up with these designs.

Cass Hirst: My first approach when painting these was to try out the techniques I was used to, and seeing how the results differed from my previous work. This process showed me what worked best and what didn’t work so well. In terms of the new generation of wearers, I wanted to create enough colourways and styles for everyone to find something they like and to appeal to a broad range of people, rather than creating designs that only show one way of thinking.

Please could you tell us about your practice? Do you have any creative rituals? How and when do you work best?

Cass Hirst: It feels like I’m wired to work in a particular way. I normally wake up and go straight to the studio, pretty much every day. I mostly just fuel myself with tea and cigarettes and eat much less than I should. Definitely not the best rituals.

Growing up surrounded by art must’ve given you such a unique perspective. In what ways do you think your background has inspired your interest in fashion? And how do you think this has informed this particular collaboration?

Cass Hirst: I think growing up around art made me quite rebellious towards the art world. When I was younger, I hated art and thought it was stupid… probably because I was being dragged around art galleries a lot. But nowadays, I enjoy everything a lot more and I feel like that negative energy has become positive. In fashion especially, I find myself asking a lot of questions like, ‘Why didn’t they just do this?’ And this collaboration has been an opportunity to have my input and create a final product I’m proud of.

What’s the allure of trainers and why do they make such an exciting canvas to work on?

Cass Hirst: Trainers are amazing to work with mostly because they have so many layers and so much depth. They’re all so unique and it feels like every time I paint a pair, I learn something new.

What appeals to you about working with spray paint as a medium?

Cass Hirst: Spray paint is my favourite medium for so many reasons, it was so fun for me at such a young age, mostly because of the ground you can cover in such a short space of time. I always hated how much time you have to put in when drawing and painting… so much time to doubt your own decisions. With spray paint, it’s all very fast-paced. I also love how the paint moves through the air – the REL3ASE series is a great display of that, it’s a technique that’s pretty much impossible with any other medium.

You first customised a pair of trainers aged 14, as a gift for your father. Please could you tell us about your memories of these shoes and your inspirations back then?

Cass Hirst: Those shoes were so different from what I’ve been making in the past few years, they were pretty hilarious, to be honest. If I remember correctly, they had funky lettering all over and little drawings covering the shoe. I was in a totally different world back then.

“In terms of the new generation of wearers, I wanted to create enough colourways and styles for everyone to find something they like and to appeal to a broad range of people, rather than creating designs that only show one way of thinking” – Cassius Hirst

Please could you elaborate on the image of the brain scan and why that speaks to you as a motif?

Cass Hirst: I like to hope the brain scan speaks for itself, simply as an image. I’m glad I made the decision to use it in my work because I prefer using an image to present myself rather than words.

Your trainers have acquired a cult following among some of the most high profile figures in the current moment of popular culture. Aside from these amazing individuals, who else would you most love to see wearing your artwork?

Cass Hirst: I don’t think there’s anyone in particular at the moment, it would be awesome to see the guys from Slipknot wearing them. Would be great to give them some of my work as I’ve enjoyed their work for most of my life.

The collection is showcased in a still and motion-image campaign by Axel Morin. Could you tell us about this? How did you and Morin collaborate? And what was your vision for this aspect of the campaign?

Cass Hirst: The campaign was a great opportunity to showcase some of the visual ideas I’ve had on the side, while painting shoes. I wanted everyone in painted masks to keep the focus on the designs, the shoes and the amazing Prada outfits. Working with Axel was amazing, and he did a brilliant job at displaying these ideas and pulling the whole thing together.

It seems like music is an important part of your practice as an artist. Could you tell us a bit about how music feeds into your work?

Cass Hirst: I’ve been working on music on the side whilst working on this project and it’s naturally become a big part of my work. One of my goals has been to be able to use my own music within videos because choosing songs for these kinds of things is always tricky. It’s fascinating working on music because it’s a lot more challenging than anything else I’ve involved myself in. It’s just a case of spending as much time as possible learning as much as possible.

In what ways do you see your practice developing in the future? What areas would you most like to move into?

Cass Hirst:  I’d love to put more time into video work and 3D design. It’s definitely an overwhelming idea considering how much I’ve had to put towards music to get to where I’m at, but I’d definitely love to get more involved in those mediums.

The Cass x Prada collection is an edition limited to 3,000 pairs globally, sold through a selection of Prada boutiques and via prada.com 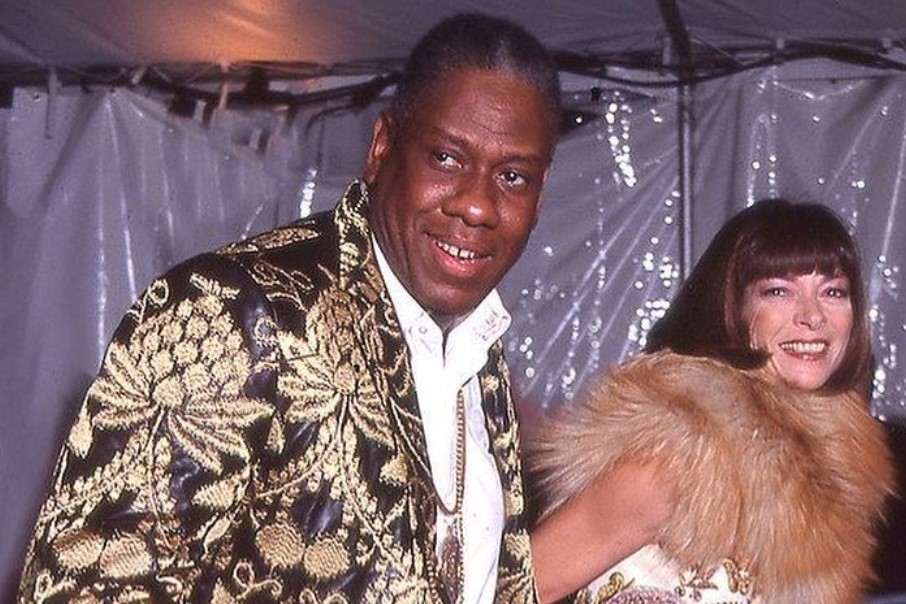 ‘It’s a famine of beauty’: André Leon Talley in his own words 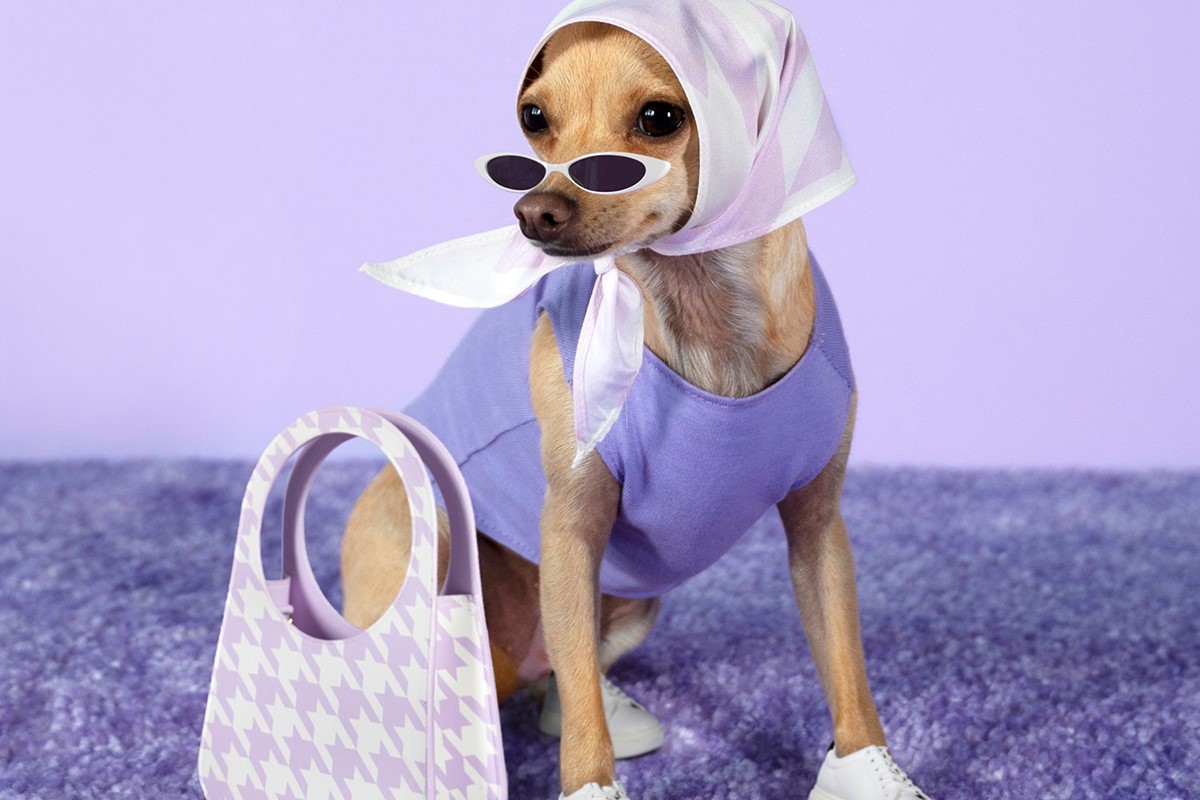