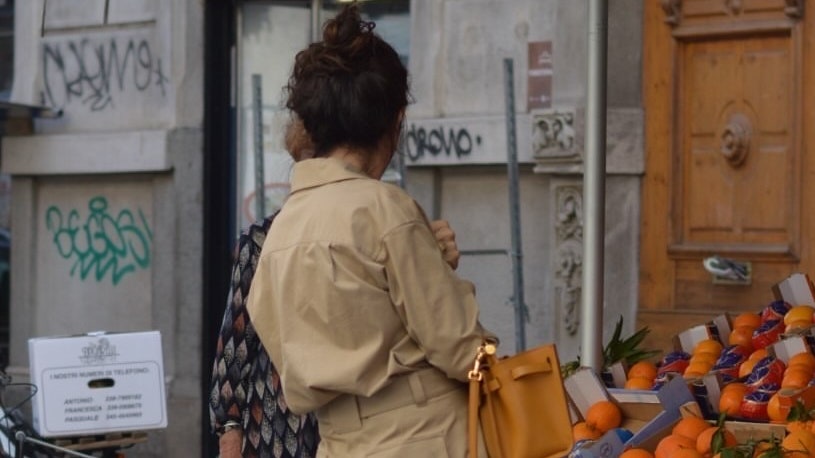 The Milanese in Milan: Inside the Anonymous Account Chronicling the Unique Street Style of Italy’s Fashion Capital

“Bold looks, eccentric outfits, confident manners: Milanesi are the beating heart of a city whose reputation enchants the world. To us, every passer-by represents the quintessential spirit of Milan. They’re all unique.” So say the anonymous founders of Milanesi a Milano, an Instagram account that has won nearly 80,000 followers over the last eight months thanks to its faithful chronicling of real Milanese street style—and strictly no #ad hype—in Italy’s fashion capital.

The last few days have seen Milan fire into life thanks to a buzzy menswear Fashion Week that felt—at least here on the ground—like the beginning of a new beginning. As Giorgio Armani observed before his show last night, Milan’s unique intermingling of creative and commercial cultures means it is often well-equipped to thrive in moments of recovery: “Since the early ’70s Milano has been one of the epicenters of  Italian culture and has always been able to create something new in terms of design, fashion, even popular culture. Every time Italy restarts, Milano is at the forefront, and I believe this is happening again today,” he said. “Milano really is the capital of innovation and change, and fashion can have a huge role in the renewal of the Italian scenario. I have been part of that movement in the ’70s and probably what I miss about that moment is the ability of fashion to play a significant role in the creative system, which included architecture, design, art even. This interdisciplinary aspect is what we need to bring back.”

Here in Milan, the focus of the wider world more often than not rests on the products of Italian fashion rather than the process of its evolution out on the streets where it is most alive. This is the niche spotted by the founders of Milanesi a Milano, who post carefully anonymized shots of spontaneously fashionable folk going about their everyday business. Scrolling through their feed reveals many variations on this city’s discreetly luxurious, subtly intellectual core aesthetic which —like so many of the architectural facades of Milan—is less grandiose and attention-grabbing than is often the norm in other parts of Italy. We caught up with the Milanesi crew to hear their take on adding in-the-wild street style to the interdisciplinary collage of this ancient city’s ultra-refined fashion consciousness.

Vogue: You started your account in October 2020, can you tell us a little bit about what inspired you?

Milanesi a Milano: We were five friends, in a bar, looking around the place we have started calling home. As we saw people walking, we could not stop thinking: “Here’s the reason why Milano style is so celebrated around the world. Look! It is so clear.” But our eyes did not focus only upon the crazy, cool, shiny outfits; we saw the potential of a message: Those passers-by were city’s reputation keepers in terms of “coolness,” and we just wanted to celebrate them. So Milanesi a Milano was born. Our objective is making normality a tendency, and communicating that the fashion world today is horizontal, which allows everybody to be an active contributor. We wanted to tell people, “Hey, you look great today. Aren’t you aware of this? And, you’re contributing to the social fabric that makes Milan such a fashion capital world-wide.” Authenticity, simplicity, and the desire to become an authoritative voice in street style’s fashion ecosystem. This is basically us.

Last year the Corriere Della Sera journalist Michaela Proietti published her book La Milanese, which really digs deep into the codes and criteria that guide life in Milan. It talks about a much more subtle and almost austere aesthetic, distinct to Milan, which most non-Italians would probably not recognize in their perception of this country. What’s your take on what makes Milan and Milanese street style so specific?

We think that, sometimes, stereotypes are not so far from reality…. Sometimes it happens that people from Milan appear to be excessively classic or austere in their dress codes and accessory choices. Isn’t this what makes them so recognizable? They all share some outfit norms that build up the style you see on the street, which changes according to the district. Maybe that’s their secret…

Unless there’s a face mask involved, you only ever publish photos of women—and some men and children too—from behind in order to preserve their anonymity. That seems distinctly Milanese in its discretion…

The respect for anonymity is our first priority. The reason is simple: Do you think is it fair to let 76,000 people know how you and your friends were dressed while queuing for an espresso? Passers-by are so important because they give us precious insights into raw, untreated, spontaneous street style, and we are very committed in assuring their protection. Most of the time it happens that people recognize themselves and they are very enthusiastic in asking us to tag them, but they must be free to choose. Clearly, it would be amazing to catch their full looks, in particular when they’re dressed to kill, but you know…life is made of compromises.

People talk about Brooklyn style, or Parisian style, or London style—even Berlin style and Ibiza style. But the style of Milan remains, your account apart, relatively under the radar. Why do you think that is?

Personally, we do not agree on that! Milan has always been the fashion capital worldwide and the homeland of the most iconic fashion houses. This external perception is what inspired us.

There is a lot of classicism in Milan style, that we know, but is there an area in which you think it can be quite progressive and agenda setting?

What we see is, actually, a great diversity. Milano is no longer the place to just be elegant and classy. It has become the place where fashion wants to be experienced, called into question, feigned. We see lot of different variations of what’s considered stylish around, each following a specific taste or trend. The city is becoming richer in personality and people who are not afraid to dare.

Who are three supreme examples of Milanese style, womenswear-wise, and why? 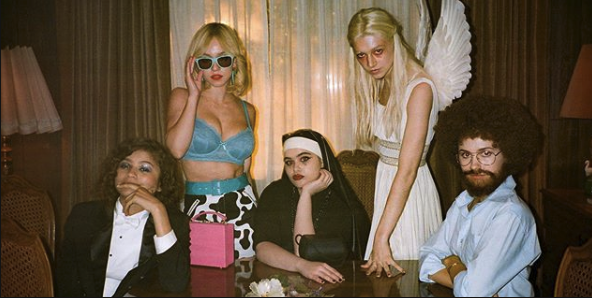 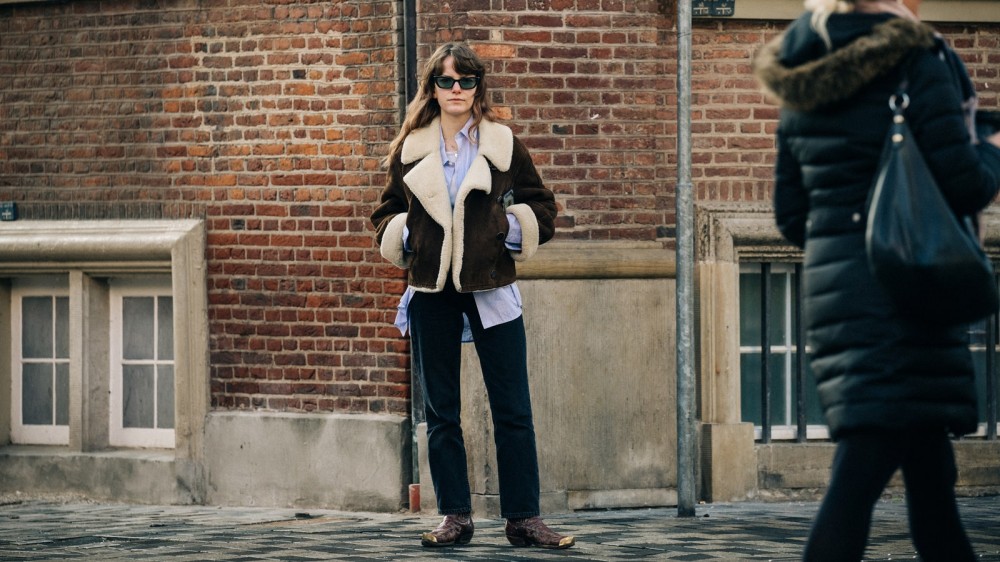 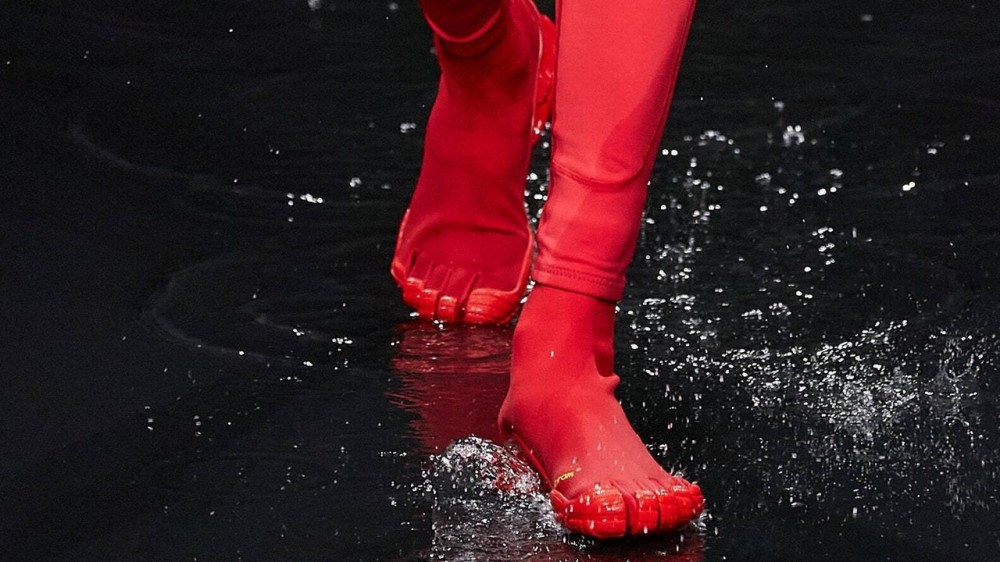 Against All Odds, I’ve Fallen in Love With Balenciaga’s Toe Heels