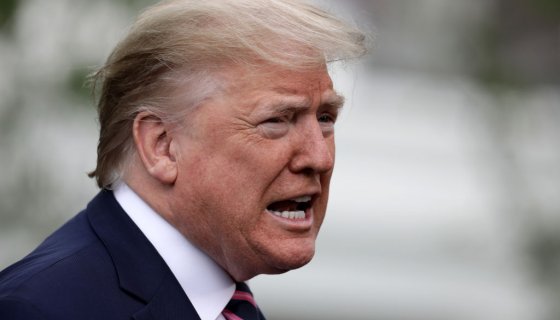 A political action committee that has devoted much of its energy in decrying the policies of just released a new ad slamming the former business mogul. The Lincoln Project, led by George Conway, the husband of , shared the ad titled “Mourning In America,” which makes mention of Trump’s handling of the coronavirus pandemic.

The minute-long ad made its round around social media and other outlets, highlighting the economic woes of the United States and how it relates to the ongoing COVID-19 crisis. The advertisement is a flip of President Ronald Reagan’s 1984 spot titled “Morning In America,” which was a fluff piece designed to acknowledge how the country flourished under the former actor’s leadership.

For the Lincoln Project’s ad, the scene painted is far grimmer and timely as nearly 70,000 Americans are dead from COVID-19 with reports from the CDC that daily deaths could rise to the thousands heading into summer.

“There’s mourning in America,” open the ad. “Today more than 60,000 Americans have died from a deadly virus Donald Trump ignored. With the economy in shambles more than 26 million Americans are out of work, the worst economies in decades.”

These words are spliced with images of President Trump, images of dilapidated homes, and folks walking around struggling to make ends meet. George Conway has been a vocal opponent of Trump and has clashed with his wife, who has sided with the president and even defended him against her husband’s jabs. Mr. Conway has been identified as a conservative although it is widely thought that he has no party affiliation at the moment.

President Trump replied to the ad his usual vehicle of Twitter and blasted members of the projects with insults and other talking points.

Watch The Lincoln Project’s ad below. Above & Beyond's Common Ground is Their Best Album Since Group Therapy Upcoming Galaxy Smartwatch “Leaked” By Samsung On Its Own Website