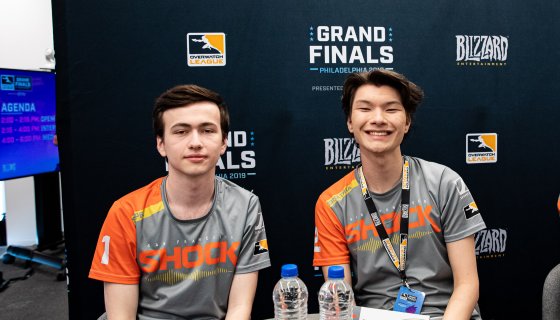 ESPN broke the big news of Sinatraa, who is described as the “LeBron James” of the has copied the NBA’s best player and announced he is taking his talents to another game, minus the theatrics. Won will now be playing League of Legends maker Riot Games new competitive shooter Valorant.

Sinatraa announced in a statement shared his Twitter account that the recent changes made to Overwatch helped him make his decision to retire from the league, and he addressed each of his teammates individually.

“I’m just gonna jump straight into why I retired and talk about my teammates.”

“Straight up just lost passion for the game. IDK what the real killer was for me, but maybe it was 2-2-2 lock maybe it was bans im not sure… I just know it was hard for me to log on to play, and I didn’t have fun in scrims/ranked at all anymore. I did not make this decision in 1 day, it took a full month of nonstop thinking every day and sleepless nights from being so stressed. It fucking sucked, but ultimately I wanted to do what’s right for me. I wanna thank NRG/SHOCK and OWL for giving me a chance and making my dreams come true. (shoutout Andy, Brett, Jaime <3) last thing, I just wanna say sorry to all my fans, fans of OWL, and everyone on shock. In the past month, I did not give OW/OWL my all, and it showed in scrims and even in OWL, so im sorry.”

“We appreciate the great play and personality that Sinatraa brought to the community, we’ll miss him, and we also wish him the best for the future.”

He came, he saw and he conquered.

Thank you and best of luck in your future endeavors @Sinatraa? pic.twitter.com/XCyWSzN4UV

ESPN also reports that Sinatraa had to switch teams instead of staying with NRG, who owned the SF Shock. League rules prevent retiring players from signing with another organization that competes in the league. When the Valorant competitive league kicks off, Sinatraa will be picking up the sticks with The Sentinels, which also features Jared “Zombs” Gitlin from its Apex Legends team, plus two Counter-Strike: Go players in Shahzeb “ShahZaM” Khan and Hunter “SicK” Mims.

Time to write the next chapter.

We are excited to announce details about our Valorant team consisting of @sinatraa, @ShahZaMk, @zombs and @SicK_cs.

We wish Sinatraa luck in his new league. AR-Ab Is Convicted Of Running A Drug Ring In Philadelphia How Ms. Lauryn Hill Became One of 2018's Most Sampled Artists