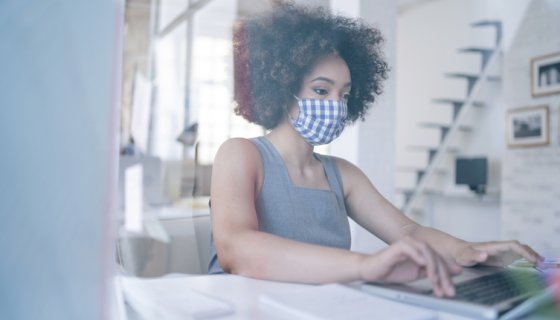 The Jig: Study Shows Black Businesses Had a Harder Time Getting Federal Aid

While the plight of the Black community is still top of mind for many the less than treatment continues. Reports show our are not being given a fair shake when it comes to federal support.

As spotted on The New York Times research is now showing that Blacked owned businesses experienced a more tedious and strenuous process to quality for disaster support. The Study examined how more than a dozen Washington D.C. banks processed loans under the country’s Paycheck Protection Program. The organization submitted two loan applications, one from a and one from a white business owner. Each borrower had similar profiles regarding their credit history and assets, with the Black candidate having a slight edge over their white counterpart.

The findings show that not only Blacks offered different products and but were not afforded the same opportunities. Two applications with similar financial profiles visited the same resulted in the white customer being approved and offered a $100,000 line of business credit while the Black application was offered the credit . In multiple instances Blacks were asked to provide additional information not required of white applications. Additionally no Black females were encouraged to apply for loans.

“The tests show that old patterns of systemic discrimination in lending didn’t magically disappear when banks made PPP loans,” said Jesse Van Tol, CEO of NCRC. “Banks still have a long way to go to root out discrimination, and clearly they need better training for their employees and more testing to create internal checks and internal pressure to drive out racist practices.

“These differences in treatment between white and Black testers are particularly troubling because the combined effect of these various differential treatments may lead to feelings of discouragement and despondency among minority entrepreneurs in the financial marketplace” the report read.