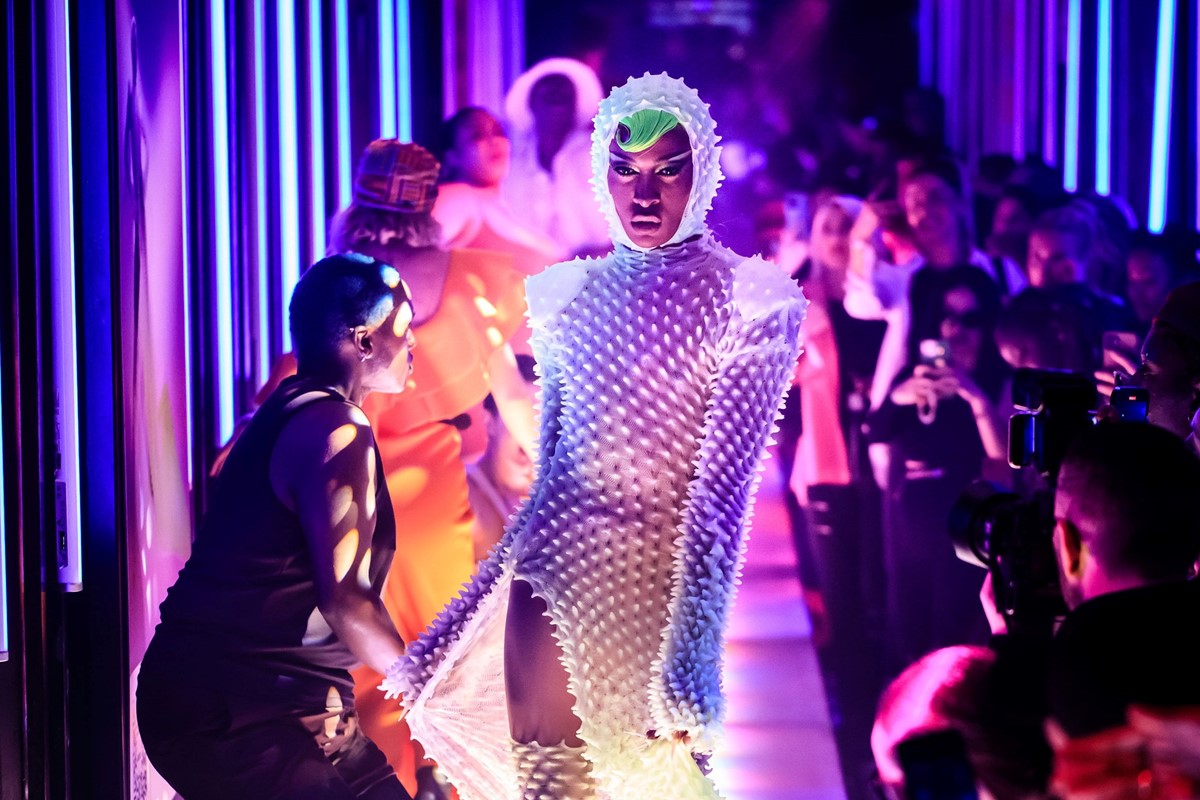 On Wednesday night (May 11), Welsh drag icon Tayce debuted a spiky, space-age, Chet Lo-designed dress at Boxpark Shoreditch, showcasing the output of the first of Absolut’s new series of creative collaborations, #BornToMix. To the naked eye, the Drag Race UK star swooped down the runway at the east London venue, flanked by a diverse host of models in skin-toned bodysuits, under neon lights in the shape of the Swedish vodka brand’s iconic bottle. Watching through one of the ubiquitous phone screens that captured the show, however, revealed a hidden digital world.

Thanks to a custom Snapchat filter pioneered by the Institute of Digital Fashion, each and every model that walked alongside Tayce was revealed to be “wearing” a digital rendition of her future-facing lewk that pulsed, swelled, and changed colour in front of the audience’s eyes. In fact, anyone in the audience could wear the outfit themselves, by merely stepping in front of their Snapchat filter, breaking down the traditional barriers between those on both sides of the runway.

In case you missed it, Tayce teamed up with Chet Lo and the IoDF to design this spiky “second skin” for the drag queen – and the URL version for everyone else – last month, kicking off the  #BornToMix series. “The chance to be a part of this fusion and add some Tayce-style spice was a dream come true!” Tayce tells Dazed, looking back on the three-way collaboration. “Chet is someone I have been aware of for a long time and think is sick, [and] the IoDF are major also! Love them both!”

The end result of the project is a genuine mix of the collaborators’ respective visions, pulling from Lo’s Asian-American heritage, Tayce’s otherworldly imagination – “I want cannibal, I want goddess, I want alien, I want… sexy lettuce!” – and of course the radical, egalitarian futurism of the IoDF. As captured in Ben Cole’s short film documenting the design process, this mix of perspectives made for some surprising moments, with each contributor’s ideas being transformed or reinforced by the others’ in real time.

“There was so much of this,” adds Tayce. “What was good was being able to make decisions as a team and as a unit, which would shape how the product and project evolved. This was key to the success and visual of the garments.”

The mix of diffferent perspectives also inspired the creatives to explore the “boundless potential” of future fashion (as they described in the Q&A segment of this week’s #BornToMix launch), especially when it came to the ever-blurring boundaries between physical and digital fashion, and the new spaces for self-expression opening up in the metaverse. In fact, Absolut’s broader #BornToMix project aims to fully embrace this space, where what you wear isn’t tied down by seasonal trends, functionality, gender stereotypes, or religious expression – paving the way toward a more inclusive future. As Tayce herself says: “Digital is the way forward, baby.”

That isn’t to say that looking (and feeling) fabulous in an IRL outfit will get old anytime soon, of course. “It was insane!” Tayce says, on wearing the “second skin” she designed in collaboration with Chet Lo and the IoDf for the first time. “When you’ve been involved in the whole process from start to finish, when you see the finished product it blows your mind!”

Talking of blowing your mind, take a closer look at Tayce wearing the physical piece at the #BornToMix launch below. You can also wear the virtual version for yourself, and share it with friends, by downloading the Snapchat garment filter. To be in with a chance of winning the actual dress modelled by Tayce, and wear it IRL, enter the competition shared on Absolut’s social media channels (@absolutuk). 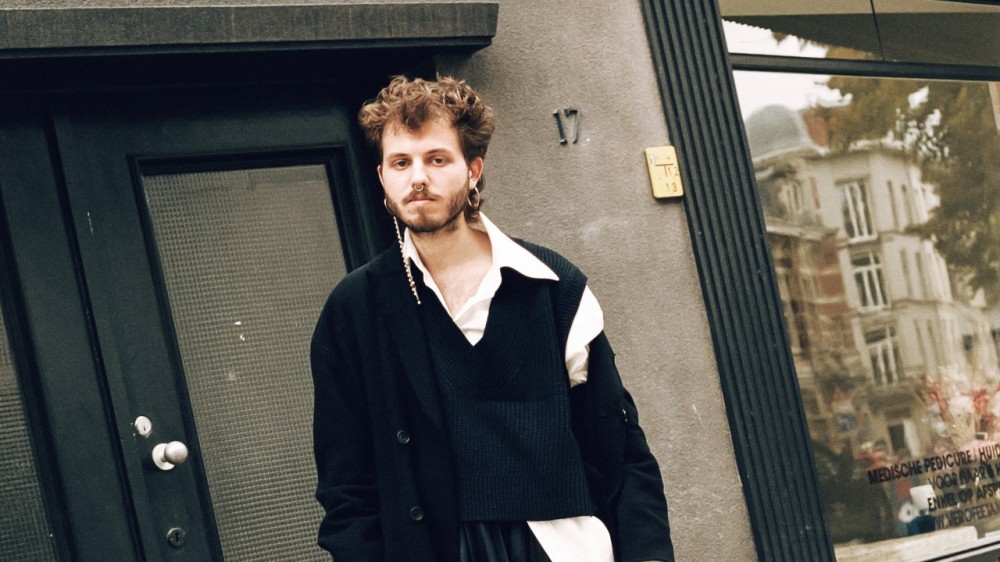 In Antwerp, Royal Academy of Fine Arts Students Wear Their Art to Class 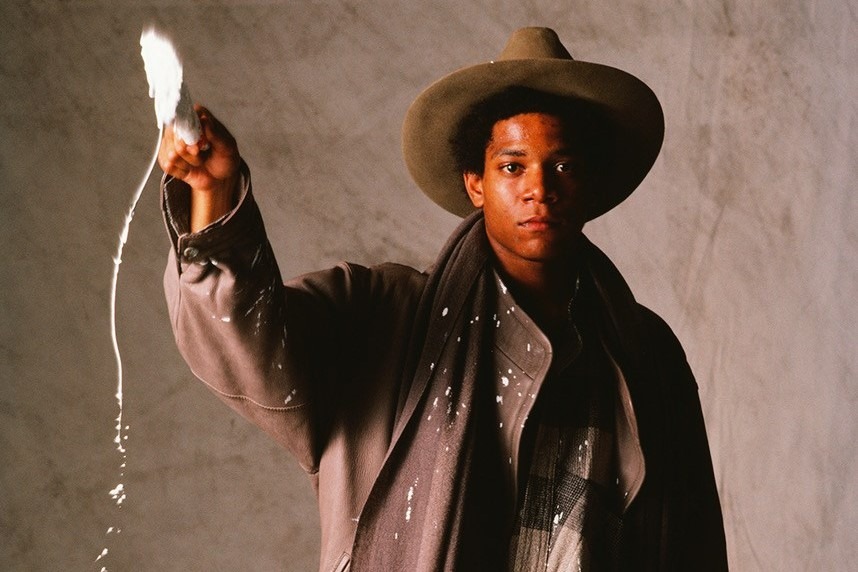 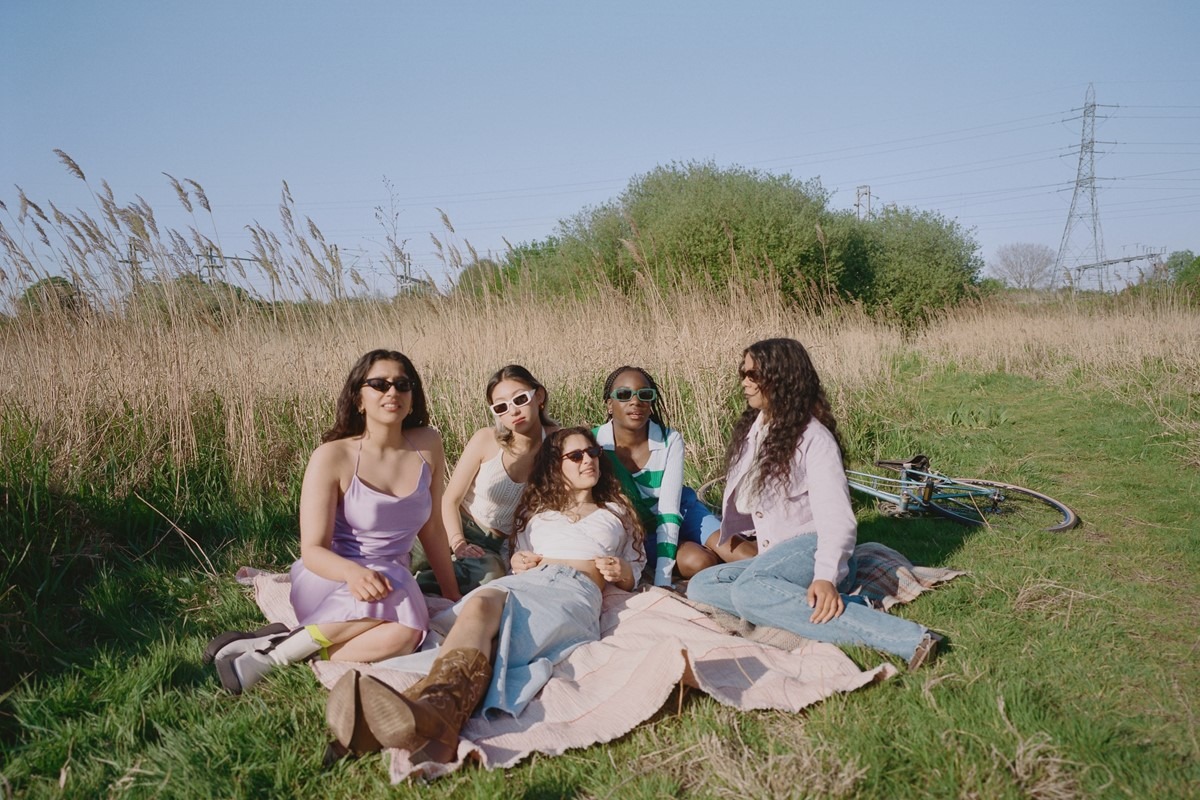 Boo Johnson and Deba on the importance of community