T.I. showed up for a chat in New York this morning with The Breakfast Club and as usual, he had plenty to say on all things related to his career and more. Tip once again took a dig at former Hustle Gang signeeby saying she changed up after gaining a white fanbase which prompted the Aussie rapper to reply in a series of now-deleted tweets.

Tip was with the Breakfast Club to talk in detail about his buzzing new podcast , and his other creative endeavors as he continues to pivot into mogul and media mode. However, the elephant in the room was his “blunder” comments regarding Azalea that couldn’t be avoided and he elaborated as only he can.

“As far as I’m concerned, when she found out white people liked her and she didn’t really need black people to like her, she switched up. Started acting different. Made moves I wasn’t proud of,” T.I. shared

This prompted Azalea to fire off a series of tweets that got a little personal.

“Please move on and speak about artist you are (hopfully) actually helping, and stop trying to bring me up for relevance,” read one tweet.

She added in another series of tweets, “I don’t bring your a$$ up, NO ONE is asking about you. I’m tryna be nice because I genuinely have better and more interesting things happening…But seeing a man speaking out of his a$$hole and blurting our one thing in public and another in private for years is really infuriating.

Azalea even credited Tip with helping her with the song “100” but clarified that she doesn’t work with ghostwriters for her Hip-Hop tracks but did confirm that for her pop records, she works with a writing team, a rather common practice in today’s world.

This beef isn’t looking to settle down any time soon and the reaction on Twitter proves it. Check out the clip below then keep scrolling for the reactions.

#TI speaks on his recent comments about #IggyAzalea and her career

Name an artist that was on Grand Hustle besides T.I.& Iggy that became successful or a star??????I don't fuck with Iggy Azalea music but she was the only star on T.I. label he should show her more respect or just stop talking about her in public!!

Ion like feeling the need to side with Iggy Azelia yet that’s the position T.I is putting me in..

Nah T.I. came out of nowhere with this Iggy stuff. Said signing her was the reason his legacy is tarnished. Multiple comments about her in multiple interviews. All she did was take a jab at his wack ass reality show lol. This isn’t a “don’t bite the hand that feeds you” situation

T.I. attacking Iggy and calling her a blunder but this fool had Yung LA on grand hustle

T.I was the main reason Iggy even got famous. This dude was the one to put her on and literally gave her an all access pass to black culture. Now it’s backfiring in his face lol. See when you do clownery….

T.I throwing Iggy Azalea under the bus is such nigga shit. He cosign that white women even when black women said she was issue and mockery of us. And now that she flop and he can't do nothing with her, she was issue all along. nigga bye

— having braces is my personality (@BlueIvysister) October 28, 2019

Remember when T.I was pushing Iggy to get black people behind her. He even had her perform for the BET Awards. Now that she ain’t making him no more money it’s “fuck her”. The clownery. ???? pic.twitter.com/yDCum82UMb

Everyone who was around in 2014 knows T.I. played no part in Iggy’s “The New Classic”, and we all had issues with him taking credit.

T.I making the situation racial in order to goad iggy into walking through a mine field with the hopes of her making a misstep with her words. Lol. So transparent

i actually genuinely don’t understand why Tip is discussing Iggy Azalea so much rn, like what triggered him? 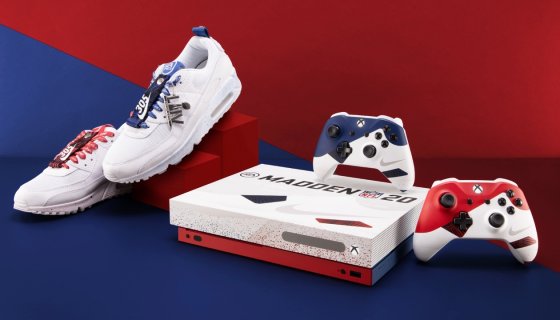 Nike, EA Sports & Microsoft Made An Air Max 90 Xbox One X You Can’t Cop, But Can Win