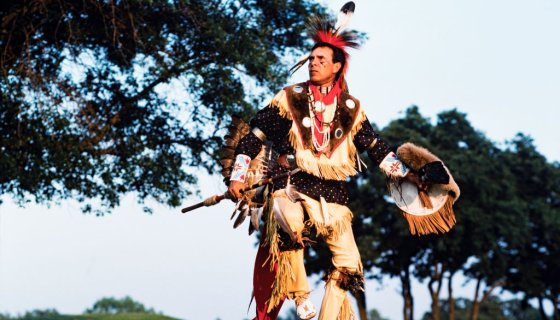 It seems that the reckoning of the United States is having a positive impact on decisions for all people of color.

According to The New York Times, on Thursday (Jul 9) in one of its final rulings of the year, the  released a decision that designates a large portion of Oklahoma as after conservative Justice Neil Gorsuch, an appointee of , sided with the court’s four liberal judges in the landmark decision.

“On the far end of the Trail of Tears was a promise. Forced to leave their ancestral lands in Georgia and Alabama, the Creek Nation received assurances that their new lands in the West would be secure forever,” Justice Gorsuch said on behalf of the Court. “In exchange for ceding ‘all their land, East of the Mississippi river,’ the U. S. government agreed by treaty that ‘[t]he Creek country west of the Mississippi shall be solemnly guarantied to the Creek Indians.’ Both parties settled on boundary lines for a new and “permanent home to the whole Creek nation,” located in what is now Oklahoma. Today we are asked whether the land these treaties promised remains an Indian reservation for purposes of federal criminal law. Because Congress has not said otherwise, we hold the government to its word.”

The new decision now declares that significant parts of eastern are now legally considered reservation land where state , a decision that supports the basis of the original case that revolves around Jimcy McGirt, a 71-year-old member of the Seminole Nation who has spent more than two decades in prison after being convicted for raping a 4-year-old in 1997.

Although McGirt never contested his guilt for the charges, he did challenge the jurisdiction of the state courts due to the crime being committed on Muscogee/Creek land, one of the five tribes in Oklahoma.

While the case is centered around the Creek Nation, the ruling has extended the jurisdictions of the remaining four tribes, who are the Seminole, Chickasaw, Choctaw, and Cherokee tribes who were all forcibly relocated by the U.S. government in the 1800s to reservations in Oklahoma during an event now known as the Trail Of Tears.

For those wondering, here's how much of Oklahoma the Supreme Court ruled the Oklahoma state courts have NO JURISDICTION over this morning (dark red)#Oklahoma pic.twitter.com/aXf6crEr6w

“While there can be no question that Congress established a reservation for the Creek Nation, it’s equally clear that Congress has since broken more than a few of its promises to the Tribe. Not least, the land described in the parties’ treaties, once undivided and held by the Tribe, is now fractured into pieces,” Gorsuch said.

After the ruling on Thursday, Reuters reports that a number of changes could be made by Native American tribes in the area, affecting more than 1.8 million people who currently live on the lands that were in question during the case. The new ruling not only allows tribe members to be exempt from paying state taxes, but also from following other state rules allowing tribal citizens to challenge charges or cases handled by state courts.

The 3 million acres in eastern Oklahoma will now fall under tribal and federal law. A Creek Nation lawyer told CNBC that McGirt can now be tried by federal authorities for his crime. Reuters reports that the land equates to about half of the state.