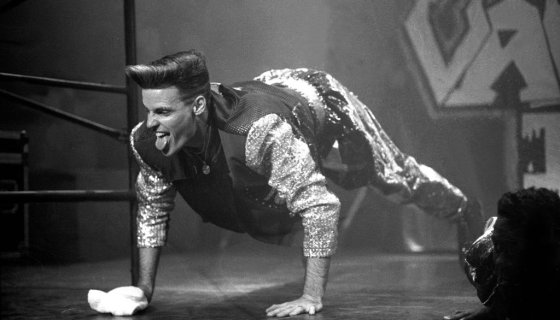 blazed the charts three decades ago with his massive hit “Ice Ice Baby” en route to becoming a Hip-Hop punchline in the 1990s. While the Dallas rapper has reinvented himself several times, a green light was given to go forward with a biopic titled To The Extreme, giving this generation a glimpse into the life of one of the biggest struggle rappers of all time.

To The Extreme was initially announced at the top of 2019, and The Wrap has confirmed that Dave Franco has landed the starring role of Robert Van Winkle, who becomes Vanilla Ice. The movie title shares the same as the title of Ice’s 1990 major studio debut which features the ubiquitous “Ice Ice Baby” and another mild hit in “Play That Funky Music.”

Franco, who is the brother of actor James Franco, is reportedly working alongside Vanilla Ice to prepare for the role. Some familiar with Ice’s story should know that a certain Death Row Records honcho crossed paths with him and many of his personal and legal troubles.

A date for the release of the film has not been set.