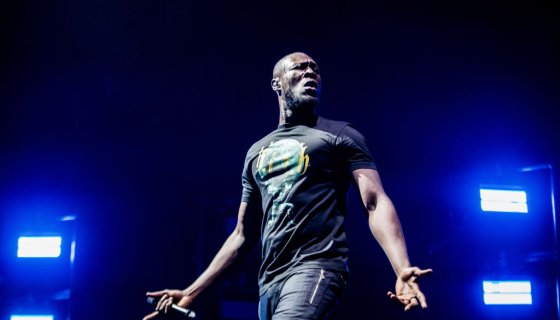 has announced new plans to donate funds to a number of organizations and causes in support of British Black empowerment. Over the next decade, the will donate 10 million pounds to various groups as the fight against racism continues to swell worldwide.

In a new piece from The Guardian, the artist born Michael Ebenazer Kwadjo Omari Owuo Jr. shared a statement in regarding his new initiative in conjunction with the rapper’s #Merky company and brand.

The uncomfortable truth that our country continuously fails to recognise and admit is that black people in the UK have been at a constant disadvantage in every aspect of life – simply due to the colour of our skin. I’m lucky enough to be in the position I’m in and I’ve heard people often dismiss the idea of racism existing in Britain by saying, ‘If the country’s so racist how have you become a success?!’ And I reject that with this: I am not the UK’s shining example of what supposedly happens when a black person works hard.

Stormzy’s passion for social justice and equality isn’t newly born, this after he called out the British government and former Prime Minister Theresa May for the handling of the Grenfell Tower fire in 2018. Stormzy has also spoken out in the past against the unjust killings of Philando Castile, Alton Sterling, and other Black lives snuffed out by police in America.

Last last year, Stormzy said in an interview with Italian publication La Repubblica that racism was rampant in Britain. The “Vossi Bop” star was also reportedly at the Black Lives Matter protests in London last week. SEPULTURA: No New Studio Album Before 2020