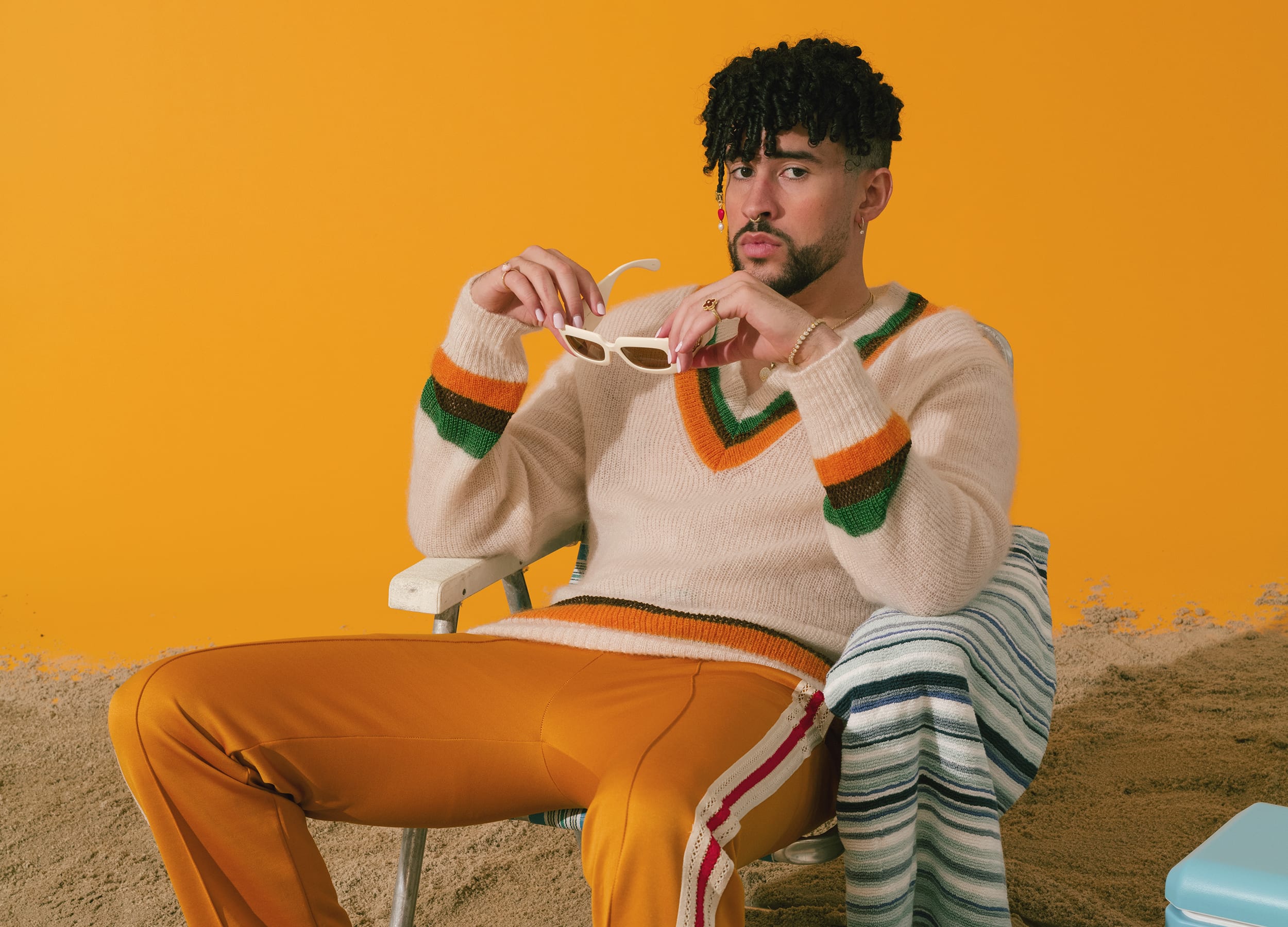 The wait for Bad Bunny’s Un Verano Sin Ti album is over. From teasing the highly-anticipated album in video segments featuring Spanish actor Mario Casas and Benito’s IRL girlfriend Gabriela Berlingeri to listing a classified ad online that previewed a single through an automatic phone call, Benito has finally released his fourth solo album on May 6. Not only did he release the album, but he released the music video for “Moscow Mule”. And the wait was well worth it.

Featuring two sides majorly produced by Tainy and MAG, the Caribbean-inspired album takes its listener through the multiple versions of Benito’s musical career: from giving his OG fans the trap and reggaeton he’s known for to experimenting with new genres. The album kicks off in a dreamy state with “Moscow Mule,” which has an almost nostalgic feel that enthralls you into this record’s universe. We then hear “Después De La Playa,” giving us an energetic mambo, zumba-ready beat — something completely different than we’re used to from the Puerto Rican icon.

everybody say thank u to bad bunny pic.twitter.com/KbGaV90dYa

Other highlights on Side A include the first collaboration of the album with Chencho Corleone on “Me Porto Bonito,” which gives us a dembow infused in reggaeton beat. “Titi Me Pregunto” brings a faster BPM until the last half of the track, turning into trap. On “Yo No Soy Celoso,” Benito shares a fun acoustic lead song that turns to a more jazzy coffeeshop tune. Before side A reaches its end, we are taken through another highlight of the album — “Neverita,” showcasing a hint of house music blended into a trap track. We then listen to the much-awaited reggaeton collaboration with Puerto Rican-American Tony Dize, “La Corriente.” Side A then closes with Rauw Alejandro’s feature on “Party,” a sensual reggaeton beat that describes explicit things one can do at an after-party with the two artists – but not before an outro by Javis El Descarriado.

Side B starts with a perfectly-fitting wave introduction on “Aguacero,” where Benito shows off his sensual side. “Ensenñame Bailar” then features a merengue-like beat. The album continues with an emotional love letter collaboration with Bomba Estéreo on “Ojitos Lindos,” showing a different side of the Puerto Rican artist. Li Saumet of Bomba Estéreo shared on a written statement: “Benito has such a clear idea of what he wants and he is open to explore new ideas, without fears. I value that so much in an artist.”

We then have a TBT moment featuring Benito’s initial trap signature flow on top of nostalgic lyrics for “Dos Mil 16.” With “El Apagón,” he gives us a Puerto Rican anthem that starts out as an ode describing his hometown and quickly turns into a club banger. “Otro Atardecer” then features The Marias’ distinctive ethereal vocals in harmony with Bad Bunny.

Other highlights of Side B include “Andrea,” featuring Buscabulla and continuing the Caribbean theme. This track immerses listeners into an experimental synth-pop journey. “‘Andrea’ paints a portrait of a present-day young Puerto Rican woman and expresses her struggles without being condescending or preachy but complex and nuanced,” Buscabulla explained about the collaboration in a written statement.

Along with the album release, Bad Bunny also dropped a music video for “Moscow Mule,” showing us the Puerto Rican singer enjoying his time with an intimate lover to the point where he bares it all with her.

It’s without hesitation that Un Verano Sin Ti serves as yet another demonstration of how Bad Bunny puts his island first by showcasing Puerto Rican talent regardless of what genre the artist is known for. Featuring seven collaborations — most of which are Puerto Rican talent and women — El Conejo Malo continues to share his stardom without settling with what is expected of him. He continues to serve YHLQMDLG. And does it well.

Watch the music video for “Moscow Mule” below.