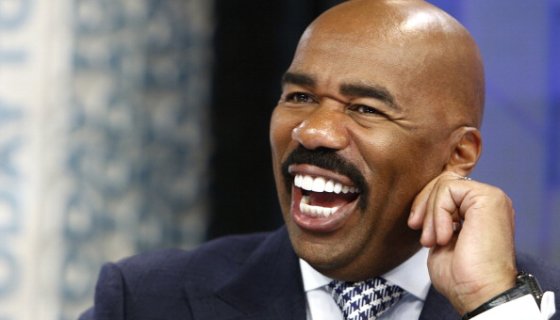 It is apparent that these quarantined times might be driving a lot of us a little stir crazy while also upping the creativity as we’re all cooped up in the midst of the spring season. A direct result of our time indoors has birthed a video featuring reimagined as with hilarious results.

A social media account by the name of @mystergiraffe posted a clip onto Twitter and Instagram featuring Hot Girl Meg’s e alongside New York funk and soul band, Phony Ppl, which was a crowd-pleasing affair when it first aired.

However. the Myster Giraffe remix has taken the video and its popularity to new heights by putting the longtime comedian and host’s face onto Megan’s with expert seamlessness. We’ll bet you good, long money that once you see the clip, it’ll be burned in your brain for quite some time.

The things you find in quarantine. @IAmSteveHarvey we always knew you was a #BigOlFreak.

Ahhh yes…the quarantine. Now we have some extra time to do things we love such as read books, but Meg @theestallion read a little too much of "Think Like a Man" by @iamsteveharveytv . Uncle Steve is still a freak though. Uncensored version on the site. Link in bio. . . . #steveharvey #megtheestallion #nprtinydeskcontest #freak #mustache #stache #quarantine #thinklikeaman #deepfake #deepfakes