Each week on the FACT Singles Club, our writers rate and slate the biggest new tracks the last seven days.

This week, Sade releases her first new music in seven years, as part the soundtrack for Disney fantasy A Wrinkle In Time, and Jon Hopkins introduces us to his next album Singularity with ‘Emerald Rush’.

Elsewhere, serpentwithfeet unleashes operatic avant-pop belter ‘bless your heart’, Pussy Riot join forces with famed US producer Dave Sitek for protest song ‘Bad Apples’ and Shamir invites us into his ‘Room’. There’s also a new one from genius rap troll Vince Staples, titled ‘Get The Fuck Off My Dick.’ 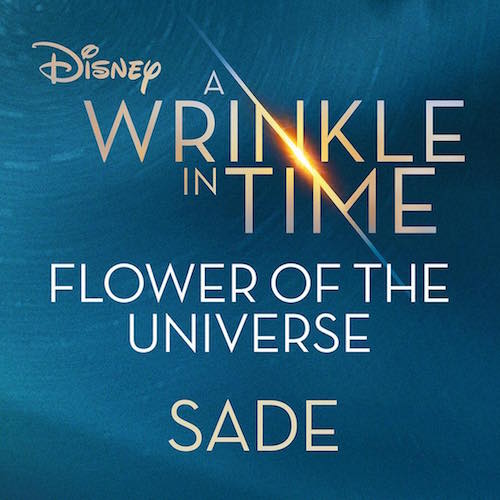 Chal Ravens: I hoped this would be the great comeback 2018, just like I hoped A Wrinkle in Time would be the great sci-fi fantasy movie 2018. I’m bound to be disappointed: if early reviews are to be believed, the latter is a bust, and although Sade herself still sounds incredible here, it’s not easy to build a “comeback” sound for an artist whose music defined an era. I’d love to hear this redone with a bit more going on – it feels unfinished, empty. Then again, keeping the production as bare as possible might have been a wise move – it sounds timeless, rather than try-hard. I can’t see myself going back to it ten, but if it encourages the queen the quiet storm to rustle up a new album then it can’t be bad. (5)

April Clare Welsh: Ava DuVernay should have called her adaptation Frozen In Time to reflect the time capsule quality Sade’s wrinkle-free voice here, which sounds like it’s been draped in shoulder pads, cryopreserved for 30 years and then left to thaw out in a late-night wine bar somewhere in north London. Sade’s sophisti-pop soul encapsulated a very specific mid-‘80s aesthetic and although her voice may not have changed much since 1984, the acoustic balladry this new track fers both a melancholy counterpoint to the jazz-pomp the era it came from and the warbly acrobatics so much modern pop, sending a spine-tingling reminder Sade’s laid-back charm. Less is sometimes more. (8)

Miles Bowe: A Wrinkle In Time may have ended up an ambitious mess, but at least it gave us this gorgeous return from Sade. It’s rare that a movie tie-in song ever has this much understated grace. (7)

Scott Wilson: I’ll be upfront here – I don’t really understand the appeal Sade. Maybe something’s gone wrong with my musical programming along the way, but whenever I hear ‘No Ordinary Love’ I just think , I dunno, cheesy ‘90s pan pipe moods compilations. Anyway, with that in mind I’m probably not the best person to assess her comeback but I’m gonna say it sounds like pretty average movie tie-in fare – it probably has some emotional impact in the context the narrative but isn’t a particularly memorable track in its own right. (5)

Scott Wilson: I can totally understand why Jon Hopkins is so huge – it’s basically prog house/mainstage trance for millennials and it would probably go f if you saw him at some European summer festival at 1am in the balmy 23-degree air but… it’s just a bit naff isn’t it? It’s not even big dumb fun like watching Boys Noize or Skrillex, it’s just too earnest. Technically impressive but far too sincere for me to rave to. (3)

Chal Ravens: Occasionally I catch myself enjoying a Jon Hopkins tune and wondering what this Border Community-sounding track might be, ooh, is it something old? And it’s always Jon Hopkins. I can’t really deny the #emotions but it does feel like something James Holden and crew mastered about 10 years ago, and then moved on from. But I guess tears in the club never goes out style. (5)

April Clare Welsh: I was prepared to be underwhelmed by another feeble helping limp Topman techtronica, but in fact this is almost unpleasantly frustrating, and not in a noisy, Nurse With Wound kind way, but in the way that it builds and builds and builds and builds with emotion and yet still feels completely empty? It’s quite sad to think that Hopkins demonstrated flashes genius on Immunity – mingling euphoric pop melodies with techno – but that he’s basically just thrown the towel in now. Apparently the new album spans everything from “rugged techno to transcendent choral music, from solo acoustic piano to psychedelic ambient,” so perhaps ‘Emerald Rush’ is just a boring blip and there’s still hope, but I’m doubtful… I’ve had more a rush from a can flat Diet Coke. (2)

Miles Bowe: Sure this is pleasant, but with Jon Hopkins making such a hyped return five years after his last album, I guess I expected something more? This sounds almost interchangeable from the big singles on Immunity. Those sounded pleasant too. (5)

Miles Bowe: For every moment ‘bless ur heart’ seems to fly into the stratosphere, there’s another that grounds it right here on earth. Serpentwithfeet uses his larger-than-life operatic voice for a song that feels more like a one-on-one conversation from the heart, and one that will burrow deep into your own. (9)

Scott Wilson: Yep, this is the one, totally jaw-dropping star-in-the-making material here. Somehow serpentwithfeet has flown totally under my radar but this song has combined the best bits ‘90s R&B balladry and the earliest ANOHNI material to create something utterly the moment without even trying. Absolutely brilliant. (10)

April Clare Welsh: 100% agree with Scott here – this is the sound experimental pop music in 2018; a mix lty, authentic operatics and avant-garde minimalism and one in this case that perfectly embodies the (pretty surprising) union between Secretly Canadian and TriAngle, who are jointly putting out serpentwithfeet’s debut album. I would say there’s more passion in one vocal run on this track than there is on every Singles Club track combined this week – and probably the next. (9)

Chal Ravens: I was wowed by blisters last year, a properly unique record that established serpentwithfeet as someone original and fully formed pretty much instantly. That R. Kelly quiver! I have to say that this track feels like it could have been on blisters, and that means I’m just not quite as into this as I could be. It just feels familiar. Isn’t that disgusting me? I fully admire and enjoy it (and great video, too!) but it remains to be seen if it will burrow into my memory the way those songs unexpectedly did. Needs many more listens. (6)

April Clare Welsh: I wonder if Nadya Tolokonnikova and Dave Sitek sat down one day and decided that Chechen leader Ramzan Kadyrov was a bit a “bad apple” for detaining, torturing and murdering hundreds gay and bisexual men, because it’s possibly a strange descriptor for someone guilty such heinous crimes… That aside, although the political sentiment this song no doubt comes from a good place, it doesn’t detract from the fact that it sounds like The Cheeky Girls doing bloghouse, which is so so wrong on so many levels and also an insult to the wider canon protest music, which is already suffering from an authenticity crisis. (2)

Miles Bowe: Terrible music, vague politics and awful lyrics all tied to a ham-fisted visual metaphor. This may stand as one Pussy Riot’s definitive tracks. (2)

Chal Ravens: Usually, the more explicitly political a song is, the less effective it becomes, and that’s pretty much the case with this rinky dink protest tune. There’s something incredibly silly about heading to the US to write, record and perform songs demanding at justice reform in another country – what’s the desired outcome here? I believe the rest Pussy Riot have disowned this splinter cell now, so they shouldn’t really be using the name to create a touring sideshow about a totally different issue and concept. (3)

Scott Wilson: Though I admire Pussy Riot as a political force, I can’t say I’ve ever enjoyed any their music. I don’t love this track either, but the presence Dave Sitek definitely adds a sonic depth to their music that I’ve found lacking in the past. (4) 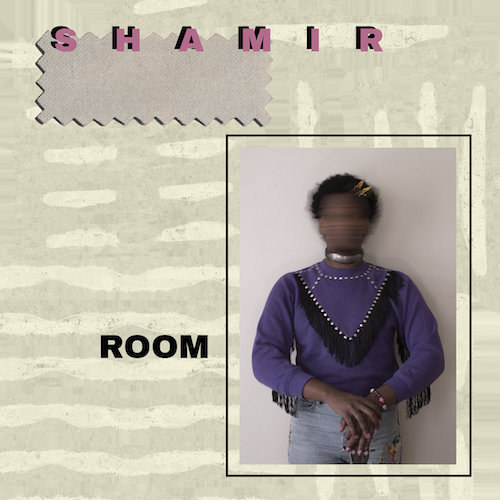 Chal Ravens: Expertly designed to make my skin crawl, from the cheesy pre-chorus modulation to the scraggly tone on that guitar to the ear-splitting call and response bit. Can’t be doing with it. (2)

Miles Bowe: Getting dropped by XL was the best thing to happen to Shamir. Letting go the disco-pop ambitions his early work, he’s exploring whatever sound he gravitates to and always ending up with something homespun and personal. (8)

Scott Wilson: I’m very much in two minds about this song. On one hand it’s like a perfect slice late-90s power pop, on the other, it’s quite irritating after about 90 seconds. Once was more than enough. (6)

April Clare Welsh: I remember going to see Shamir play his first ever *music industry showcase* many moons ago and it was a complete and utter shambles. I thought he had tightened up his act since then, but this track plunges to new depths chaos that even a blast ‘90s college rock can’t rescue. (3) 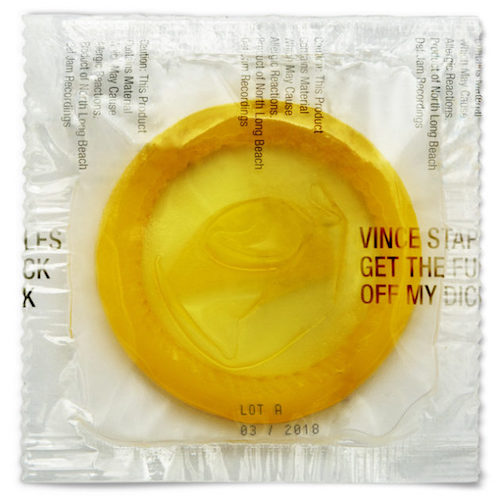 Vince Staples – ‘Get The Fuck Off My Dick’

Chal Ravens: Quite the multi-platform anti-promotional promotion, this – first Vince launches a GoFundMe to send him into early retirement, now he’s threatening to stop giving interviews and complaining about the reception his last album got. “8.7 Best New Music” apparently isn’t enough for a self-described avant-garde artist who doesn’t care about money? Mmm, right. I love the narrative he’s building around himself, but I don’t take it seriously – he’s very good and he knows it, and he knows we know it. But that condom artwork… ! (6)

April Clare Welsh: I concur with Chal – Vince Staples is very good and he totally knows we know it, but he’s really fucking with us now. It’s all in perfectly good jest, c, but he’s caught me on a bad day so I simply don’t have the time or space to process the humor. (5)

Miles Bowe: To me, Big Fish Theory split the difference between a rap album and a club album and didn’t really work as either. So this victory lap vibe doesn’t really apply to me, but the song is a welcome return to the Vince I like. (6)

Scott Wilson: If anyone else set up a GoFundMe page to raise money for their early retirement and released a song called ‘Get The Fuck Off My Dick’ a day later I’d have awarded this a (0) out principle, but Vince Staples gets the benefit the doubt because he trolls better than anyone. This isn’t a brilliant track but it’s definitely a much deeper dive into his psyche than the title suggests and cleverer than it has any right to be. (7) Vintage Lee is a rising rap force to be reckoned with