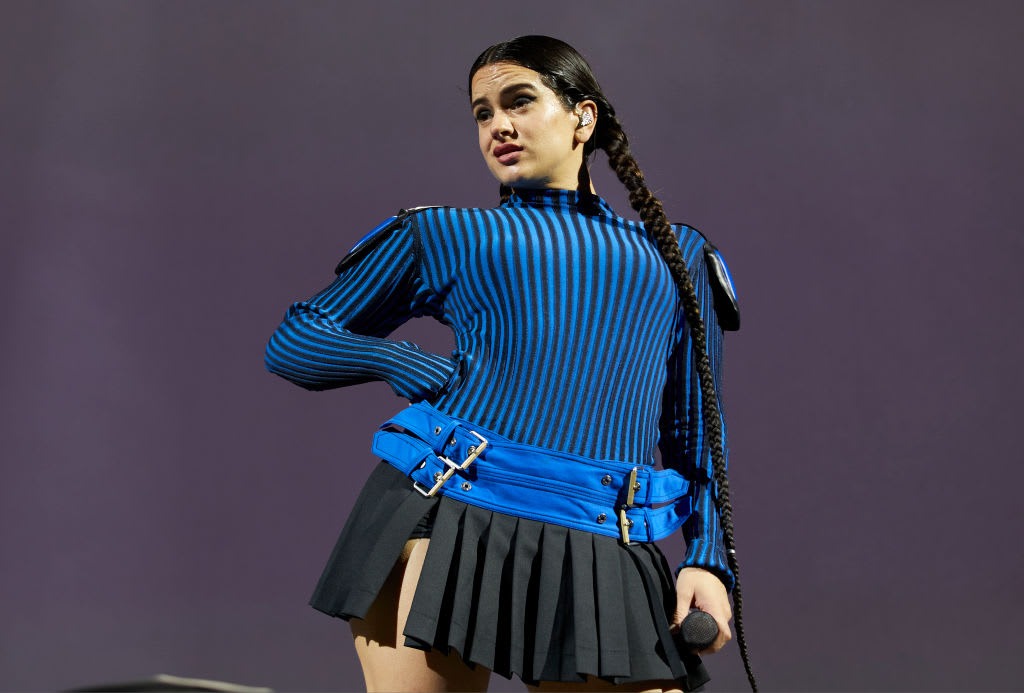 “DESPECHÁ” is Rosalía’s first taste of new music since the release of her MOTOMAMI album in March. Last month, she first performed the song live during the MOTOMAMI Tour kickoff in Almería, Spain. After fans asked for the song’s release, she did just that two weeks ago. The merengue-infused song instantly succeeded, opening at No. 1 on Spotify’s Top Songs Debut Global chart. Rosalía placed ahead of Beyoncé’s Renaissance album, which occupied the rest of the top 10 spots.

Rosalía filmed the music video for “DESPECHÁ” in Portixol, Mallorca, on July 30. She continues to live out her Motomami fantasy, this time on a crowded beach with people from all walks of life. Matching the song’s feel-good and fierce energy, Rosalía cuts loose on land and sea. Even though summer is coming to a close soon, the season will live on strong in this sun-kissed and cute video.

When “DESPECHÁ” was first released, Dominican singer Omega claimed that he was originally going to be featured on the song. In an Instagram live video, the merengue star played his verse, which he said was cut a few days before the song’s release. Some fans hope the version of the song with Omega will be released one day.

In a statement about “DESPECHÁ,” Rosalía made sure to cite her sources for this song that dabbles in Dominican merengue music. “I’m grateful for having been able to travel in recent years and have learned from music from other places, including the [Dominican Republic], where artists like Fefita la Grande, Juan Luis Guerra, and Omega have inspired me, and without them, this song would not exist,” she said.

Watch the music video for “DESPECHÁ” below.