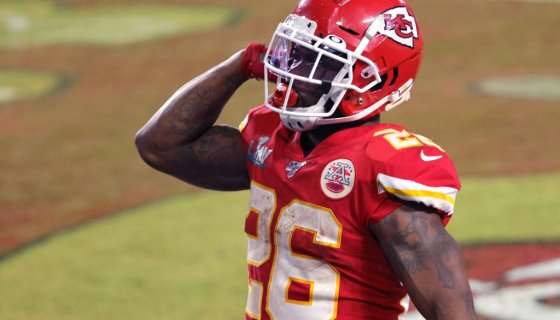 Anyone can get got, even during a pandemic. running back Damien Williams was robbed at an Airbnb he was staying at in Los Angeles.

Considering the victim, a Super Bowl winning NFL player, the thieves made off with a meager take while luckily Williams was unharmed. According to TMZ Sports,  the thieves made pilfered just $1000.

Reportedly, Williams had just checked into the home on Saturday night (May 2) in Los Angeles when three culprits broke in the back door. The three-man crew surround Willams and his entourage and managed to get the aforementioned money off of them despite not threatening them with any weapons.

The cops were called after robber crew dipped out, and LAPD has yet to locate the perps who are described as three African-American men. The authorities are also seeking any surveillance footage.

It definitely sounds like an inside job considering the timing and circumstances.

Williams, who just celebrated his 28th birthday on April 3, scored a pair of touchdowns in 2020’s Super Bowl LIV. 'Showman' Is The Greatest U.K. Album For 15th Time