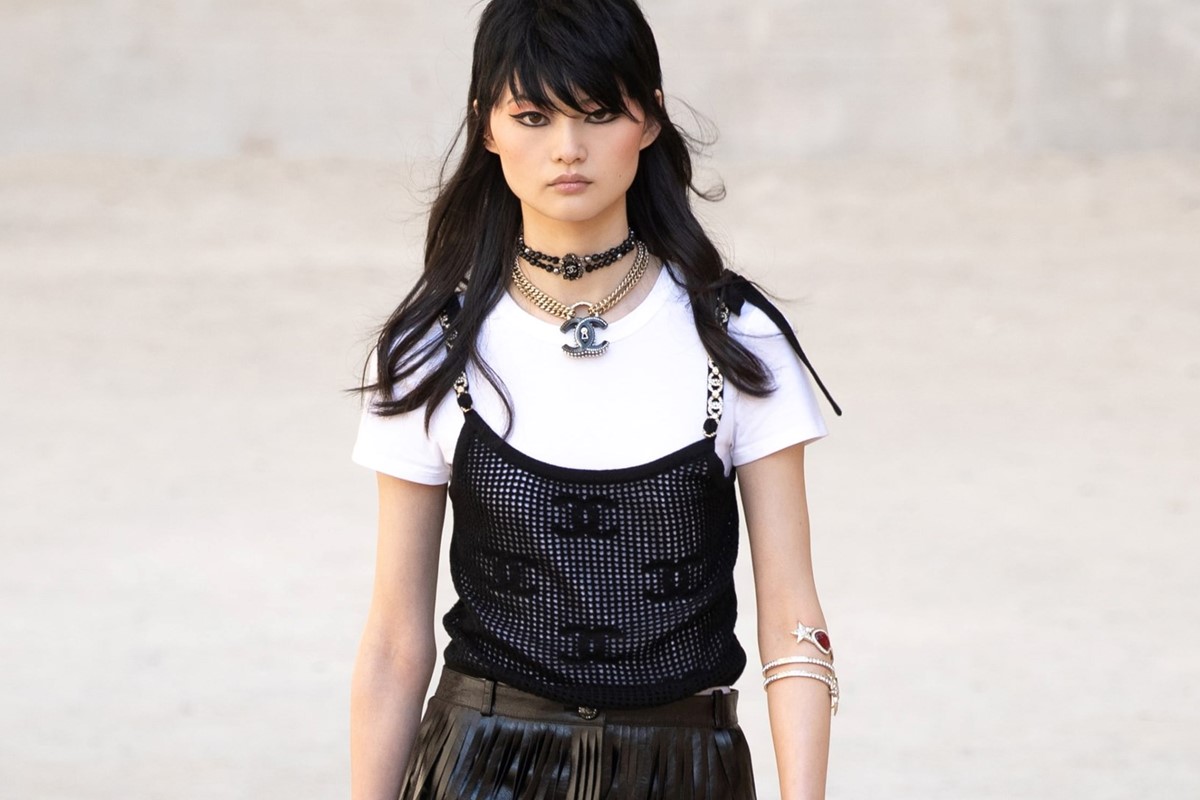 Punk rawk! Fishnets, dog collars, and heavy side fringes are in at Chanel

Having mined the aesthetics of the millennium for a good few years now (seriously, not an UGG boot or a Juicy Couture tracksuit has been left unturned) the capricious fashion wheel is seemingly turning once again: this time in the direction of the late 00s, if the last few runway shows are to be believed.

At Saint Laurent last week, Anthony Vaccarello turned out a collection that called to mind the dancefloor of Boombox circa 2006; all tacky-fab gold-buttoned jackets, metallic bodysuits, and piled-high pearls. The offering paid tribute to the messy, avant-garde glamour of iconic musician Peaches, whose certified bop “Fuck The Pain Away” rang out from electroclash club nights around the world throughout this halcyon era.

Now, Virginie Viard has similarly dialled the clock back to the MySpace days of yore, turning out a bunch of posh, punk rock princesses as part of Chanel’s latest Cruise show.

WTF is happening between Zoë Kravitz, Jonah Hill, and The Row?

Victoria Beckham would ‘rather die’ than wear Justin Bieber’s Crocs

Taking place yesterday at the Carrières de Lumières – or Quarries of Light, if your French is as ‘rusty’ as mine – in Les Baux, models stormed between the brilliant white chalk caverns in drop-waisted cocktail dresses trimmed with feathers, classic monochrome tweed minis and matching jackets, graphic star-printed denim jeans, and double C-emblazoned slips over long-sleeved t-shirts.

Inspired by Coco Chanel cohort Jean Cocteau’s The Testament of Orpheus and a bunch of his 1920s sketches, swingy fringed tunics were matched with slashed tees bearing prints of kohl-eyed girls, with looks finished with leather dog collars, quilted pouch garters, and fishnet tights. And if you thought the side-part was over, think again: Viard’s severe iteration erred on the side of scene kid, with punky mullets and heavy fringes secured with pearly slides and monogrammed clips.

A final tribute to house muse Stella Tennant also featured within the collection, with models wearing CC lip-studs inspired by the late supermodel. According to Viard, she had an iconic photograph of Tennant in mind when sitting down to sketch the offering: depicting her in tartan trousers and a tattered, thread-spilling sweater next to her ball gown-wearing grandmother outside their Devonshire stately home, the model’s outsider spirit ended up being the linchpin of Chanel Cruise.

Take a look at the collection in the gallery above and check out the full show below. 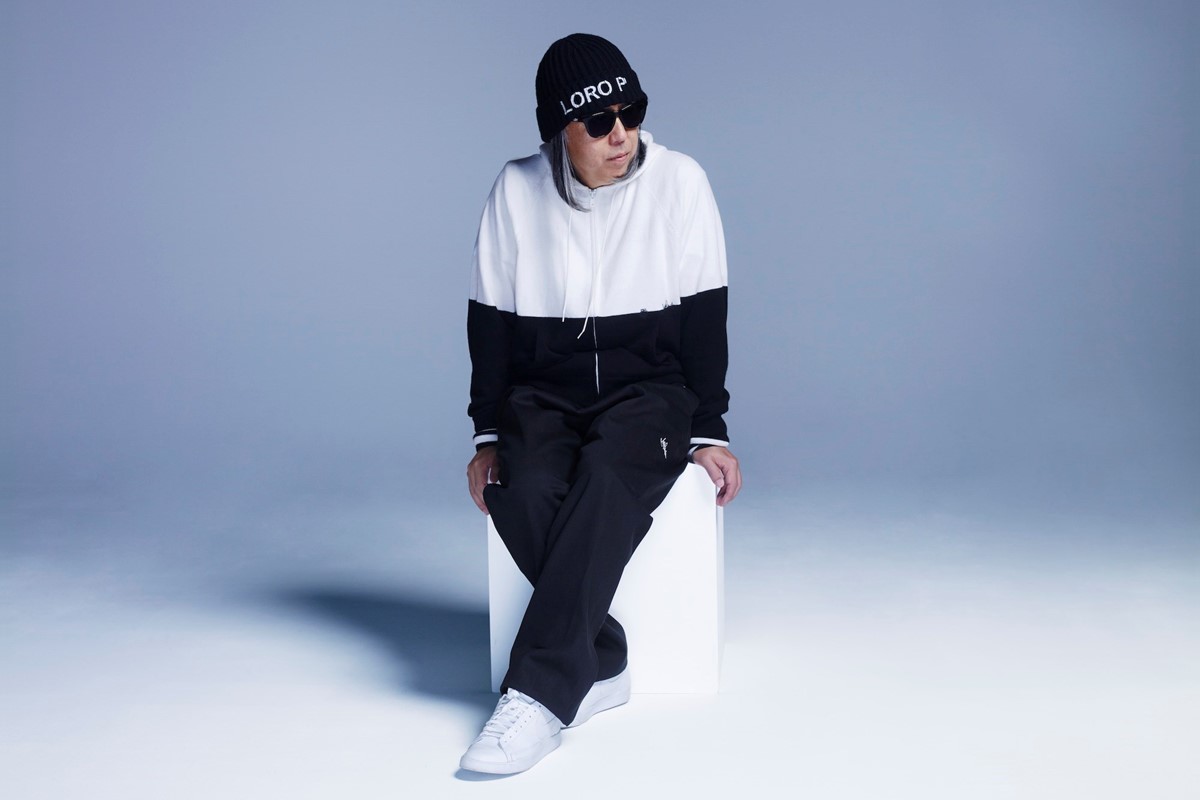 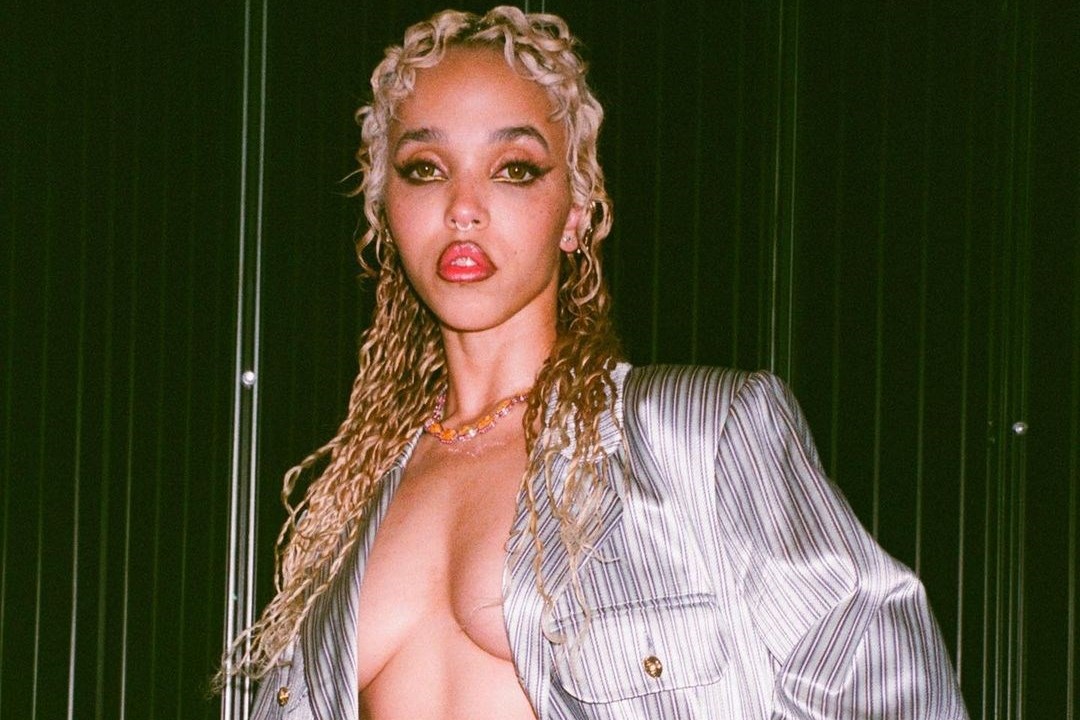 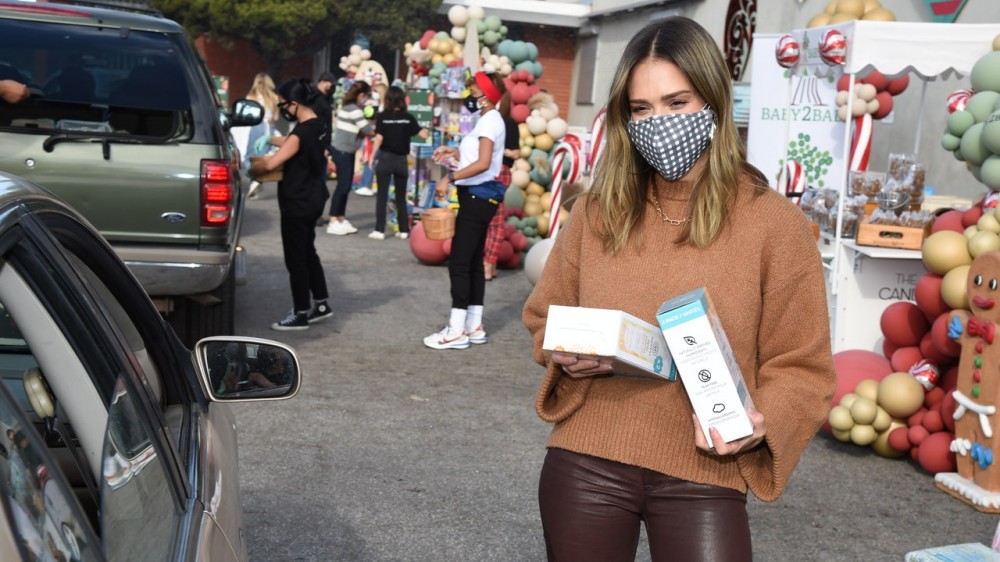