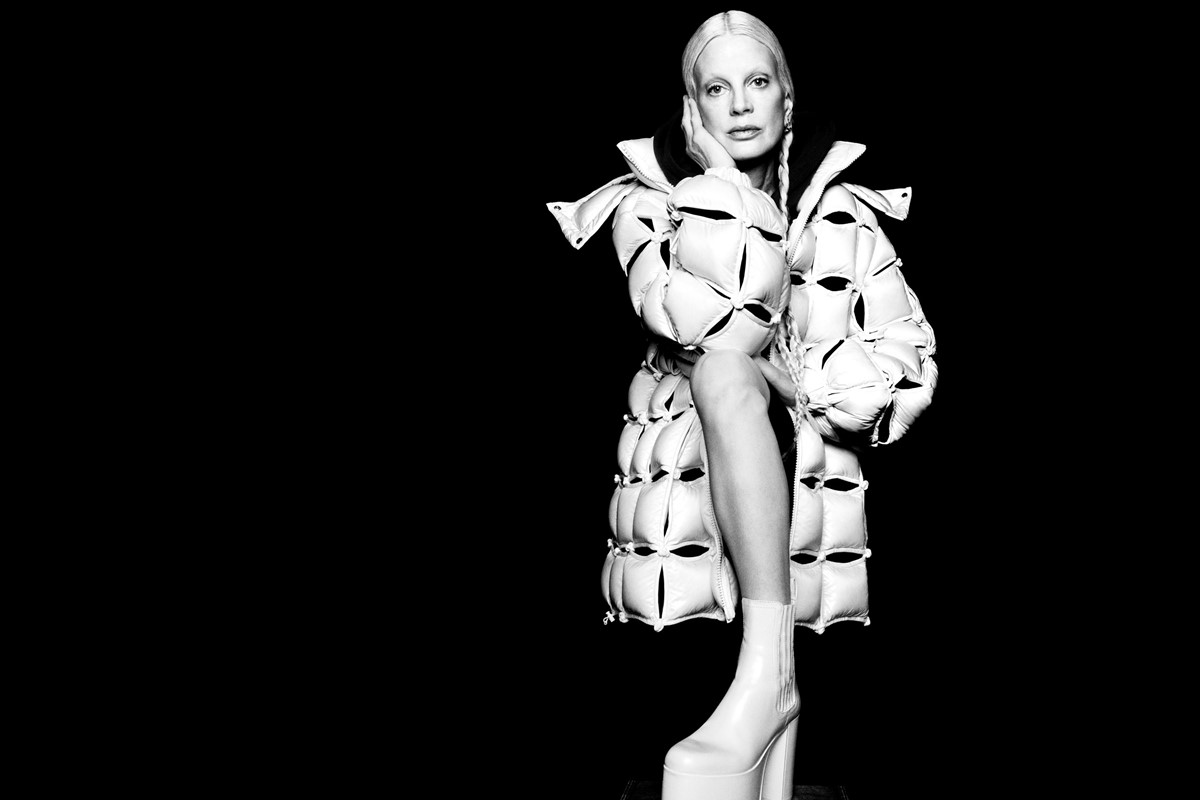 As the Italian outerwear label unveils the Moncler Maya 70 by Pierpaolo Piccioli, the designer lifts the lid on his continuous flow of inspiration and the off-centre appeal of muse Kristen McMenamy

Pierpaolo Piccioli has no definitive source of inspiration. The Italian designer, who currently sits at the helm of Valentino, often finds himself struck by an idea when flipping through the pages of a book or visiting an exhibition, but is just as likely to feel inspired when out and about walking the streets of Paris or Rome – the two cities he divides much of his time between – or the many destinations he descends on in his line of work.

“I find it hard to mention one single thing [I am inspired by],” he explains. “I am constantly struck by reality, people, the city I live in and the ones that I visit while travelling. Inspiration is a continuous flow that punctuates everyday life in a delicate way, I could not ask for a better state.”

Though spotting Valentino Haute Couture in the wild is something of a rarity, Piccioli could well be spotting a new collaboration he worked on out and about in the not-too-distant future. Cut to his ongoing partnership with fellow Italians Moncler. The designer first joined forces with the luxury outerwear brand beloved by adventurers worldwide in 2019, when he dropped a series of statuesque, sculptural coats that ended up gracing countless glossy editorials for months after their release.

Now, in 2022, the relationship continues. With Moncler celebrating its 70th anniversary this year, a series of celebrations and activations have been taking place across the world. A hero moment came in September, as Moncler descended on Milan for a jaw-dropping showstopper. In the shadow of the city’s famous Duomo, amidst the chaos of fashion week, the house choreographed a wild extravaganza dedicated to its iconic Maya 70 jacket. The event saw thousands of dancers wearing white iterations of the utilitarian style infiltrate the piazza to a soundtrack curated especially by Italian electronic export Lorenzo Senni.

The Moncler Maya 70’s big debut was a glimpse of what was to come, as the brand invited a series of former collaborators and creatives to reinterpret the classic style in celebration of its big anniversary. With Rick Owens and Giambattista Valli among those putting their own stamp on the silhouette, now comes the turn of Piccioli. Released today, the Moncler Maya 70 by Pierpaolo Piccioli is a newly imagined iteration that combines his flair for colour and form with the functionality and luxe finishes Moncler is renowned for.

According to Piccioli, the idea for his take on the classic comes from two different areas. “On one hand, I already had an affirmed silhouette, very 80s and bold, a timeless statement model launched more than twelve years ago by Moncler,” he explains. “On the other hand, I had anatomic and artistic key points – pictorial Madonnas, the classic statue with its idealised yet dramatic figures, Roman architecture with its rigorous style, and the ethereal rituals of Couture.”

“Kristen McMenamy embodies an eccentricity, an ability to be away from the centre” – Pierpaolo Piccioli

More of Piccioli’s personal stamp has been put on things through his casting of iconic, offbeat supermodel Kristen McMenamy in the accompanying campaign. The two met when the designer cast her in a show, with their friendship and professional relationship blossoming in the time since. “Kristen’s personality is so strong that putting anything on her means giving a message of freedom and comfortable self-expression. This jacket is meant for a universal [audience] with a carefree attitude,” he confirms.

McMenamy is known for her rule-breaking approach to life, and “embodies an eccentricity, an ability to be away from the centre”. “She’s never lost contact with her intimate self,” the designer concludes. With this Moncler collection, Piccioli hopes it’s an outlook and an attitude that will extend to a new gen of Maya 70 wearers. 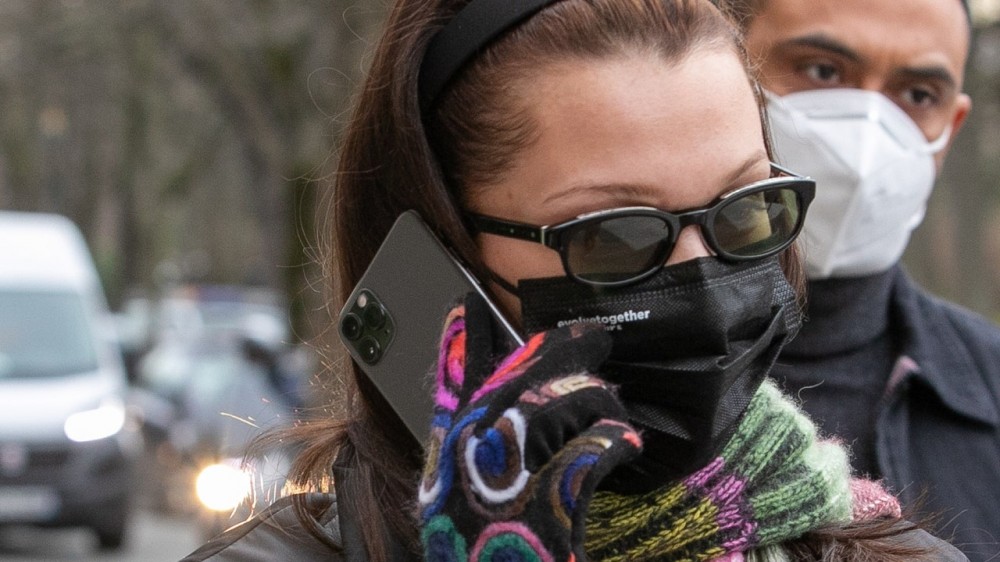 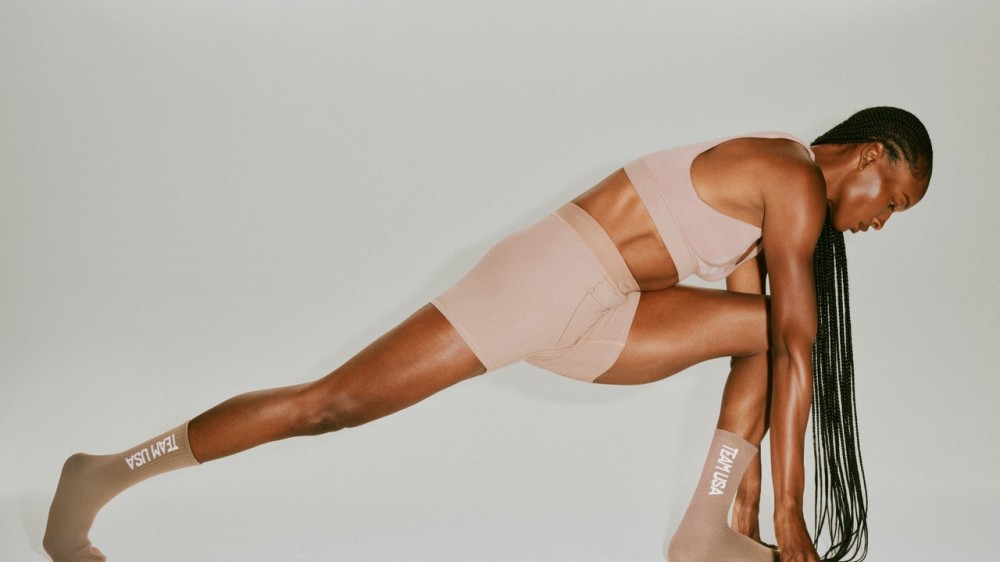 Kim Kardashian and Skims Will Be Designing for Team USA