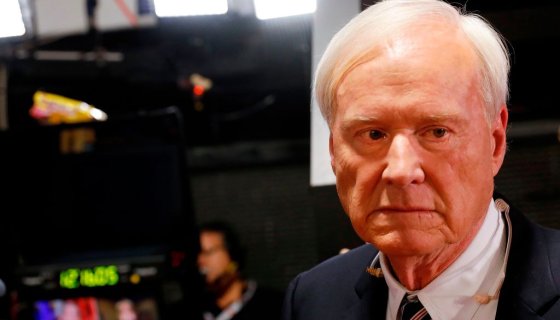 For over two decades, was a familiar figure in the vast world of cable news as a host for the nightly news program, Hardball. Matthews’ tenure with the show ended on Monday (March 3) after he resigned live on air at the time of the broadcast, blindsiding his colleagues in the process.

Matthews, 74, served as the host of Hardball starting in 1997 and was known as a sharp political mind who often bristled at guests with his scattershot style of speaking. Among one of the most recognizable figures on the news network, Matthews was known in his world as someone with personal liberal views but fairly reported on individuals on both sides of the aisle.

The host’s time at MSNBC was not without controversy as he faced ual misconduct allegations, which Matthews mentioned in his exit speech during the airing last night.

“Let me start with my headline tonight: I’m retiring,” Matthews said from the onset. “This is the last ‘Hardball’ on ­MSNBC, and obviously this isn’t for lack of interest in politics, as you can tell I’ve loved every minute of my 20 years as host of ‘Hardball.’”

He added, “The younger generations are improving the workplace, we’re talking here about better standards than we grew up with, fair standards. A lot of it has to do with how we talk to each other, compliments on a woman’s appearance that some men — including me — might have once incorrectly thought were okay were never okay. Not then and certainly not today, and for making such comments in the past, I’m sorry.”

MSNBC host Steve Kornacki gamely kept the show going although it was clear that he was stunned beyond belief. Matthews, a prolific author, said he will still continue to write and offer opinions where he can but will no longer do so in front of the MSNBC cameras. #BlackInkChi: Charmaine Bosses Up, Ryan Is Living In The Shop Sleeping On An Air Mattress & More Moments