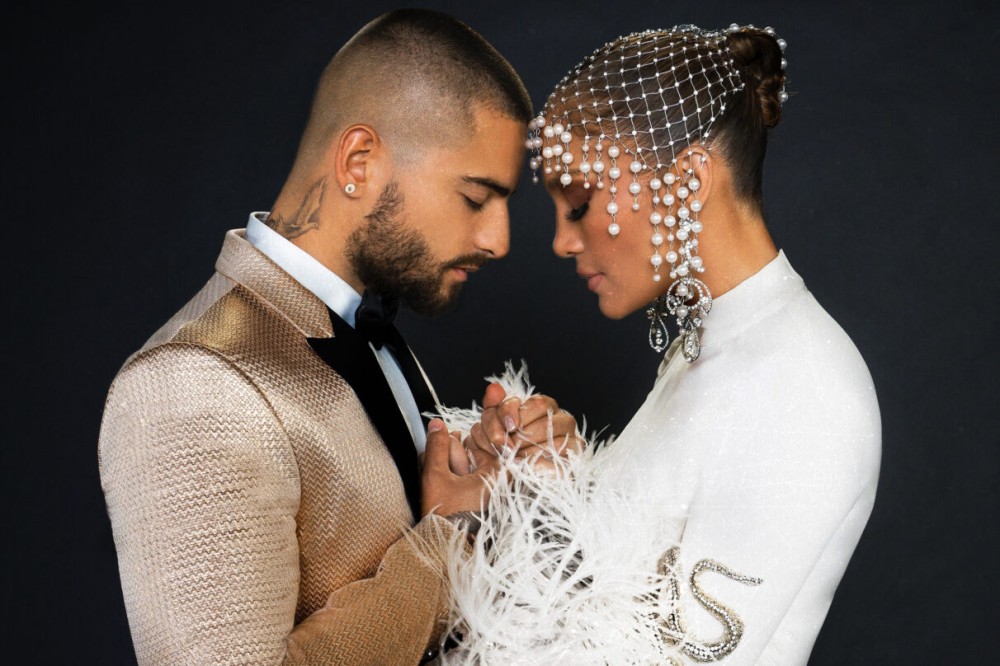 As per usual, Jeniffer Lopez and Maluma have graced the music charts today with the release of Marry Me (Original Motion Picture Soundtrack) for their Universal Pictures film with the same name. The soundtrack to the movie, set to premiere in theatres and Peacock on Feb. 11, contains all the Latine flair of reggaeton, pop, up-tempo ballads, and, of course, the reggaeton hit that’s already dominated the Latin charts since its release, “Pa’ Ti (For You).”

The rom-com falls flawlessly in line with J.Lo’s repertoire of traditional love stories, one that paints an idyllic picture of a girl falling for someone she probably shouldn’t, but does anyway, making perfect sense in the end.

Of course, J.Lo co-wrote and produced a few of the tracks off the record, but at this point, are we surprised? Although in hindsight, anything J.Lo touches becomes an instant classic. And to add more delight, the Puerto Rican star released a music video that accompanies “On My Way” right off the MARRY ME album.

Throughout the 13 tracks, its entirety is about the rigid ideals of finding love. And even if we hate to admit it, everything in life is guiding us to it, being the film’s core theme. The album also features hits with Maluma’s sultry ballad “Segundo,” written by the artist alongside Edgar Barrera, and a ballad reprise of the title track “Marry Me (Kat & Bastian Duet),” with a fresh mix of Spanish and English lyrics. Honestly, each song is a hit. Even though the record is only 37 minutes short, it’s loaded with tender melodies that make the film a uniquely produced rom-com for the year.

“I had always wanted to be able to make an album with a movie, things like that don’t come along like that every day,” Jenny from the Block shares to Zane Lowe in an interview yesterday via Apple Music. And in 2022, it couldn’t be more true. As expected, fans are relishing over the record in anticipation of the film hitting theatres, and the truth is, so are we.

I wasn't ready for the Marry Me album to be THIS good ? Jennifer Lopez ATE and left no crumbs… She totally slayed us ? #MarryMeMovie #JLo pic.twitter.com/rUhGb972hX

Until Marry Me hits the box office, at least we have the soundtrack to accompany our wait — and that’s good enough for now. Fans can also catch J.Lo and Maluma performing “Marry Me (Kat & Bastian Duet)” live for the first time on The Tonight Show Starring Jimmy Fallon on NBC. It’s clear that J.Lo and Maluma are ready to make their romcom a classic!

Listen to Marry Me (Original Motion Picture Soundtrack) below.