Nestled in the outskirts of Helsinki, a swarm of graduate designers are transforming the Finnish city into a fashion capital

There is a tendency within fashion to talk about graduate talent as if it were to begin and end with Central Saint Martins. The reality, of course, is that there are hundreds of fashion schools beyond the Watford Gap that are producing just as many stars. One college that has garnered significant interest over recent years is the University of Aalto, which has become a honeypot for madcap confectionery, nestled in the outskirts of Helsinki. Bathed in approximately 19 hours of sunlight during the summer, the university’s arts building is plastered with makeshift banners and placards, protesting the kind of funding cuts that have become endemic to creative institutions around the world. “Give back our spaces,” one reads. “We create value not profit,” says another.

The cohort’s calls for “actual artistic practice and meaningful academic knowledge” are embodied not only in this year’s final collections, but in the invention of a skew-eyed, all-consuming bear which has been placed at the entrance of the design studios. Inside, equally buck-wild creations hang from rails, some quite terrifying in their raw and rough-hewn qualities, while others have been overblown to boisterous and cartoonish proportions. And at the end of each rack is a designer, each of whom mirrors their collection in a way that feels quite heart-warming, as if they have grown together in perfect symbiosis. Take Tuuli-Tytti Koivula, for example, who is presenting her hyperactive approach to skiwear with pastel pink hair and child-like eyeshadow, or Iiris Kamari, who looks like a mix between a haunted chambermaid and Rick Owens, all smudged lipstick and straggly hair, and her ghostly, body-baring take on party girls.

As the fashion crowd in Helsinki are often quick to note, almost every major label has at least one Finnish person working on its design team, and it’s soon clear why. Below, we take a closer look at five of the graduate students rising from the University of Aalto and their boundary-pushing offerings.

“This collection explores how two different cultures can coexist peacefully and create value. I witnessed this phenomenon while visiting small Alpine-villages for ski training. With international teams competing in glaciers, I saw how the traditional culture had become mixed-up with ski racing. Farmers drink alongside foreign skiing coaches in quaint little pubs. Athletes train in a field next to cows, while all the ski centre employees would work the land during summer seasons. But the glaciers are melting and shrinking year by year, and at one point I saw flowers growing through the snow. I wanted to encapsulate that bittersweet image in my prints, many of which follow slalom zigzag shapes. I’ve blended inspirations from ski racing gear and the Bregenzerwalds’ traditional costume, Juppe, using embroidered fabrics and hand-knitting. These are clothes for women visiting Blumenthal, sketching flowers in their diary, and ending up in apres ski.”

“Hot, sexy, and everything cute. These were the ingredients I chose to create the perfect Megababe. But who are these glamorous, gorgeous people? Well, Megababes came from my own experience growing up in a working-class environment, being influenced by pop culture phenomenons, superstars, television, and the pre-internet celebrity. I dove into the roots of my persona, to my earliest memories, searching for that child’s curiosity to find the courage to experiment with bright, loud materials, while moving my mother’s and grandmother’s handcraft lessons into this generation. As a child, I had to build my world around myself from toys that I had either collected or made myself. This collection really is the same, full of hand-knitted and crocheted pieces, building a world from the vestiges of the past – from the trash, recycling centres, and my own friends. Eeek! Hot and famous MegaBabes are coming, watch out!!”

“Titled Party Girls, this collection illustrates an intermingling of seven party girls, taking cues from Pina Bausch’s Die Klage Der Kaiserin. My methods include working with found materials and replicas, deconstructing the traditional party dress and its form, revealing the body in various states of undress, using draping and couture finishings. Each piece is likely to change over time due to the kind of reinforcements used and the nature of the materials, including acetates and lots of natural fibres. At the heart of the collection is collaboration, from the conversations I had with my friends throughout the process to the production of wigs and shoes which I made with an atelier of close colleagues.”

“My collection is a queer-feminist depiction of Finnish witchcraft. Each look is a non-male character from Finnish mythology, embodying five characters: Louhi is the goddess of the underworld and the mother of diseases, who got impregnated by the wind; Kiputyttö collects the pains of the people on pain mountain; Vellamo is the goddess of water; Kaveh is a mysterious non-binary creature of the forest; and Syöjätär eats cis-men who get lost in the forest. All pieces are made of abandoned materials that I have collected from second hand shops throughout the year – I like the idea that the history and the energy of these materials are somehow intertwined with the collection. My approach to fashion is like textile sculpting, feeling the nature and energy of the material, hand-knitting, wet-felting, and needle-felting pictures, text, and three-dimensional shapes together. My way of working is very intuitive, physical, and performative. I start all my clothes blindfolded, feeling my way through the visual world and atmosphere I want to create. I let the movement of my body and the materials lead the process.”

“This is all about Finnish car culture. The idea first came to me while I was driving home from the  countryside. Having gone for several hours straight, I started to feel like I was melting into the road and becoming one with the car. I started to see the asphalt as a long sheet of dark denim. Most of my research concentrates on car-tuning and kortteliralli (AKA cruising) and the people who inhabit those worlds. I sourced materials from Instagram and online forums like IRC-Galleria, taking pictures on the street and inside parking garages. I’ve drawn as much inspiration from the people as I have their cars. The most important design method for me was acquiring actual car stuff and playing with it. For example, I transformed a couple of car benches into garments and a car cover into a dress. I really see cars as a self-expression tool. A car, much like clothes, serves as a human’s outer shell. Only here, I’ve mixed elements of the driver and the  driver’s vehicle into one.” 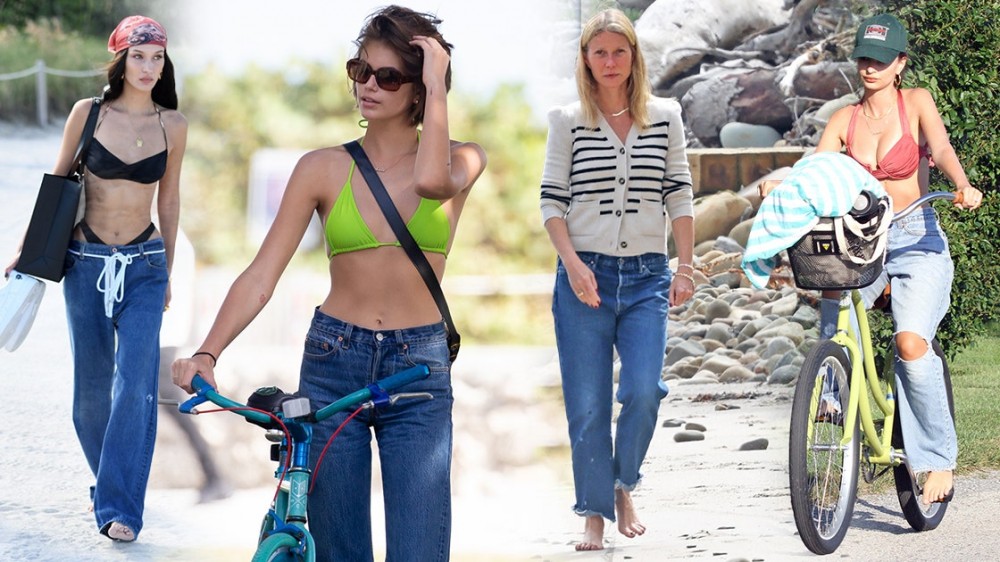 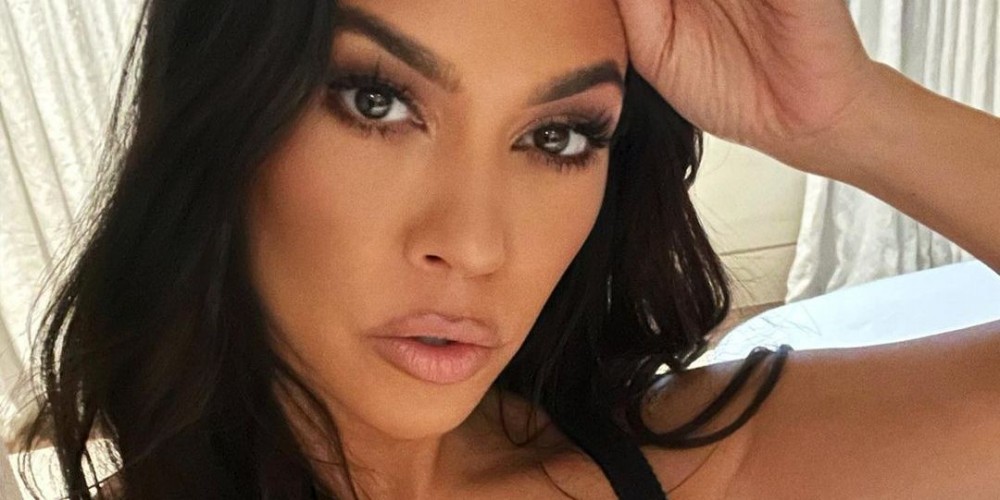 Kourtney Kardashian Just Did A Photoshoot In A Leopard Print Bra