Whether you love him or hate him, ‘s found much success in the rap game ever since hopping on the scene back in 2018 and though he’s endured LOTS of slander and negativity on social media, he’s still picking up bags like a sanitation worker.

In his latest visuals to “Oprah’s Bank Account,” the Georgia artist turns into the iconic billionaire but dubbed himself Boprah and interviews his featured artists, Drake and DaBaby. With Drizzy comedically taking the stance of the millions of Yachty haters and stating that his makes music that should “never be referenced or heard by human beings ever again,” the video offers a few laugh out loud moments that you can’t be mad at after viewing it.

Interestingly enough, Drake and DaBaby weren’t even supposed to be featured on the cut as Yachty revealed to Complex that he’d originally reached out to Lizzo to gauge her interest in joining him on the cut.

“It’s so crazy because I originally wanted to put Lizzo on it,” he says. “I sent it to her, and I don’t want to say she didn’t like it, because she never got back to me on it, which was cool. I understand people are busy.” Instead, Drake ended up hopping on the song after seeing Yachty post a snippet of it on his finsta account.

Knowing Lizzo she regrets nothing.

Peep the visuals for Lil Yachty’s Drake and DaBaby assisted “Oprah’s Bank Account” below and let us know if you’ll be checking for Yachty’s Lil Boat 3 album when it drops later this year. 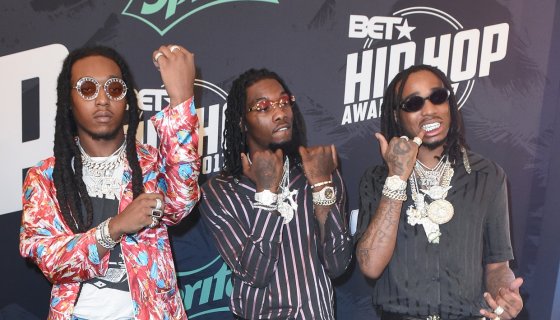