The category for Best New Artist is always one of the most anticipated at the Latin Grammys. This year, the Latin Recording Academy recognized 11 artists from countries such as Panama, Argentina, the Dominican Republic, and Chile, each of them representing distinct musical styles and career paths. Before the ceremony, which takes place Nov. 18th in Las Vegas at the MGM Grand Garden Arena, three of the nominees discussed their music and how it feels to be nominated.

What was your reaction to this nomination?
I was working. I’m teaching creative writing at NYU, and I think Eduardo Cabra [the Calle 13 musician who produced Rita’s most recent album] sent me a text. It was kind of a weird surprise; I wasn’t expecting a nomination, but like they say in Santo Domingo — they have an expression, “Ni me lo deseo, ni lo goloseo; pero si me lo dan, me lo jondeo.” I’m not working for a prize, but it’s always a happy thing to be considered.

You were nominated for your album Mandinga Times, which introduces the character of Mandinga, a prophet who revels while the world ends. Tell us a little about the idea behind the album.
It’s funny, because it’s my second album in 10 years, so I’m definitely not a new artist. I’m a new artist for the Grammys, but not new in any way. Maybe the character I created, Mandinga, is a new artist; you could see it that way. Maybe she deserves the nomination. It’s a studio project. Eduardo and I got together in his little cave for most of the pandemic last year. I wanted to make an apocalyptic album even before the pandemic hit. It started as a joke, a little bit, like a satire kind of thing. But then things got weird, and we ended up with something that was very in touch with what was going on around us. In the first video we shot, the character of Mandinga was very funny and kind of cruel. It was kind of like, “We deserve it.” But she has a lot of empathy for humans, and you see it in the songs and the way she behaves. When things got serious and weren’t so funny anymore the character changed, and we saw a different side to her.

Meet the Beatle: A Guide to Ringo Starr's Solo Career in 20 Songs

50 Best Action Movies of All Time

How did your collaboration with Eduardo Cabra happen?
We were neighbors and lived in the same neighborhood in San Juan, Puerto Rico. We had gotten together a couple of times, and he was always asking me, “When are you going to do another album?” I said, “That’s not going to happen” many times. But then it was an of-the-moment thing, and I said, “I’m going to record another album and call this guy, because I really respect and admire his work ethic.”

Why had you been reluctant to make an album in the beginning?
It’s the same things — I don’t like the industry, the way things are handled, the way people react to you. People don’t act like that when I’m in writer mode. My literary friends never react the same as music people; it’s a different spell, I guess. It’s a different magic. But I don’t like certain things about the music business, and now it’s even harder than 10 years ago. Ten years ago, social media wasn’t as big as it is now. It’s really overwhelming for me. I need time to read and do things, and it takes so much. I prefer to be raising my kids and writing and doing other things for a living.

Did Mandinga Times change your perspective or feelings toward music?
Some things are redeemable, and I learned more this time around — who to surround myself with, and how to say no, which 10 or 11 years, I didn’t know how to do. If I don’t like something or I’m not comfortable with a certain approach… I’m a 40-year-old person, and I have another view on how I want to handle my time and my space. It definitely gave me a new approach, and I’m definitely going to make more music — and soon.

What does this nomination mean to you?
I was in Italy, and I started going crazy. I was pale. I think it’s something a lot of people dream about, and it’s a complete shock. There’s artist who are in this category who I admire so much. For my name to be among theirs makes me feel so good. There are people who I’m fans of, and now being listed alongside them is really nice. Obviously being able to represent your country… To be able to represent my flag is amazing as a Panamanian — we’re a small country and so opportunities in the music industry have always been a little difficult to achieve, but we’re really motivated right now. Sech achieved success, I’m accomplishing a lot, so I think it’s a positive message right now. I’m from a scene that is really brave and rebellious — and in Panama, a lot of people are like that. It’s an attitude and a way of life; it’s really active. A lot of the guys ask me for advice, and I know they do with Sech.

Panama is a small country, but also one that has an important legacy when it comes to reggaeton, given its tradition of reggae en español and pioneers like El General.
Yes. All of that is history, and it’s important. To know that you can be a part of that, it’s like “Okay, if they did it, I can too.” They accomplished so much. You know, those guys are from my dad’s generation, my grandparents’ generation, but my parents are really young, so I grew up with that. I grew up with a lot of music around me. I never thought I’d be an artist, but I was always connected to El General and there have always been a lot of artists I admire a lot, and we owe them so much.

What can you tell us about your upcoming music?
I just finished my album, which is coming out next year. We did a remix of “Ella,” and the fans really loved that one. I think [on the new album], you’re going to hear songs that are totally different to what I’ve done — there’s dancehall coming, there’s Afrobeats coming, there’s R&B coming. I’m a fan of all kinds of music, and there is a big audience I’m making music for. Not everyone listens to the same thing.

What were you doing when you found out you’d been nominated as Best New Artist?
It was huge, unexpected news. I woke up to it — imagine, it was one of my days to rest and I had the day off. My boyfriend and I were asleep, and we woke up at like 11 to people going, “You’re nominated!” I was like, “What? Nominated?” I wasn’t even watching the nominations because I really didn’t expect to be nominated at all. And people were like “The Latin Grammys. Look at everyone’s Instagram stories.” I looked and saw my manager’s social media feeds, my friends, people on my team. The first people I called were my mom and my dad and my best friend — we cried. It was just such an incredible moment. This is a category with so many big artists who are making a lot of noise and who are so talented. I’ve seen videos of everyone nominated in the category and made time to hear their music, and I’m so impressed — well, Bizarrap, I know very well, and I know Paloma Mami as well. They’re such smart people who make amazing music… I admire all of them.

A lot of Argentinean artists were recognized this year. How does it feel to represent the country where you’re from?
It’s incredible. Argentina has done so much in the last few years, ever since the pioneers started, and we know who those are in this genre — Paulo [Londra], Cazzu, several others. I think especially with what happened to Paulo, Latin America began recognizing more talent here. There are more opportunities to be heard and to collaborate with artists outside of the country, and I think all of that is because of the pioneers who have done so much. Now we’re here representing and sharing our culture, and I’m super happy that people are recognizing us.

This was a busy year for you. You had major collaborations with J Balvin, Danny Ocean, and Becky G. What was that like?
This year was crazy. It was the year with the most action in my life — I’ve never worked as hard as I did this year. I think that’s why I had so many incredible experiences, because when you work and work and work, you get results. And it’s not just my work, but the work of my team.

You also dropped your album Animal. What does that project represent?
It reflects a wilder side of me. That’s why it’s so special. Despite being a person who is kind of timid and inward and emotional, I have this other side that’s wild. It’s the Maria who goes up onstage and who’s in the studio a lot of times. For this album in particular, I wanted to show that version of me — the one who’s brave and extroverted and who sings about taboos and does what she wants and dances and is strong. It’s a part of me that was really hidden for a lot of my life, but it’s been able to come out with all of this. 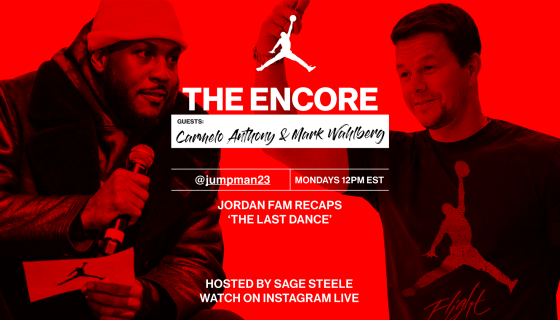