California Senator hopped off the campaign trail and stopped by the Tonight Show With Jimmy Fallon. Like our favorite forever president, Barack Obama, she “Slow Jam The News”  becoming the first woman to take part in the hilarious sketch.

He also added, “Ever since Barack left, we’ve been off track. But Kamala is trying to get us back to black.” That’s what Mamala Kamala hopes she can accomplish, but the competition in the for the Democratic Presidential nomination is steep.

Harris is the latest political figure to partake in the slow-jam franchise. Earlier this year fellow Democratic presidential contender Pete Buttigieg also stopped by the late-night talk show and joined in on the fun. famously ‘slow jammed the news’ in 2012, and 2016 and of course was one of the more popular editions.

You can watch Kamala’s segment below. 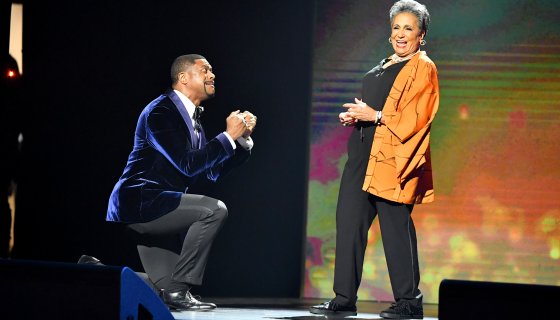