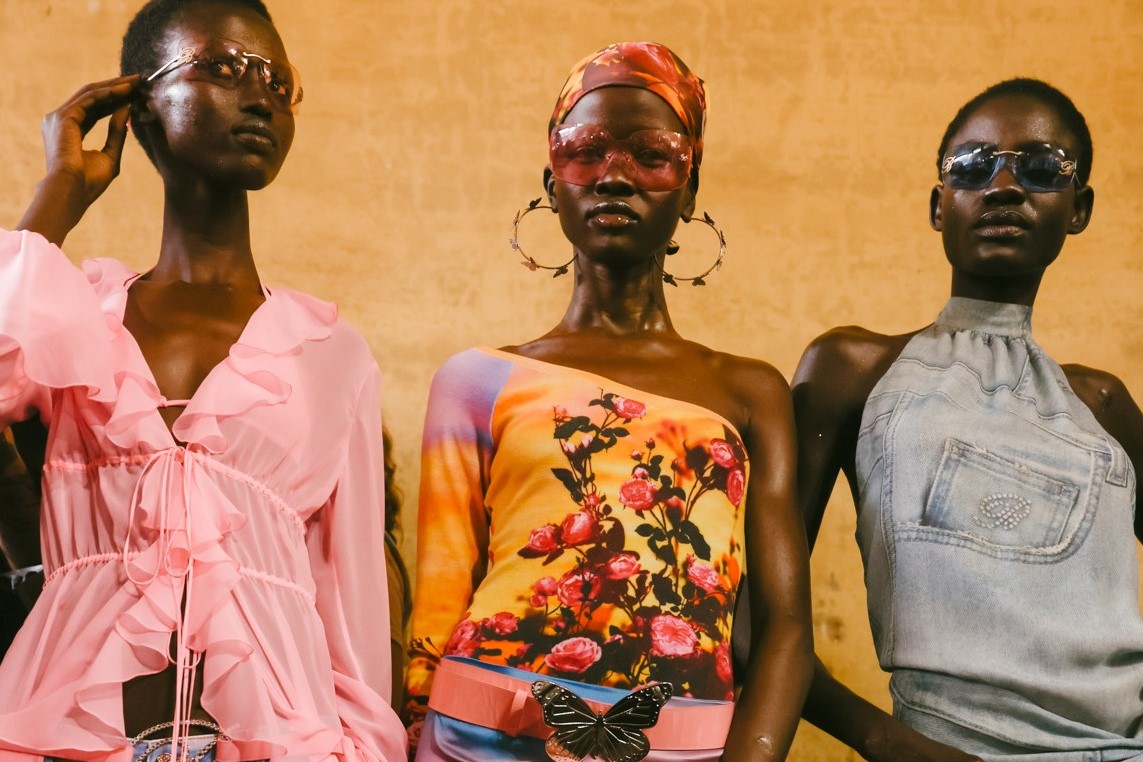 Nicola Brognano continues to resurrect the iconic brand, sending a collection that could have been lifted directly – in the best possible way – from an episode of The Simple Life down the runway for SS22

The exact moment I knew Blumarine was going to be the show of Milan Fashion Week was when a member of the production team, dressed all in black with a bluetooth headset tucked inside one ear, made her way up and down the hot fuchsia pink catwalk and sprinkled the length of it with iridescent glitter. Having taken its helm back in 2019, designer Nicola Brognano has been reinvigorating the Italian brand – beloved in the 90s, but later a little faded – with his own sparkling vision of Y2K era glam. And seriously: what’s more turn-of-the-millennium than tipping a pot of body glitter down yourself?

Given Gen Z’s unabating, all-consuming lust for the 00s – not just when it comes to fashion, but music, too – it’s not surprising that Brognano is on to a winner. Since joining the fold a little over two years ago, the Italian designer has been pumping out collections full of references to the era Paris Hilton, Britney Spears, and Lindsay Lohan reigned. “I was obsessed with them when I was younger (in Southern Italy),” he explains. “Even growing up and thinking about becoming a fashion designer, I have always wanted to make women feel as sexy and powerful as they were.”

Cut to the runway and SS22 offered more of the same energy Brognano has been offering since day one. Models drenched in glitter that sparkled under the glare of the runway bulbs stormed through the space in looks that could have been lifted directly from an episode of The Simple Life, with denim-printed, floor-skimming gowns, barely-three, frou-frou chiffon slips, and ultra-tiny micro minis in toothache-inducing candy hues all high on the agenda.

Styled knowingly by fashion tour de force Lotta Volkova, hip-grazing, distressed denim bootcut jeans were matched with bandana-style bandeaus, while baby-tees bearing Blumarine’s crystal-encrusted logo became the foil for miniscule G-strings layered with low-slung, gem-studded belts, frameless sunglasses with baby pink and blue lenses, and fluffy faux fur pouches. With a pounding soundtrack of Aphex Twin, Kelis, and more, truly, it was as if the clock had been turned back two decades.

Also present was the iconic butterfly top that Brognano first brought back from the dead in 2019. Previously worn by the likes of Mariah Carey and Salma Hayek, the style is fast becoming a Blumarine signature. In a recent interview, the designer explained that “Versace has its Medusa, and Blumarine has its butterfly” – though whether it has the longevity of Versace’s unmistakable emblem, when the fervour for Y2K inevitably reaches its conclusion, remains to be seen.

For now, though, the brand is doing a roaring trade, dressing Insta-baddies and superstars the world over – with Dua Lipa, Bella Hadid, and Olivia Rodrigo all counting themselves as fans of Brognano’s unique and hyper-specific blend of new noughties nostalgia. Plus, if ever there was a time when looking hot is more than enough, surely it’s now – as we crawl out of our pandemic holes ready to face ‘the new normal’ (whatever that means).

One thing I’d love to see in future, however, is some body diversity on this runway. With the early 2000s ushering in the size zero era, the period is renowned for turning a generation of teen girls against their bodies. What better to offset this nostalgia with a more inclusion runway vision that goes against the grain of what came before. Cut to the likes of Paloma Elsesser, Alva Claire, or Precious Lee strutting down the runway in ripped denim or one of those fab, flowing, chiffon sheaths, and… well, I rest my case. 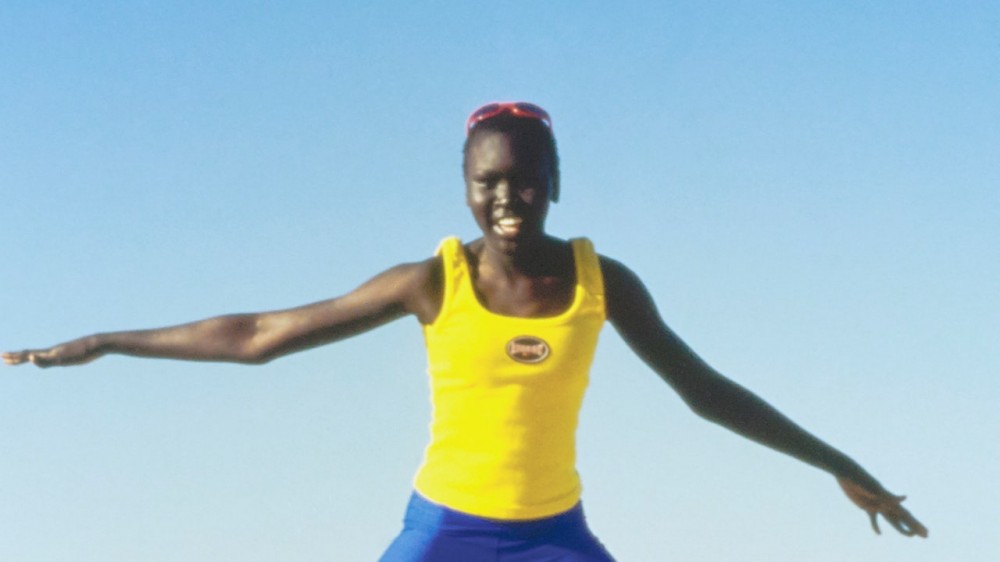 The Race Is On: How to Find the Best Running Shoes for You 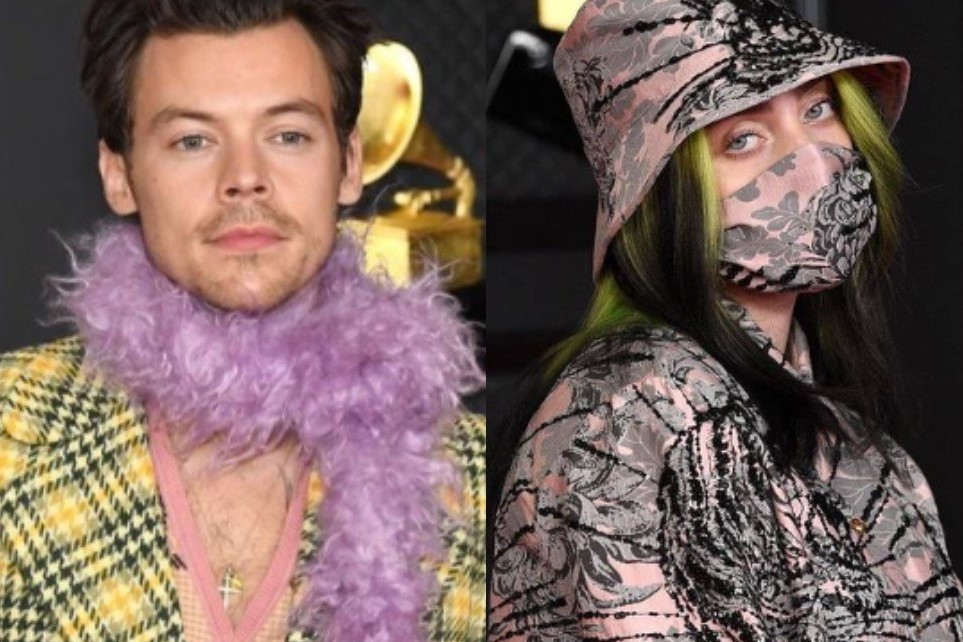 Harry Styles and Billie Eilish twinned in Gucci at the Grammys 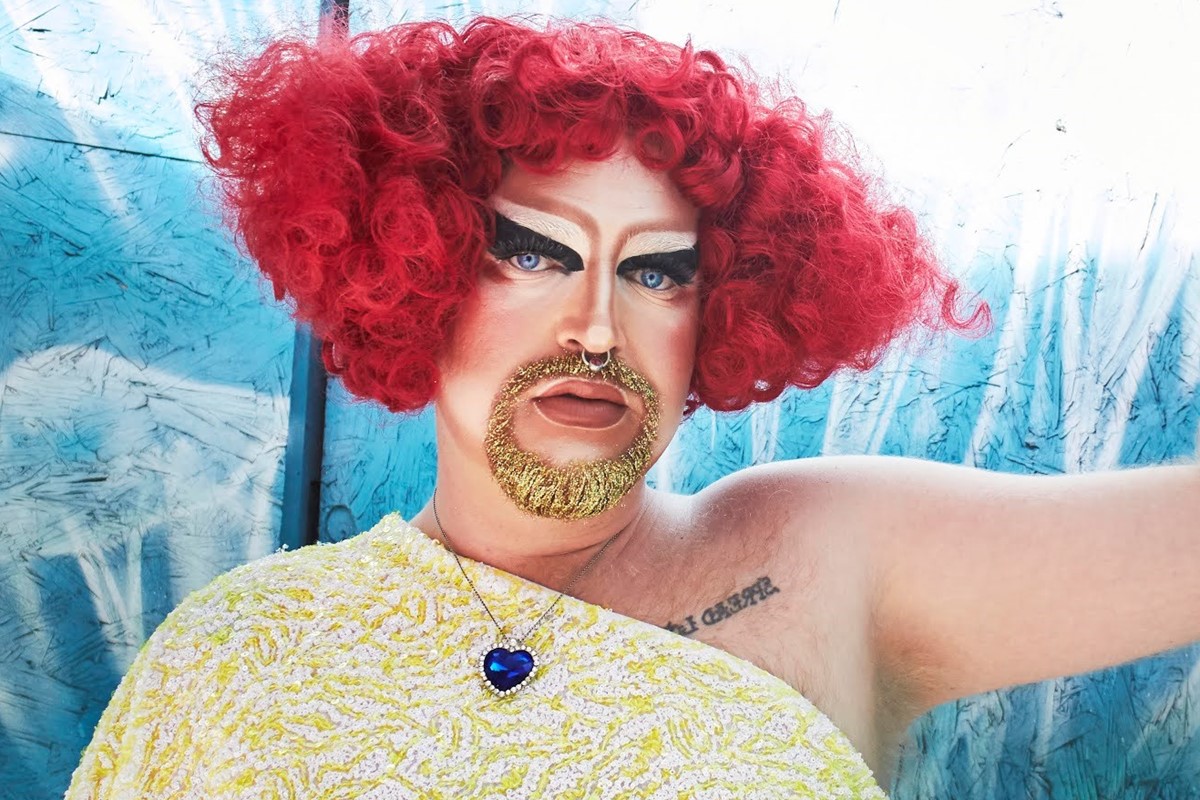 Introducing: the very glam diary of an international fashion girl