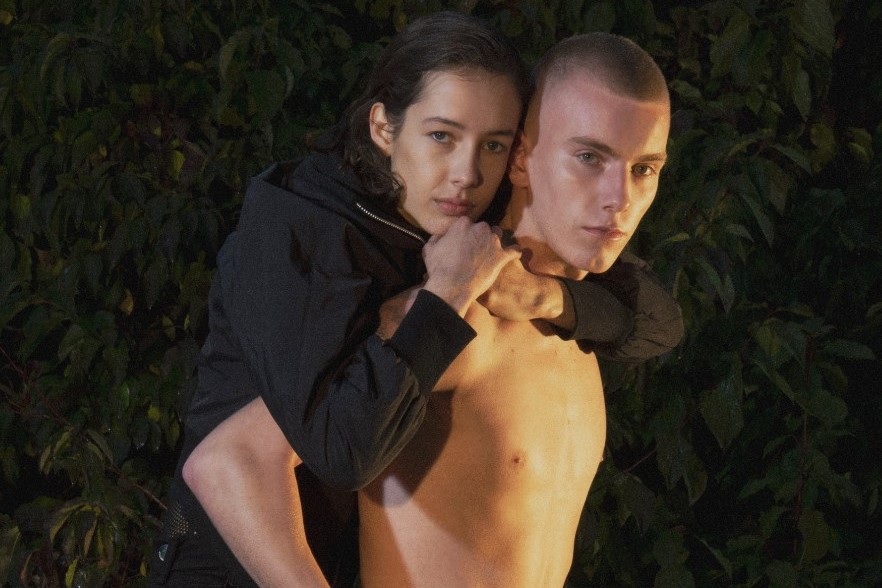 As he unveils his SS22 collection, the Irish designer just wants to make clothes that get people laid

Growing up in Galway, Rory Parnell Mooney would go to church twice every weekend. Once on a Saturday evening, when his dad would take him to Catholic mass, and another on Sunday morning, to a protestant service with his English mum. “It was a very confusing time and I don’t even think either of them are even particularly religious,” he laughs, “but Ireland is funny like that. Saturday night would last for 30 minutes and you all go to the pub after and Sunday was just like a social for all the English people in town.” It meant that, despite the hours spent kneeling behind pews, none of the bible bashing did anything to inspire any particular kind of belief.

“It was just so dramatic. As a gay seven-year-old I was obsessed,” the designer says, now recalling the times he spent visiting convents in the middle of nowhere, where his aunt was a nun. He remembers the musty aroma of incense and the specific jangle of rosary beads that the sisters would use as belts. “It was so atmospheric. A wild, opulent drama. It was like watching opera.” This notion of ritualistic dressing – how clothes are given meaning through ceremony – has formed the bedrock of Parnell Mooney’s work ever since he graduated from Central Saint Martins. It’s a theme he’s revisited in his most recent collection, too, which blends religious, military, and queer codes of dress.

For SS22, the Parnell Mooney boy wears see-through khaki tops and blown-out utility belts, redolent of the uber-femme couture silhouettes of the 50s, where exaggerated hips reigned supreme. Tailoring, too, transforms the masculine form into something a little more femme, thanks to nimble waist ties and wrap-around panelling. “I’m always playing with these juxtapositions, I like things that feel a bit wrong,” he says. Even the collection’s more virile pieces, like wipe-clean vinyl bombers and bleached denim trousers – looks which could easily be staring out from a darkroom in Berghain – come structured with corset-like detailing. In reality, the offering straddles many worlds and archetypes, which is perhaps a result of the designer’s magpie-like range of influences.

“I find it hard to pick out specific points of reference because I’d describe my work as a dragnet, or a trawl, of everything that I’ve seen over the past six months.” Parnell Mooney does, however, credit many of the looks to Beau Travail, the 1999 reworking of Billy Budd set in the African desert, starring a legion of French soldiers. “There are all these really amazing scenes of them washing their clothes and getting dressed where you see all the different layers pulling and twisting against their bodies. You just end up studying their outfits.” Although nothing verifiably gay happens onscreen, the film’s often described as being homoerotic, and many of Parnell Mooney’s designs seem to speak to a nascent queer dialogue in menswear.

The lace-up trousers, the bandeau-like tops, the scooped vests, the techno-harness patterns. As a new generation of designers are increasingly explicit in establishing a gay wardrobe (”I’m super comfortable for my brand to speak directly young queer people”) certain design flourishes are in constant conversation, reflected back by the likes of GmbH, MMRMS, and Ludovic de Saint Sernin. “I just want people to feel good in my clothes, to feel fucking hot. There’s so much power to that and I’m not sure enough designers do that. I think the last person who did that really amazingly was Tom Ford at Gucci.” Does Parnell Mooney make clothes for people to get laid, then? “I mean ideally,” he says, “but also to walk into a boardroom and demand a pay rise like they own 51 per cent of the company.”

The whole thing has been brought to life in a lookbook shot by Jamie Reid and Gerry O’Kane, which is the most elaborate production the designer has ever embarked on. Because of this, SS22 feels like our first proper glimpse into the Parnell Mooney universe, where clothes exist as part of a wider story. It’s little wonder then, that the designer has welcomed women into his fold, in habit-like veils, mesh slips, and suggestively-slit skirts. It’s all a bit Pond Life meets Benedetta. Illuminated by headlights in the middle of Hackney marshes, these individuals aren’t dogging, but they might have been, nor are they sneaking out of an illegal woodland rave, but again they might have been. The entire collection flirts with ambiguity, though, like in tie-dye cycling shorts with in-built y-fronts that look as though they have been tugged down below the pubes. It’s these small suggestive winks that lend his work a characterstic frisson of sexual tension.

In general, it seems as though Parnell Mooney has struck a healthier relationship with fashion. Not long ago he removed himself from the production cycle altogether and he’s since sequestered himself in a studio behind a shopping centre in Stratford (not Westfield, but the forgotten precinct which now stands in its shadows) away from any fashun distractions. And though he was meant to show SS22 during London Fashion Week in September, it just didn’t feel ready, so he didn’t. “I never want to sound like I’m like, pissing into the tent, but I am super tentative about being a designer who participates in the fashion system.” Bolstered by Reid and O’Kane, though, he now feels empowered to play by his own rules. “I don’t know why but it all feels so much more established. It suddenly feels real now, like I’m building a world. Like we’re building a world together.” 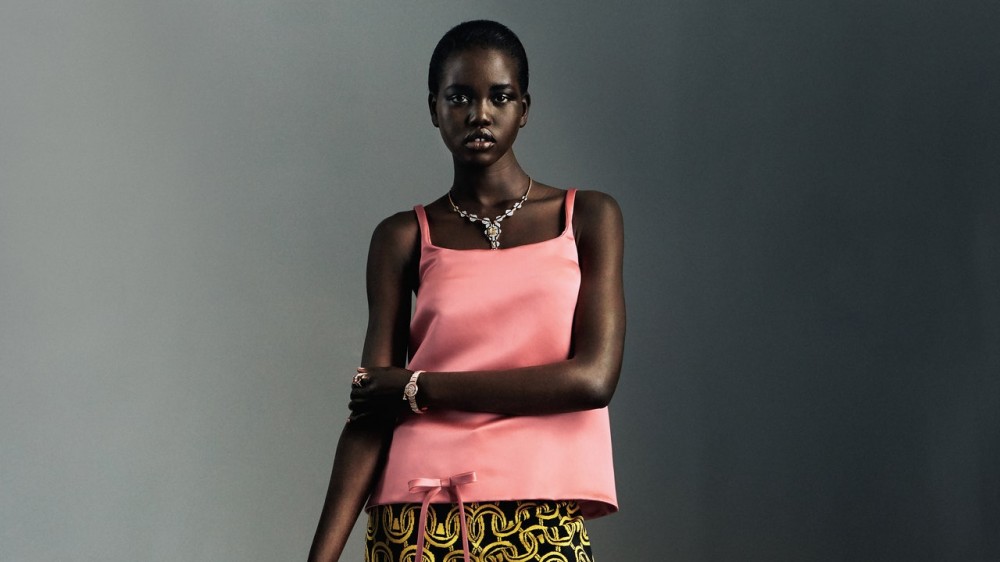 9 Vogue Staffers Reveal Which Shorts They Love to Wear 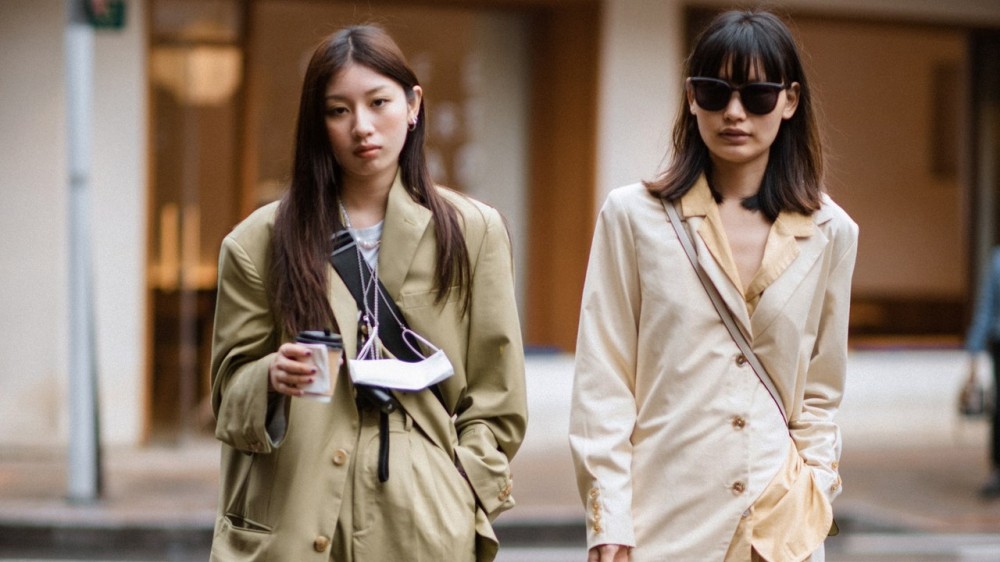 Unfussy Tailoring Was the Big Trend at Shanghai Fashion Week 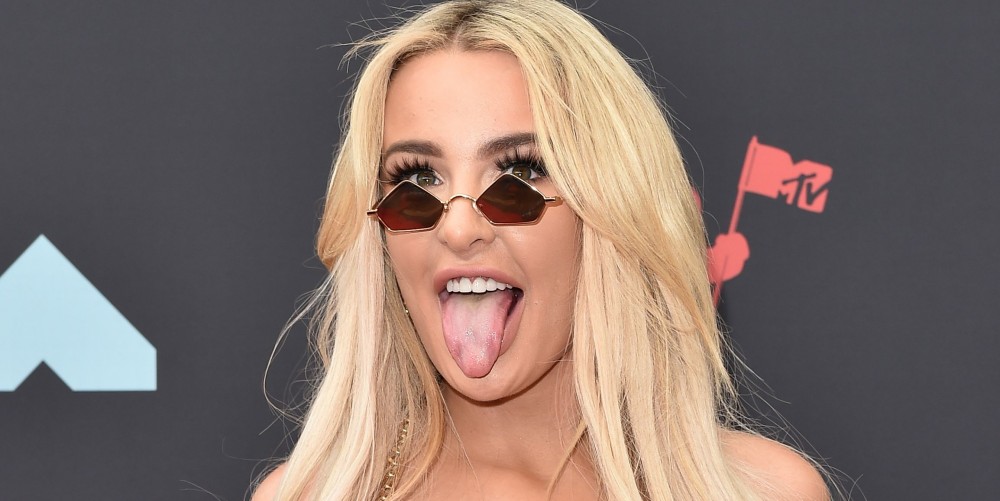