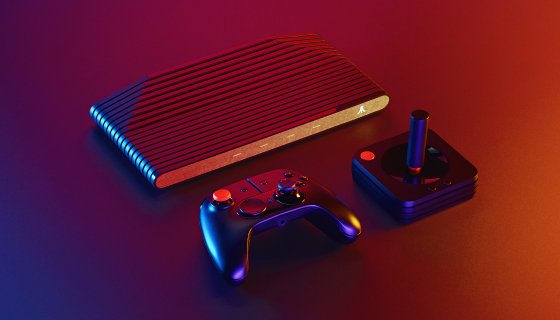 HHW Gaming: FINALLY The Atari VCS Has A Release Date, Here Is When You Expect To Get It

Atari’s return to the world of consoles was a , but now those who have backed the VCS can finally mark your calendars.

The , a console/PC hybrid, will finally hit shelves in the fall. According to Game Informer, those who backed the iconic game company’s console when it was just an Indiegogo campaign consoles will ship by October. Everyone else could look forward to finally purchasing one Holiday 2020. According to Walmart, the exact date is Friday, November 27.

It is also being reported that Neon’s reimagined version of the classic game Missile Command: Recharged will come with the VCS as a digital launch title in the Atari VCS store. The game is already out for the ,  PC, iOS, and Android and was well received. VCS owners could look forward to playing a special version of the game that will feature Classic Joystick compatibility.

The Atari VCS is available for pre-order and comes in three different colors. The Black Walnut VCS is available Atari’s website. The Onyx console can be purchased through Gamestop only, and the Carbon Gold console is a Walmart exclusive. The Atari VCS All-In Bundle includes the console, a classic joystick controller, and a modern controller and will cost $400.

If you pass on the bundle, you can pick up the base model for $300. Both the classic and modern joysticks will set you back $60 each.  As far as games, VCS owners will have access to the Atari Vault, and it will be stocked with more than 100 home and classic arcade Atari titles. The console will run on a Linux-based operating system, or you can install your own using Atari PC Sandbox Mode.

It sounds like the Atari VCS will launch around the same time Sony and Microsoft drop their next-generation consoles, the and Xbox Series X.

We don’t think Atari is trying to compete with those giants but instead focus on gamers who have a big love for gaming nostalgia.