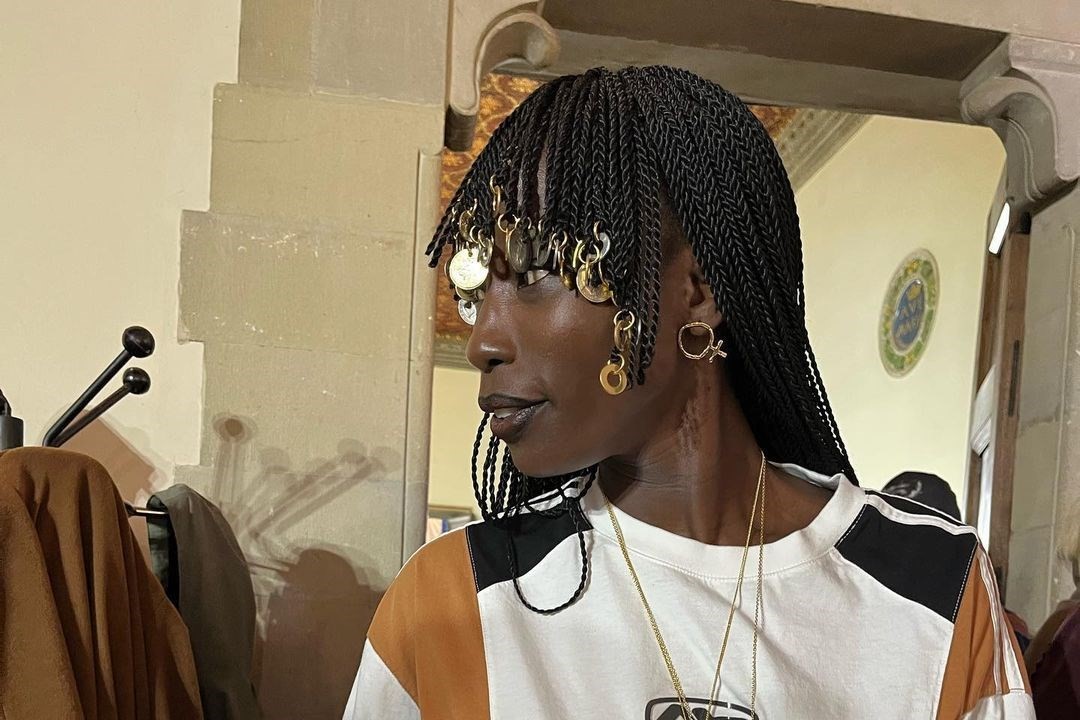 The designer bundled a ragtag crew of locals onto a Florentine runway for AW23, crafting fuckboy fashions for 21st-century renaissance men

At an early-morning preview of Martine Rose’s AW23 collection at Pitti Uomo in Florence, Italian journalists in three-piece-suits scribble away in old notebooks. Huddled together inside a 14th-century palazzo, it looks as though they’ve passed an ancient threshold, with its mahogany-panelled walls closing in on a time when people still recorded things on paper. Above them hang a series of ye olde worlde costumes – all jaunty flat caps, slashed breeches, and bouncy mutton sleeves – like five court jesters ready to flip into action and do a silly little dance.

Those particular outfits also seem like something Rose herself could have designed, their clown silhouettes sagging and arms twisted at skew-whiff angles. Only, they’re the costumes associated with calcio storico: a nerdy tradition where men dress up in mediaeval garb and play a violent combination of football, rugby, and wrestling. But if there is one thing Florentine people love, it is the past. It is, after all, the home of Leonardo Da Vinci and Dante – which is perhaps the reason why there is no The Shard here and why Pitti Uomo is still dominated by old men in sprezzatura tailoring and personality socks.

“I wanted to respond to the culture and history of Florence, and since I’m in the home of classic menswear – which I tend to twist, anyway – it just feels very comfortable, there’s a real playfulness to the collection,” the designer says. “But I feel very overwhelmed. This is my first time travelling for a show and I’m out of my comfort zone. I know that’s a good place to be, it just feels frightening at the minute.” Below, we run through everything you need to know about Martine Rose’s guest appearance at the AW23 edition of Pitti Uomo.

“I wanted to ingrain myself and interact with the city in a real way,” Rose said of her decision to stage a fashion show in the Porcellino Market – a historic marketplace originally built in the 16th century for the sale of silk, which now hawks artisanal leather goods and souvenirs. It was also home to the pietra dello scandalo, where debtors were known to get a public hiding during the Renaissance era. With famous Florentines etched into its colonnades, and Daniel Lee and Shayne Oliver in attendance, the set itself referenced a louche, Italian club environment. There were wall-to-wall bathroom mirrors and a piss green carpet. But an unlikely protagonist also emerged in a snaggle-tooth boar – a bronze statue beloved by locals for its ability to bestow good fortune on those who can successfully slot a coin through its mouth and into an underlying grate. People also rub and kiss its snout to ensure a happy return to Florence – which isn’t very COVID safe.

Rose is known for putting a ragtag bunch of street-cast models in wonky tracksuits, shrunken tailoring, and winklepickers – capturing wheeler dealers and feeding them through her funhouse mirror like some kind of fashionable Pied Piper. We’ve seen gabbers in trippy denim, bedraggled businessmen in dishevelled suits, and suburban yardies in frilly wedding shirts and square toed loafers. The designer’s AW23 show did the same – but in Italy. “The cast is full of locals. We have some Calcio Storico boys, locals from the market, and coffee shops, and everywhere around Florence alongside our friends from London,” Rose said. Together, those disparate tribes symbolise the plurality of est-block-7veryday wardrobes, with menswear, womenswear, formality, and costume buckling in on each other. “We literally pulled people out of shops and asked them to walk up and down for us. They were confused but curious and we met some amazing people along the way.”

When Rose first came to Florence to do a recce of potential showspaces last year, she discovered a bizarre sport known by Italians as Calcio Storico – which like a Renaissance reenactment meets football, rugby, and Greco-Roman wrestling. “It’s crazy and fits with my interest in football as a cultural phenomenon. I really wanted people to recognise their local heroes and feel a sense of joy when they see their coffee shop guy or their favourite Calcio Storico player,” she says. A folded-over boot bag was based on those that footballers carry their shoes in… albeit with the attitude of a ladies’ evening clutch. For the calcio players that perhaps dedicate too much of their time to brawling with the boys, there were Fuck-Up Bags (a kind of apologetic gift bag imagined for their partners) which were shrunken to miniscule sizes for comic effect.

Everything was warped and misshapen with the designer’s janky handwriting emerging across wadded sportswear, canvassed tailoring, shearling, and over-boiled knits. Stiff but not without humour, Rose messed with masculine ideals – subverting the all-American cowboy (see: the Compton Cowboy mood board that inspired her work for Kendrick Lamar) in exaggerated, laser-cut fringing and camp sleeve rolls. As usual, there was plenty of bizzaro denim, with low-rise and boot cut jeans buckled with massive hardware and trailing belts. “People are my first and foremost interest,” the designer said. “I love people and I love trying to understand them. I’m very interested in ordinaryness and everydayness,” Rose says. But she was also inspired by the New Wave movements of Bologna, Florence, and Italy in general – mirroring their sharp, detached tailoring in her own designs. Jackets were boxy and cropped with a detached froideur, their lapels inverted for added severity.

A descendant of the cosmic and Italo pop genres, which laid the foundations for Ibizan club classics, Italo House was something of a lodestone for British nightlife in the 80s and 90s. Rose translated all those euphoric, synthed-up sounds into “toy clothes” with carnivalesque proportions. There were overstuffed and fur-trimmed bubblegum-pink puffer jackets; jumbo corduroys; and cropped bomber jackets with big, Renaissance-swagged collars. Tailored jumpsuits looked like two-piece suits from the front (she calls those BuyOneGetOneFree) while sensible trousers were draped around the bum like a lazy-man’s bumster and formal shoes were given unsettling, snout-like toes – which was perhaps a reference to the lucky piglet. 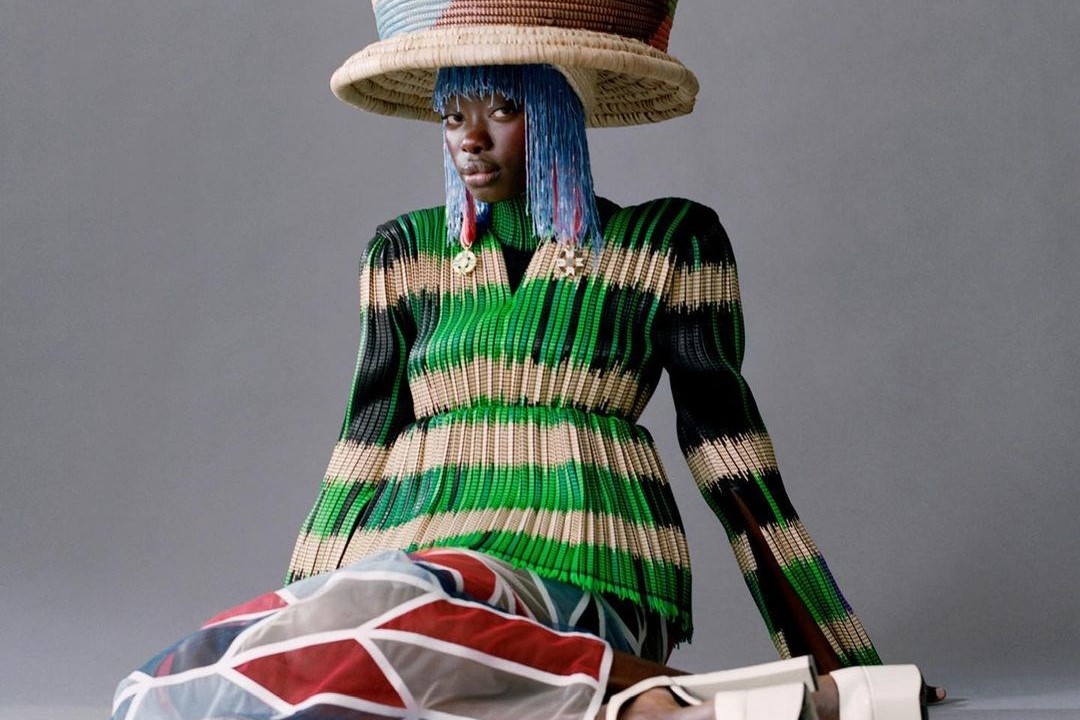 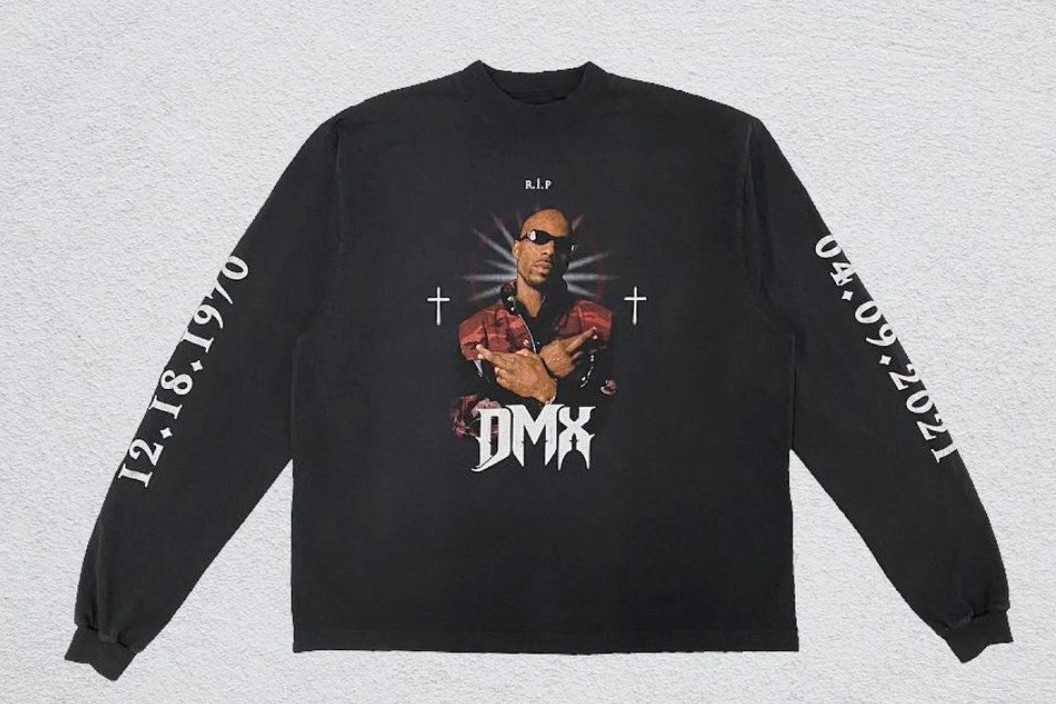 Kanye West calls on Balenciaga for a $1 million DMX tribute 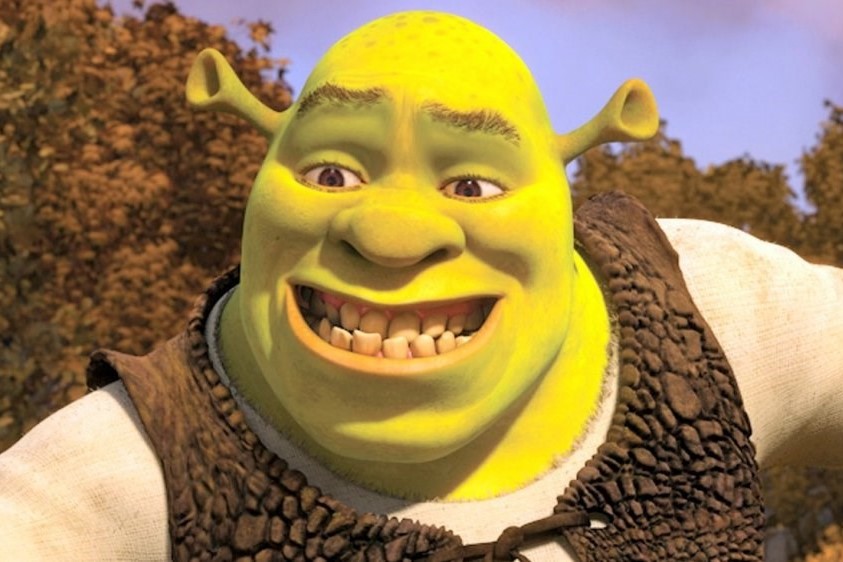 And now Shrek is a hypebeast